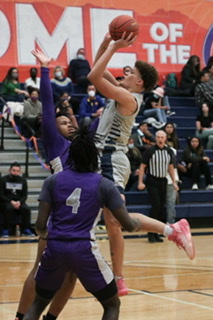 The Aztecs made the NJCAA Region I, Division II Playoffs but fell at Scottsdale Community College in the semifinals. They finished 17-13 overall.

Jackson will play his sophomore season for the Aztecs in 2022-23.