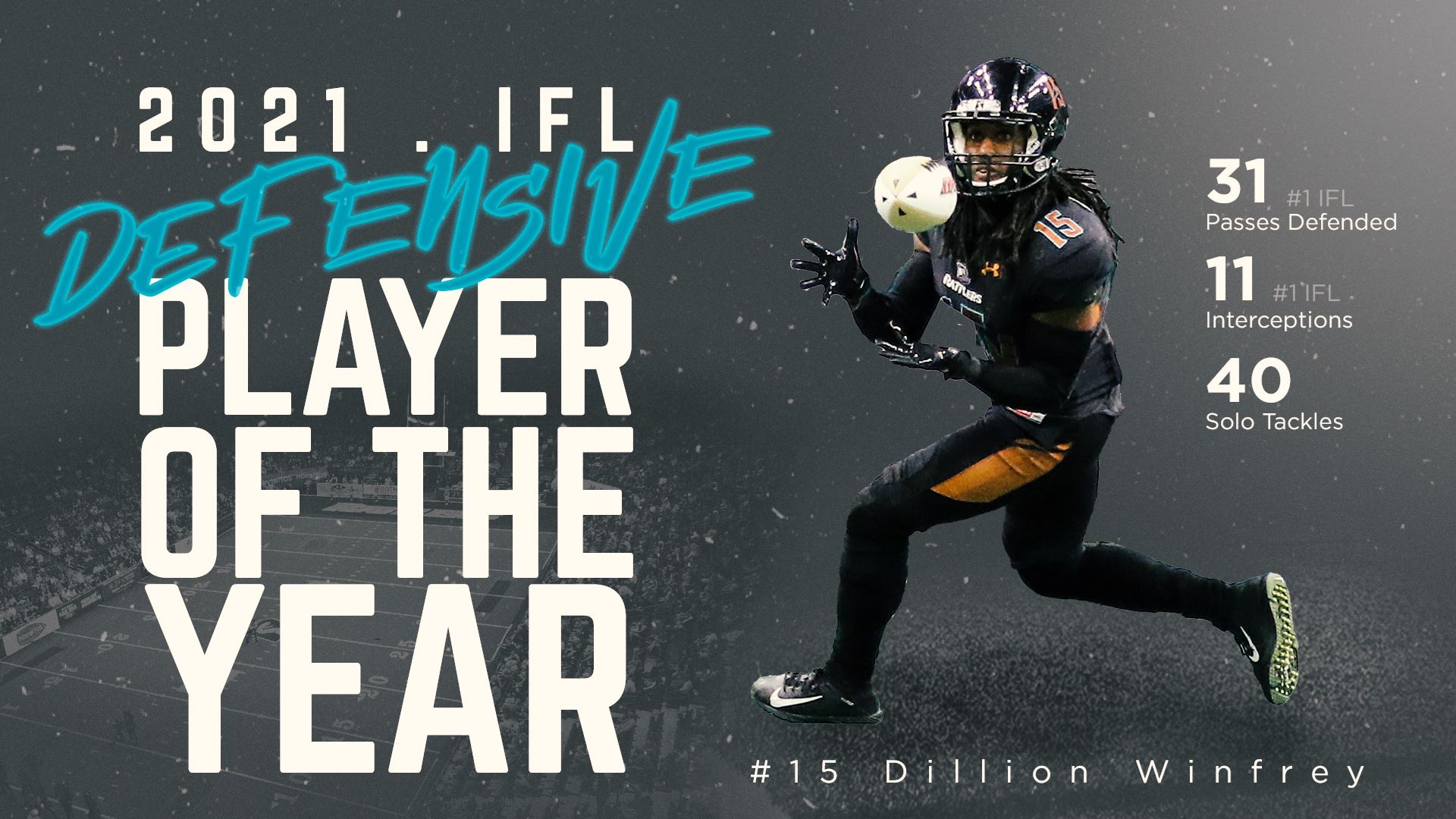 (Phoenix, AZ)  The Indoor Football League (IFL) has announced that Arizona Rattlers defensive back Dillion Winfrey has been named the 2021 IFL Defensive Player of the year (DPOY).

This is Winfrey’s first DPOY award of his career, and it comes on the heels of garnering his first All-IFL First Team award for defensive back last week.

“I’m very happy for Dillion,” Head Coach Kevin Guy said. “He has developed into the ultimate professional. From a street free agent, we found at an open tryout, to DPOY. I could not be more ecstatic for him.”

Winfrey led the IFL in both passes defended (31), pass break-ups (20) and interceptions (11) in the 2021 regular season and averaged a league-high 0.79 interceptions-per-game.

Dillion finished the season with 59 total tackles (48 solo), an INT return for a TD and one forced fumble. On the season, Winfrey took home the IFL Defensive Player of the Week honors twice (Week 16, Week 18).

Winfrey’s efforts on defense led the Rattlers the second-best scoring defense (35.8) and INT total (17) in the league and his total INTs is over double the next highest individual total in the IFL in 2021.

In the Rattlers home game against the Tucson Sugar Skulls on August 8, Winfrey tied the franchise record for most INTs in a single game with three.

Winfrey also had three-straight games with multiple INTs and recorded 8 total INTs over the last five games to end the regular season.

Thus far in the postseason, the Rattler DB has snagged two more INTs to help lead the Rattlers to the United Bowl.

“I’ve coached a lot of good football players through the years, but watching Dillion grow as a player and a person has been more than enjoyable,” Guy said. “He’s the kind of guy that’ll be successful at whatever he chooses to do in life.”