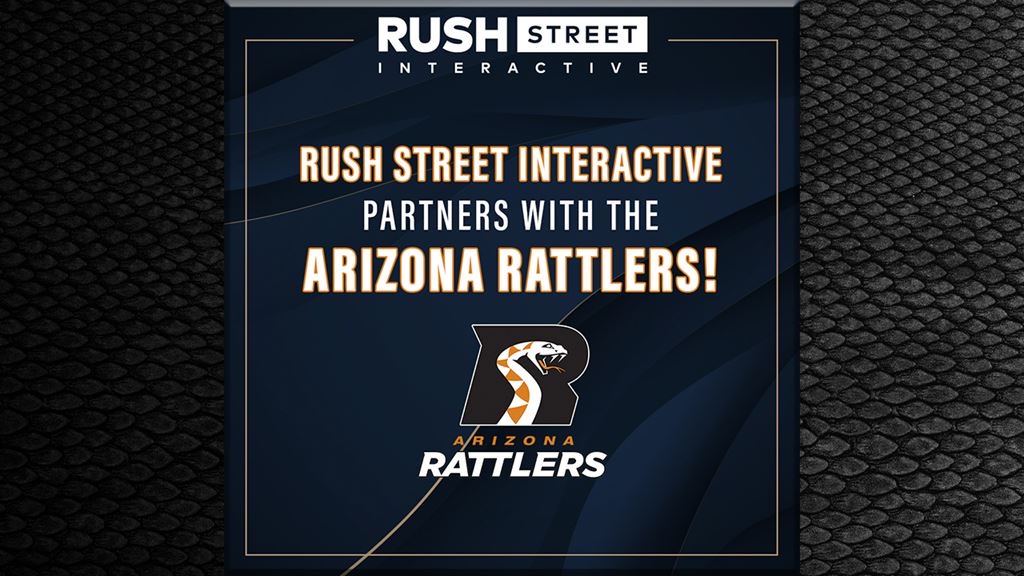 The Arizona Department of Gaming determined that the application by the Rattlers and RSI is eligible for one of the ten sports wagering licenses associated with an Arizona professional sports team or franchise and has granted RSI a temporary event wagering designee license. RSI plans to launch online sports betting in the state under its BetRivers brand during the upcoming NFL and NCAA fall football seasons.

“We are very excited to bring our BetRivers mobile apps to Arizona together with the Rattlers, which are deeply rooted in the Phoenix community and share RSI’s commitment to excellence,” said Richard Schwartz, Chief Executive Officer of RSI. “Arizonans are accustomed to receiving a championship caliber product on the field with the Rattlers, and we look forward to offering them a similarly high-quality product off the field through our award-winning BetRivers platform and top-notch customer service.”

“Arizona is home to the greatest fans in the country, and we are thrilled to help them enjoy online sports betting through our long-term partnership with RSI and the BetRivers team,” said Ron Shurts, Owner and Chief Executive Officer of the Arizona Rattlers. “Following our league-best regular season, this partnership continues the Rattlers’ tremendous success and momentum ahead of our round-one home playoff game this Sunday, where the BetRivers logo will be present.”

Arizona joins Connecticut, Louisiana, Mississippi and New Mexico as states where RSI has recently announced market access partnerships, with the latter two being subject to the passage of enabling mobile gaming legislation. Based on publicly available data, RSI is the market leader in the three most populous states that have legalized retail sports betting – Illinois, Pennsylvania and New York – and is a top five online sports betting company in the United States per gross gaming revenues over the past 12 months, according to a July 2021 report from industry market research firm, Eilers & Krejcik.

Mr. Schwartz concluded, “We thank the Rattlers as well as the Arizona Department of Gaming for their trust and partnership and look forward to working together to offer the people of Arizona entertaining, innovative and responsible gaming options.”

This press release includes “forward-looking statements” within the meaning of the “safe harbor” provisions of the Private Securities Litigation Reform Act of 1995. RSI’s actual results may differ from their expectations, estimates and projections and consequently, you should not rely on these forward-looking statements as predictions of future events. Words such as “expect,” “estimate,” “project,” “budget,” “forecast,” “anticipate,” “intend,” “plan,” “may,” “will,” “could,” “should,” “believes,” “predicts,” “potential,” “continue,” and similar expressions are intended to identify such forward-looking statements. These forward-looking statements include, without limitation, RSI’s expectations about the anticipated timing of launch of its operations in the state of Arizona, the expected benefits of its partnership with the Rattlers, and its anticipated results of its operations and future performance in the state of Arizona. These forward-looking statements involve significant risks and uncertainties that could cause the actual results to differ materially from the expected results. Most of these factors are outside RSI’s control and are difficult to predict. Factors that may cause such differences include, without limitation, changes in applicable laws or regulations, unanticipated product or service delays, and other risks and uncertainties indicated from time to time in RSI’s most recent Annual Report on Form 10-K, including those under “Risk Factors” therein, and in RSI’s other filings with the SEC. RSI cautions that the foregoing list of factors is not exclusive. RSI cautions readers not to place undue reliance upon any forward-looking statements, which speak only as of the date made. RSI does not undertake or accept any obligation or undertaking to release publicly any updates or revisions to any forward-looking statements to reflect any change in its expectations or any change in events, conditions or circumstances on which any such statement is based.

RSI is a trusted online gaming and sports entertainment company focused on regulated markets in the United States and Latin America. Through its brands, BetRivers.com andPlaySugarHouse.com, RSI was an early entrant in many regulated jurisdictions and is currently live with real-money mobile, online and/or retail operations in ten U.S. states: Pennsylvania, Illinois, New Jersey, New York, Michigan, Indiana, Virginia, Colorado, Iowa and West Virginia. RSI is also active internationally, offering its online casino and sportsbook in the regulated gaming market of Colombia on RushBet.co. RSI offers, through its proprietary online gaming platform, some of the most popular online casino games and sports betting options in the United States. Founded in 2012 in Chicago by gaming industry veterans, RSI was named the 2020 Global Gaming Awards Digital Operator of the Year and the 2021 EGR North America Awards Casino Operator of the Year, Customer Services Operator of the Year and Social Gaming Operator of the Year. RSI is committed to industry-leading responsible gaming practices and seeks to provide its customers with the resources and services they need to play responsibly. For more information, visit www.rushstreetinteractive.com. 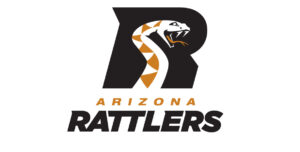 About the Arizona Rattlers