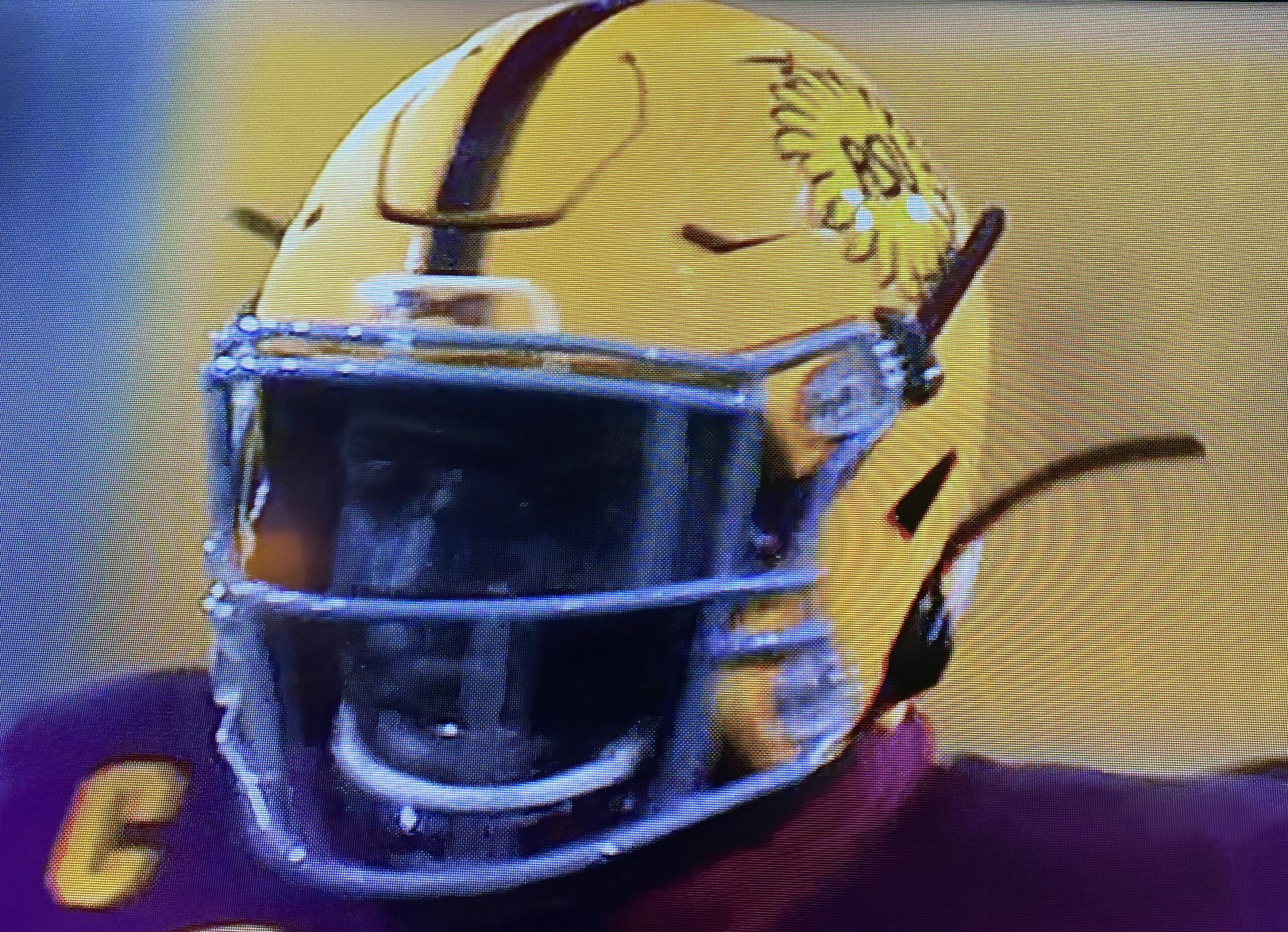 (Tempe, AZ)  The Sun Devils finally got their first taste of home cooking as it took until December 5th to have their first game in Sun Devil Stadium.

Enter the UCA Bruins who were looking to get above the .500 mark for the first time in the Chip Kelly era. 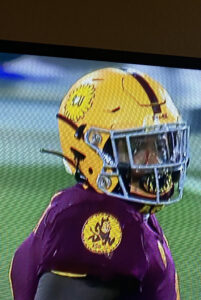 A chilly 55 degrees greeted both teams as they came out of the locker room to start the game.

ASU wore throwback jerseys to commemorate the 1975 Sun Devil Team that went 11-0 and finished the season ranked #2 in the final AP Poll after defeating a strong Nebraska team in the Fiesta Bowl.

The first half of the opening quarter, both teams had difficulties sustaining any offensive flow.

At the 6:05 mark, Daniels got a much needed first down on a third and ten. The next play, a thirty five yard completion to Andre Johnson and finally the Devils got rolling.

They advanced the ball into the Red Zone at the UCLA 19 yard line. From there the drive stalled and Christian Zendejas just missed to the right on a forty five yard attempt and the first quarter ended scoreless.

It didn’t take the Bruins long in the second quarter to score a touchdown on a return route catch by Delon Hurt. 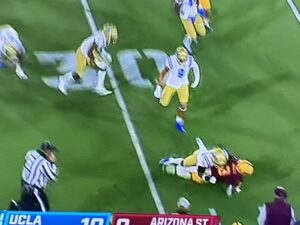 UCLA changed their offensive scheme on that drive with more quick pass routes to keep the Devils off balance which is a Chip Kelly trademark.

ASU continued to look rusty offensively, but that could be expected with a three and half week layoff after their only other game, a close 28-27 loss to USC.

Deep in Sun Devil territory, UCLA had a bad snap over the head of Dorian Thompson-Robinson on 3rd down that forced a 44 yard field goal by Nicholas Barr-Mira to extend the Bruin lead to 10-0 with 5:30 left in the first half.

Lightning struck just prior to the half as Thompson-Robinson saw the Devil’s man on man coverage on a drop back from the eleven yard line,  tucked the ball away and scored on a keeper to put the Bruins ahead 17-0.

Just prior to the half, the Bruins were called for a tripping penalty that gave the Devils a final shot to get on the scoreboard. 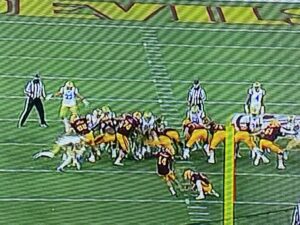 ASU kicked a 49 yard field goal by back up kicker Jack Luckhurst to salvage a lackluster first half.

The Sun Devils had a scant 41 yards rushing with Jayden Daniels throwing for 106 first half yards.

Arizona State actually had more first downs that the Bruins 4-3 and also had the possession edge 16:46 to 13:14, but the big plays by Thompson-Robinson were the undoing of the Devils.

Two and a half minutes into the third quarter, a little “razzle-dazzle” front the Sun Devils got the a fifty one yard gain off a throw back from Daniels to Ricky Pearsall to Rashad White to the UCLA eleven yard line,

A questionable “illegal man downfield” penalty just delayed the inevitable as Daniels to Frank Darby from ten yards out got the Devils in the end zone for the first time.

More importantly, ASU had cut the Bruins lead to a touchdown 17-10 and had scoured ten unanswered points.

Getting on the board and making the game a one possession affair, the defense showed renewed effort.

UCLA flipped-flopped coming out of halftime with three punts in their first three third quarter possessions. 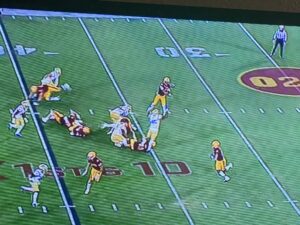 A potential game tying touchdown pass to Johnson from Daniels was negated by a second illegal man downfield.

After another penalty, this time for offensive holding, Daniels mishandled the snap after the pulling guard knocked the ball free ad UCLA pounced on the ball and dodged a huge bullet.

A safety was assessed after a UCLA penalty in the end zone got ASU closer at 17-12.

The Sun Devil’s kept coming up empty with opportunities to grab the lead with a Bruin pick in the end zone on their next possession.

Getting the minimum out of the maximum was the story of the third quarter for Sparky and its always the “what could have been” that has driven coaches crazy over the years.

Finally the Devils righted the ship as Daniels followed the man in motion to the left and took it untouched into the end zone.

After three attempts at a two point conversion, ASU came up empty but had soured the eighteen unanswered points to finally take their first lead 18-17 with 4:26 left to go. 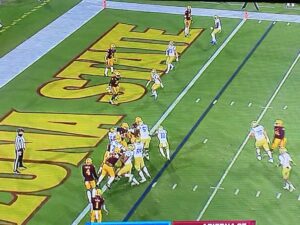 The ghosts from the USC game that the Devils let slip through their fingers reappeared as UCLA scored with 1:09 to play, and their two point conversion was successful after a review. Bruins back on top 25-18.

ASU was called for their third “ineligible man down field” at the most critical time with less than a minute left. Lack of execution by the offensive line was the undoing of this game for the Sun Devils.

A last ditch effort of a rushed Hail Mary was knocked down and the Bruins were finally over the .500 mark for Head Coach Chip Kelly.

Bruins comeback with a 25-18 win  and a date with USC next week.

For the Devils, once again poor fundamentals and untimely mental errors have kept them winless in their only two games.

Up next is the Territorial Cup matchup against Arizona in Tucson Dec 13th.

Both teams are winless although the U of A has played more games and come in with a eleven game losing streak.

Something has to give and one team will walk away with their first win.

All screen shots are from the game aired on FOX Sports 1 and are not the property of 602 Sports Talk.