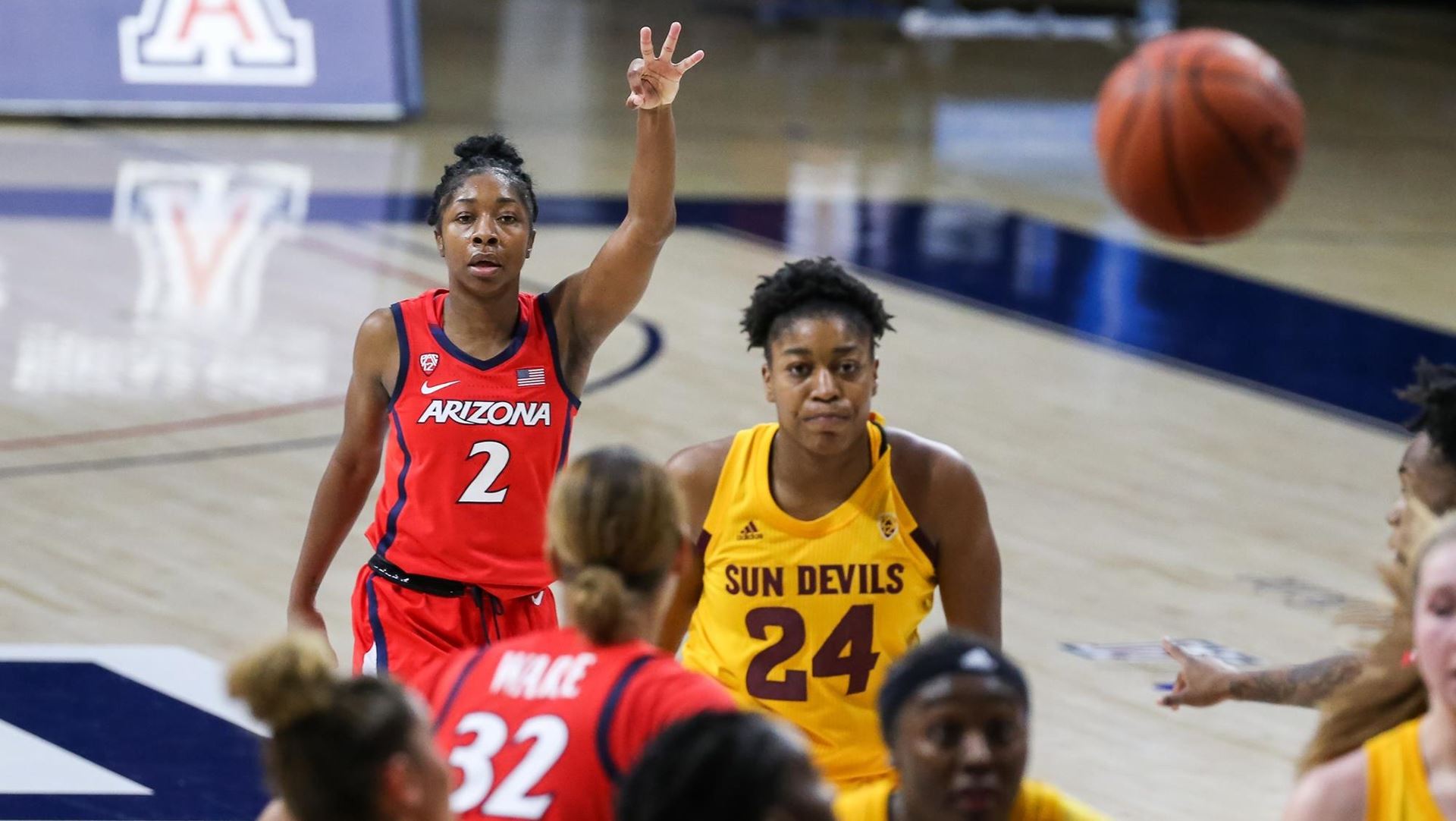 (Tucson, AZ) (AP) — Aari McDonald had 22 points and made five 3-pointers and No. 6 Arizona quickly turned its rivalry game against Arizona State into a rout in a 65-37 victory Thursday night.

Arizona shut down the Sun Devils in the first half to lead by 16 and picked apart their zone defense with crisp passing to win its third straight in the series. The Wildcats have started conference play 3-0 for the first time since 2003-04. 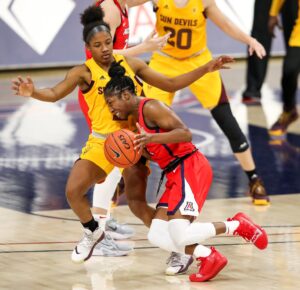 McDonald, an Associated Press preseason All-American, shot 5 for 11 from 3, had seven rebounds and three assists.
Arizona State struggled against Arizona’s aggressive man defense without assists leader Iris Mbulito, who injured her left shoulder against No. 11 UCLA on Sunday. The Sun Devils shot 27%, went 3 of 12 from the 3-point arc and had 23 turnovers that led to 24 Arizona points.

Arizona rose to its highest ranking at No. 6 in this week’s AP Top 25 after beating UCLA and holding off USC.