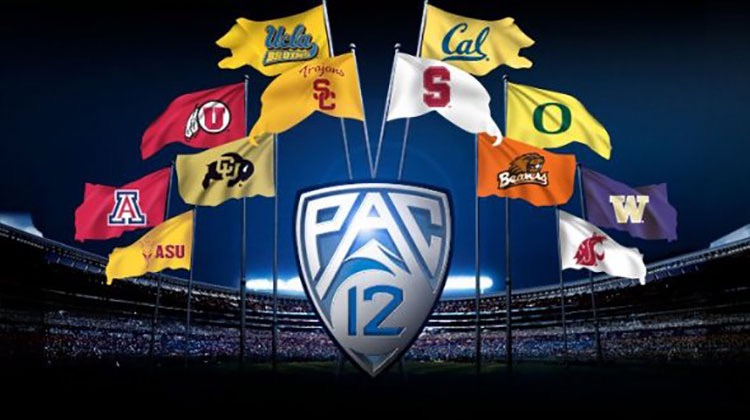 SAN FRANCISCO – Pac-12 Men’s Basketball nailed its expectations with 10 selections in the 2020 NBA Draft on Wednesday night, reaching double-digit picks for the second time in the past four years and just the fourth time in league history. Included among the Pac-12’s 10 selections were a national-best six First Round picks.

USC freshman Onyeka Okongwu was selected sixth overall by the Atlanta Hawks. The 2019-20 Pac-12 First Team All-Conference selection is the second-highest Draft pick in program history (O.J. Mayo – No. 3 in 2008), the first Trojan taken in the lottery since DeMar DeRozan (No. 9 in 2009), and is the fourth USC player taken in the past three seasons under head coach Andy Enfield joining De’Anthony Melton and Chimezie Metu in 2018 and Kevin Porter Jr. in 2019. It marks only the second time in the modern Draft era (1989) that USC has had three consecutive years of selections (2007-09).

WASHINGTON freshman Isaiah Stewart was selected 16th overall by the Portland Trail Blazers, though the pick will likely be traded to the Detroit Pistons. Rookie teammate Jaden McDaniels joined 12 picks later at No. 28 to the Los Angeles Lakers with a pending trade to the Minnesota Timberwolves. That gives the Huskies multiple First-Round picks during the modern Draft era for the third time in program history (2012, 2016).

ARIZONA’s trio of star freshmen all heard their names called on Wednesday as Josh Green went 18th overall to the Dallas Mavericks, 2019-20 Pac-12 Freshman of the Year Zeke Nnaji was chosen 22nd overall by the Denver Nuggets, and Nico Mannion went 48th to the Golden State Warriors. It marked the fourth time in the modern Draft era the Wildcats had three-or-more selections (1996, 1998, 2001) and gives head coach Sean Miller 13 draftees including nine First Rounders during his tenure in Tucson.

2019-20 Pac-12 Player of the Year Payton Pritchard of OREGON went 26th overall to the Boston Celtics. The consensus First Team All-American and Bob Cousy Point Guard of the Year became the eighth Duck drafted under head coach Dana Altman, the second in the First Round (Troy Brown – 2018). His selection also secured a unique benchmark for Oregon Athletics as it is the only school in the country to have first-round selections in the 2020 NFL, NBA and WNBA Drafts.

STANFORD’s Tyrell Terry kicked off the Second Round as the sixth Pac-12 freshman to come off the board with the 31st overall pick to the Dallas Mavericks. He is the first Cardinal freshman to be taken in the NBA Draft, and gives Stanford head coach Jerod Haase a pick for the second straight year  (KZ Okpala – 2019).

CJ Elleby, a First Team All-Pac-12 performer in 2019-20, went to the Portland Trail Blazers at No. 46 to become WASHINGTON STATE’s first NBA Draft pick since Klay Thompson in 2011.