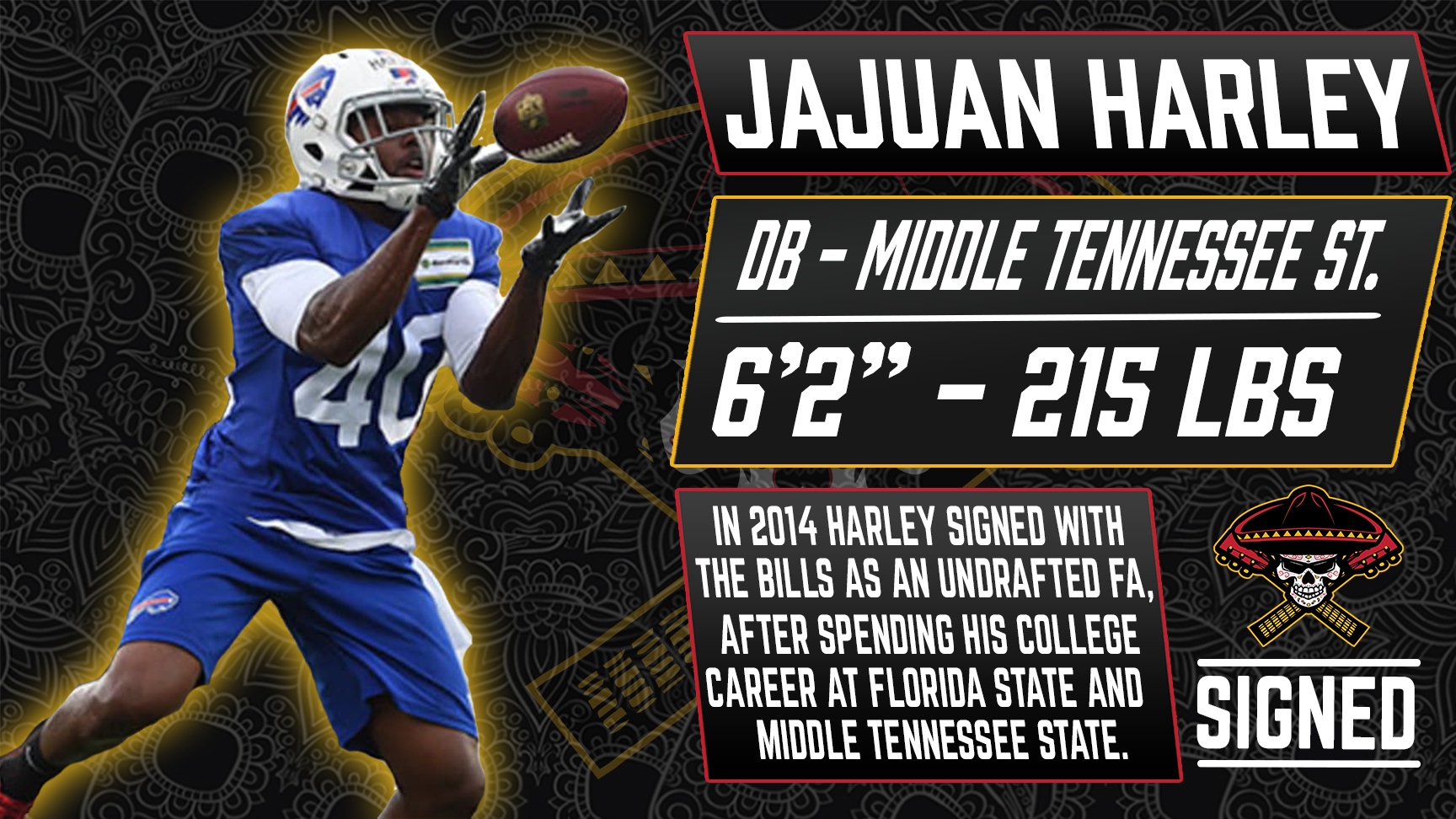 DB Jajuan Harley (6’2”, 215, Middle Tennessee State University) joins the Sugar Skulls after last having spent the 2019 season as a team captain for the Iowa Barnstormers.

In two games for Iowa, Harley recorded thirteen tackles, one sack and two tackles for loss.

Harley began his career at Florida State, where he appeared in nineteen games over two seasons. He transferred to Middle Tennessee State for the 2012 season, finishing the year with seventy four total tackles and one forced fumble.

He had a number of NFL tryouts, most recently with the Green Bay Packers and Buffalo Bill.