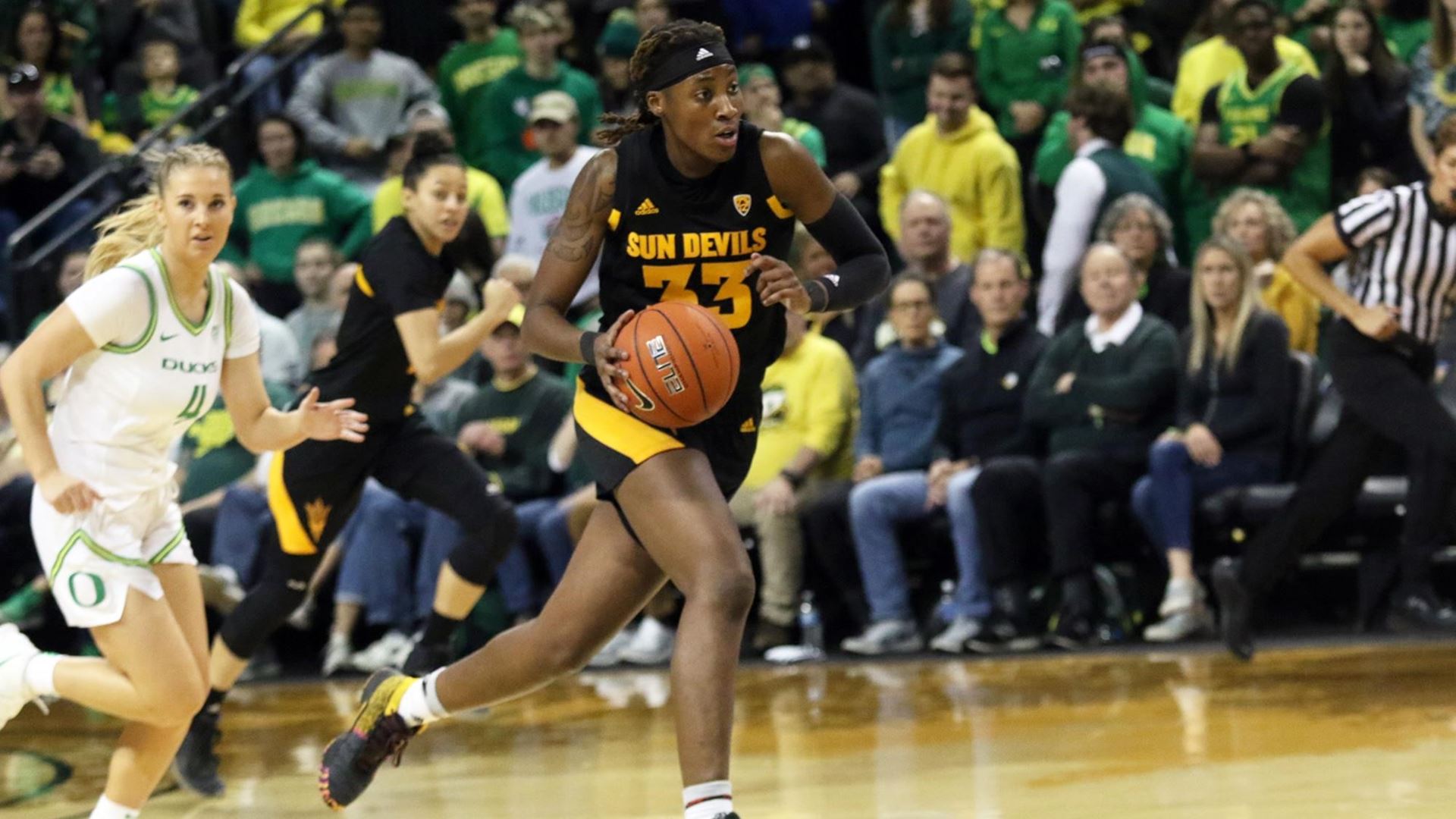 EUGENE, Ore. – The No. 19 Arizona State women’s basketball team dropped its third straight game – all to Top 10 opponents – as the Sun Devils were unable to keep pace with third-ranked Oregon, dropping a 79-48 decision to the Ducks on Sunday.

Oregon’s Sabrina Ionescu led all scorers with 19 points. Oregon scored 39 of its points from long range where the Ducks connected on 52 percent of their attempts (13-25).

The Sun Devils were without starting senior point guard Kiara Russell, who missed her second-straight game after getting injured in preparations leading up to this weekend’s road trip.

The Sun Devils committed 18 turnovers which the Ducks converted into 19 points.

The Sun Devils did not help their own cause with a 10-of-21 performance (48 percent) at the free throw line.

The first four minutes of the game was punctuated by outstanding defense by both squads. Neither team was able to score until a jumper by Walker gave the Sun Devils a 2-0 lead 4:14 into the game. From there, ASU would go cold from the floor while the Ducks scored the game’s next 15 points. ASU trailed by as many as 14 in the first half after Ionescu’s 3-pointer gave Oregon an 18-4 lead a little more than four minutes into the second quarter.

For all that had gone wrong for ASU in the first half, the game was still very much within reach after Bejedi hit a triple to cut Oregon’s lead to 22-13 with 2:38 left in the half. The Sun Devils would eventually go to locker room down 27-15, matching the same deficit they rallied from in the fourth quarter of last month’s 72-66 upset of then-No. 2 Oregon in Tempe.

Unfortunately for the Sun Devils, a repeat of the brilliant comeback was not to be as the Ducks doubled up ASU 30-15 in the third quarter. The 30 points matched what ASU scored against the Ducks in the fourth quarter of last month’s upset win and represented the most points scored in a quarter by a Sun Devil opponent this season.

The Sun Devils return to action on Friday (7 p.m. MST) when they host Washington State at Desert Financial Arena.