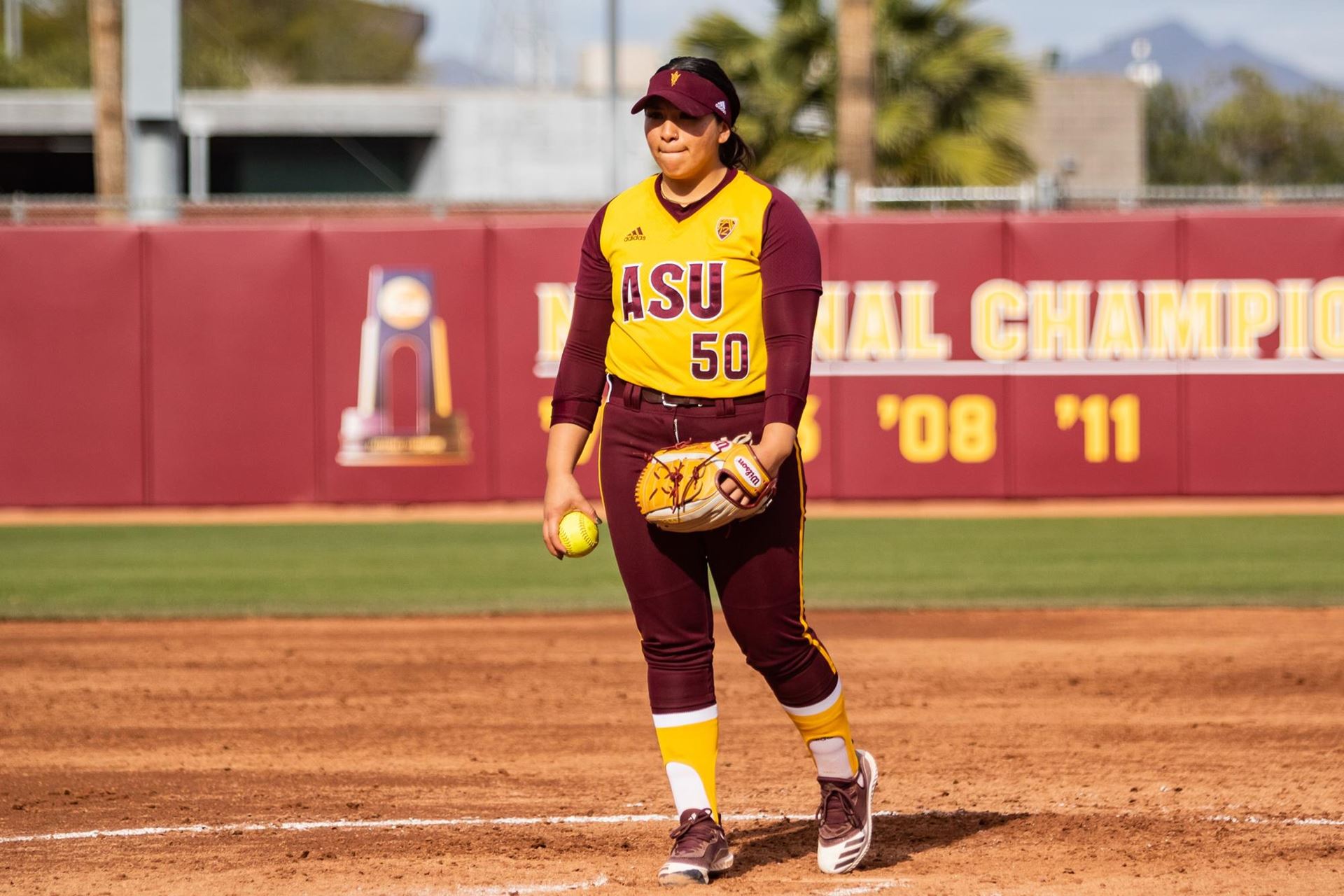 (Tempe, AZ). In No. 22/23 Arizona State softball’s 6-0 win over Seattle on the third day of the Kajikawa Classic, redshirt senior pitcher Cielo Meza threw 14 strikeouts and her first no-hitter as a Sun Devil and the third of her career. Last time Meza threw a no-hitter was on March 3, 2018 against Minnesota when she pitched for Long Beach State.

Former Sun Devil pitcher Giselle “G” Juarez was the last to throw a no-hitter on March 30, 2018 against BYU.

“I told myself to not look at the scoreboard and I keep telling myself three strikeouts, three strikeouts every inning,” said Cielo Meza. “I just wanted to get those outs quickly to get my team back in the dugout.”

The Sun Devils offense came out swinging in the bottom half of the opening frame with Maddi Hackbarth hitting a RBI double down the third baseline for a single run. Designated hitter Alli Tatnall followed with choppy single down the center to bring in two runs to extend the lead to 3-0.

With one out, freshman Alynah Torres stepped to the plate and hit a two-run bomb to right centerfield for her third home run of the season.

Starting pitcher Cielo Meza retired two Redhawk batters to hold off Seattle to set up the ASU offense for success. After going through the rotation in the first, Kindra Hackbarth led off with a triple to right centerfield and scored on Bella Loomis’ sac-fly to right field for a 6-0 Sun Devil lead.

The Sun Devil offense was held scoreless for three innings before putting the final run on the board in the sixth inning. Jazmine Hill led off with a double to left centerfield and Macy Simmons pinch hit for Yannira Acuna, during the at-bat Hill stole third. Simmons hit a sac-fly to center, allowing Hill to come home for the seventh run.

Meza struck out two Redhawks before facing the third who advanced to first on a hit by pitch. With the crowd anxiously awaiting a no-hitter, the next batter came to the box. Meza threw her 14th strikeout and walked away with her third career no-hitter, the first as a Sun Devil.

Up Next
ASU is back in action tomorrow, Monday, February 10 for day four of the Kajikawa Classic. The Sun Devils will play one game against No. 12 Tennessee at 7:00 p.m. MST which will be broadcasted on the Pac-12 Network. Fans can follow @ASUSoftball on Twitter to keep up all season long with Sun Devil Softball.