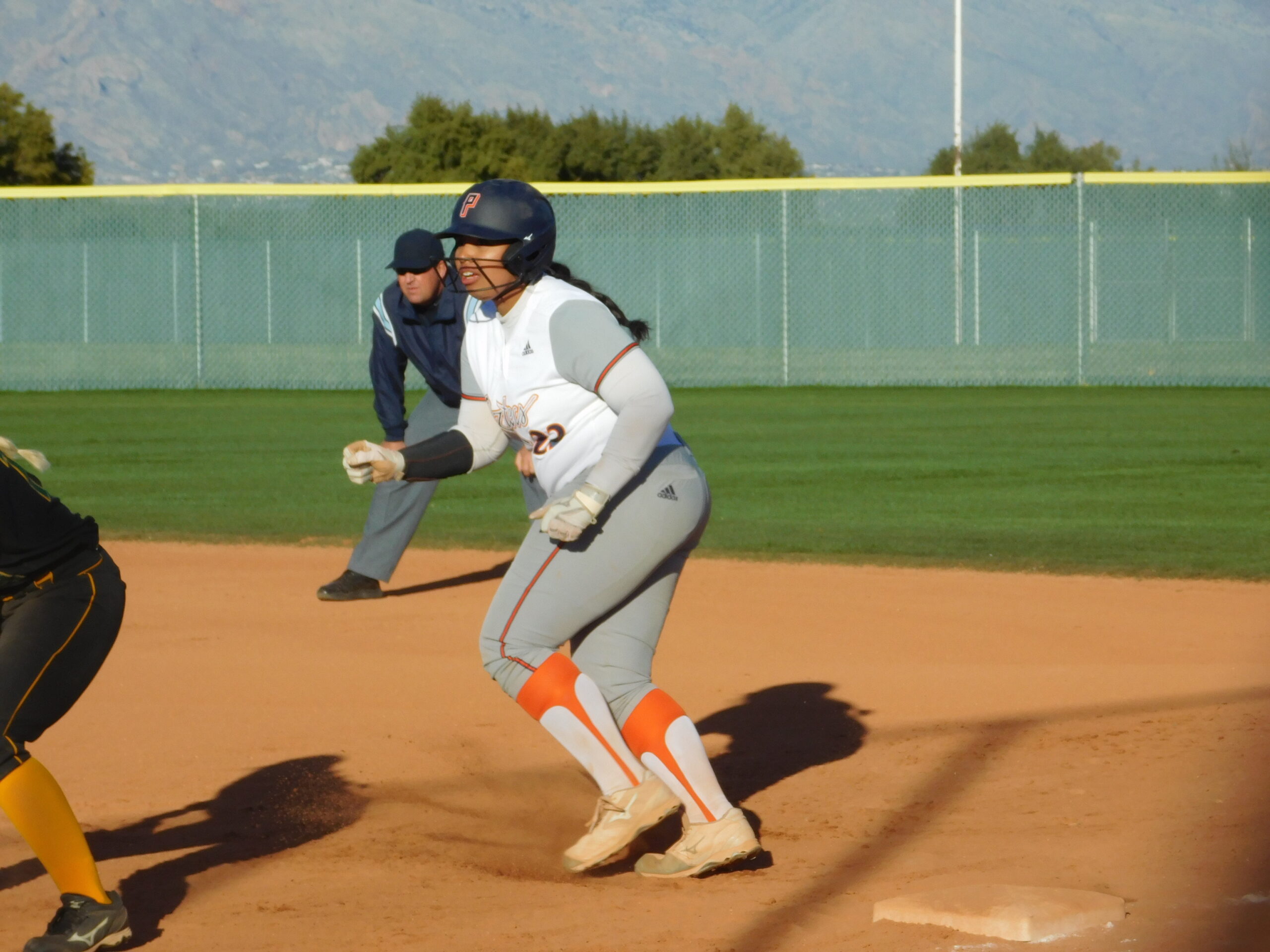 (Mesa, AZ)  The Pima Community College softball team (0-3, 0-3 in ACCAC) played its first ACCAC conference doubleheader on the road on Saturday at Mesa Community College (8-2, 2-2).
The Aztecs struggled to manufacture runs as they had 13 hits but left 13 runners on base in the two games.

·         Game 1: Mesa CC Thunderbirds 4, Pima CC Aztecs 0: The Aztecs loaded the bases in the first two innings and had stranded runners on second and third base to end the 6th inning. They left nine runners on base for the game.
Sophomore Amaya Turner-Vizcarra (Tucson HS) was a bright spot on offense for the Aztecs as she finished 3 for 4. Freshmen Anisah Triste, Lesley Cazares (Desert View HS) and Mariah Bartlett each went 1 for 2.
Triste took the loss (0-1) as she pitched six innings giving up four runs (four earned) on five hits with four strikeouts and two walks.

·         Game 2: Mesa CC Thunderbirds 9, Pima CC Aztecs 1 (6 innings): The Aztecs loaded the bases with two outs in the 1st inning but a flyout ended the threat.
The Thunderbirds scored three runs in each the 2nd, 4th and 6th innings.
The Aztecs got on the board when freshman Malaealani Fraser (Salpointe Catholic HS) hit a leadoff home run to open the top of the 5th inning. The Aztecs trailed 6-1 at that point.
Frasier finished the game 1 for 2 with an RBI and a run scored. Triste, sophomore Giselle Munoz (Salpointe Catholic HS) and freshman Gabrielle Favela each went 1 for 3.
Freshman Jazmine Ayala (Sunnyside HS) took the loss (0-1) as she pitched one and one-third innings giving up three runs (three earned) on six hits with one strikeout and one walk.