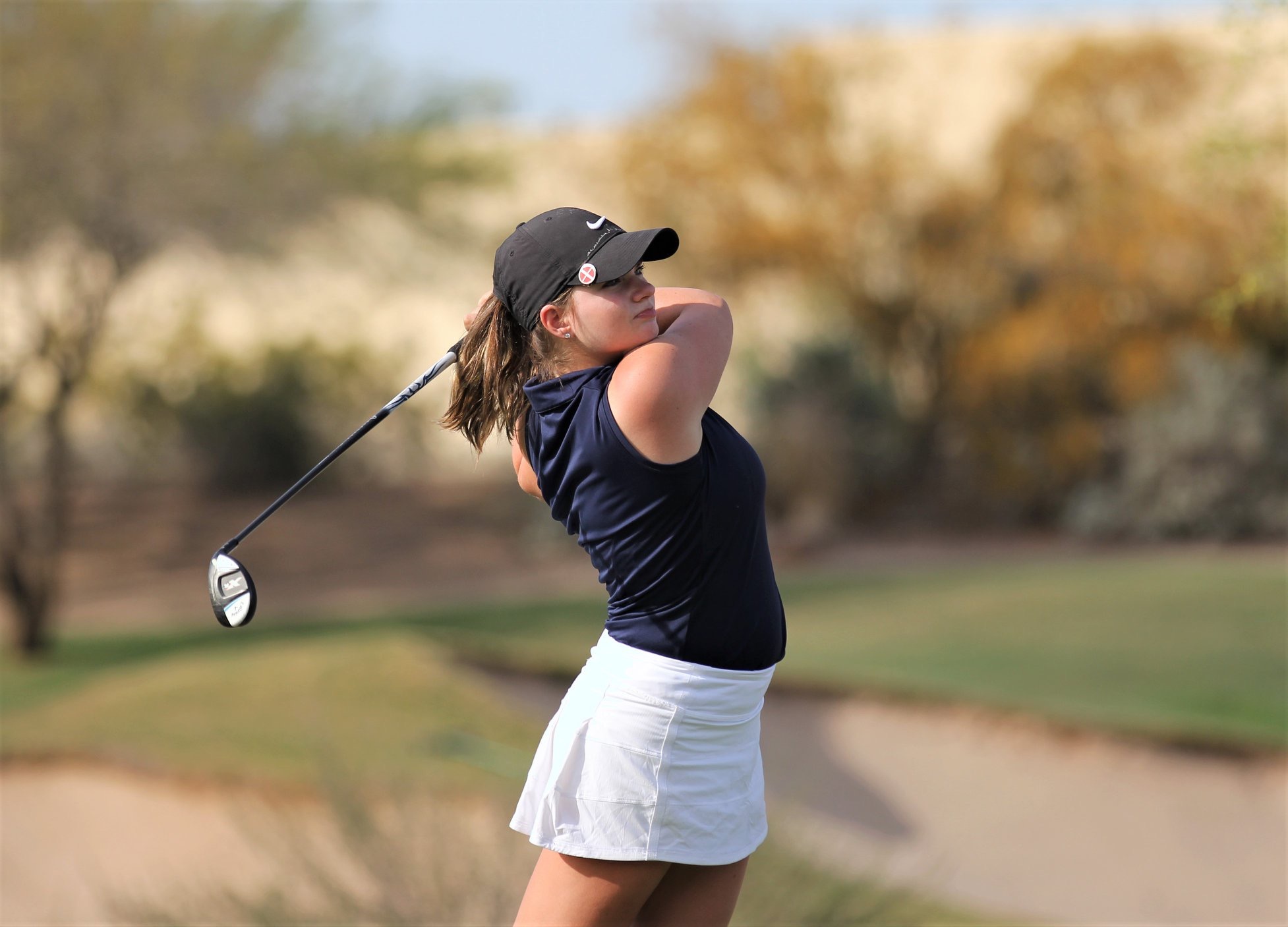 (Tucson, AZ)  The Pima Community College women’s golf team opened the 2019 season on Sunday and Monday at the Mesa Invitational.

The Aztecs took second place with a two-day total of 773 (391-382). They held on to first place after the first round by four-strokes but Chandler-Gilbert Community College took over the top spot after the second day and finished with a 755 (395-360).

The Aztecs placed three golfers in the top 10. Freshman Hallie Lawson (Campo Verde HS) was the top Pima finisher as she took eighth place with a score of 190 (96-94).

The Aztecs will play in the Estrella Mountain CC Invitational on Feb. 11-12 at the Wigwam Golf Club in Litchfield Park, AZ.