(Tucson, AZ)  The Pima Community College softball team (2-3) opened the 2019 season on Friday and Saturday in the College of Southern Nevada Kickoff Classic.
Freshman Devynn Marshall (Shadow Mountain HS) went 12 for 18 at the plate with seven RBIs and six runs scored in the five games. Sophomore Alese Casper was 9 for 15 with six RBIs and seven runs.

Game 1: Pima CC Aztecs 13, College of Southern Nevada Coyotes 2 (5 innings): The Aztecs scored in every inning as Marshall hit a two-run homer in the 5th inning. She finished 3 for 4 with three RBIs and a run scored. Casper hit a two-run RBI triple in the 2nd inning and went 3 for 4 with three RBIs and two runs scored.
Freshman Bianca Castillo (Rio Rico HS) picked up the win (1-0) after throwing all five innings giving up two runs (one earned) on five hits with five strikeouts and three walks.

Game 2: Salt Lake CC Bruins 12, Pima CC Aztecs 2 (5 innings): The Aztecs surrendered nine runs in the 1st inning. Alizea Durazo-Corday (Pueblo HS) and Abril Nerey (Rio Rico HS) each had an RBI for the Aztecs. Marshall finished 2 for 2 with a run scored.
Marshall took the loss on the mound (0-1) as she lasted one-third inning giving up seven runs (seven earned) on five hits with one walk.

Game 3: Utah State University-Eastern Golden Eagles 9, Pima CC Aztecs 8: The Golden Eagles won on a walk-off homer in the 7thinning with one out. The Aztecs fell behind 5-2 but tied it in the 3rd inning. They took the lead at 6-5 in the 5th and had to rally again to tie it in the 7th inning.
Marshall finished 3 for 5 with three RBIs and a run scored. Casper was 3 for 3 with an RBI and two runs scored. Amaya Turner-Vizacarra was 1 for 4 with an RBI and three runs scored.
Casper took the loss (0-1) in a relief appearance as she pitched two and one-third innings giving up two runs (two earned) on four hits with one strikeout and one walk.

Game 4: Pima CC Aztecs 12, Snow College Badgers 5: Up 6-5, the Aztecs scored three runs in the 4th, two in the 5th and one in the 6th to pull away.
Corday had a wild game as she hit a two-run homer late in the game and finished 2 for 5 with five RBIs and a run scored. Marshall was 3 for 5 with an RBI and two runs scored. Sophomore Mackenzie Judge (Ironwood Ridge HS) and Ariana Gomez (Sahuaro HS) each had two RBIs.
Nerey got the win (1-0) as she pitched a complete-game giving up five runs (five earned) on 10 hits with three strikeouts and one walk.

Game 5: College of Southern Idaho Golden Eagles 21, Pima CC Aztecs 8 (5 innings): The Aztecs gave up eight runs in the 1stinning and 11 runs in the 4th.
Casper, Judge and Ariana Ruiz (Pueblo HS) each had two RBIs. Marshall was 1 for 2 with a run scored.
Marshall (0-2) took the loss as she threw two-thirds of inning giving up six runs (six earned) on two hits with one strikeout and three walks.

The Aztecs begin ACCAC conference play Tuesday, Feb. 5 when they play at Paradise Valley Community College in a doubleheader in Phoenix. First game starts at 1:00 p.m. 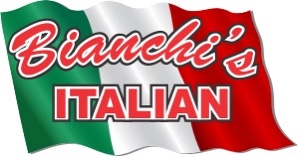