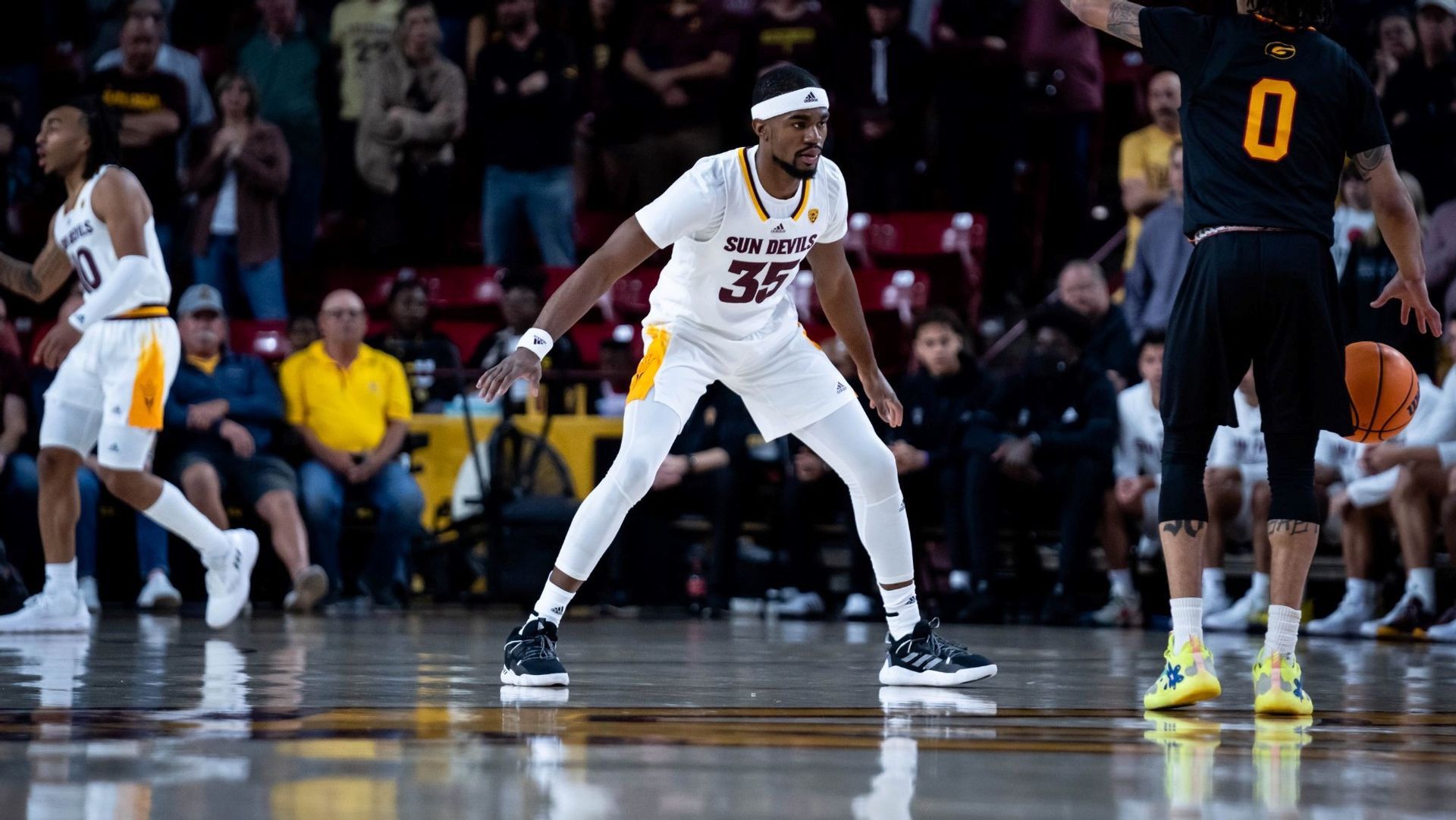 The Sun Devils allowed just one three three pointer in the contest and held the Tigers to 26.6% from the floor, the lowest since the Maroon & Gold held Arkansas-Pine Bluff to 29.7% on 10/28/12.

ASU pushed their lead to 17 at the half and went on an 18-1 run starting near the midpoint of the second half to destroy any thoughts of a Tigers comeback attempt.

Bobby Hurley closed out ASU’s scoring with his first collegiate triple with :51 left in the game.

FIRST HALF
The recent trend of early Sun Devil three-pointers continued as Desmond Cambridge Jr. knocked one in on ASU’s opening possession, followed by an immediate rejection by Warren Washington.

Back-to-back layups from Desmond Cambridge Jr, extended the Sun Devil run to seven and Warren Washington smashed down a vicious alley-oop dunk on the find from DJ Horne.

Horne gave ASU its first double-digit lead of the contest with 15:48 to play on his first triple of the game.

After a Tigers run, Frankie Collins drained a trey with the shot clock winding down for his first basket of the game at 14:40 in the opening half and Collins tossed to Devan Cambridge for a loud alley-oop, giving ASU five makes in its last six shots.

At the under-12 media timeout, ASU had six assists on its first seven field goals.

Offense then proved hard to come by for both squads. Luther Muhammad found the bottom of the net with a floater at 3:21 to push the Sun Devil advantage to 13, 28-15.

A rebound turned into an ASU fast break as Frankie Collins found Devan Cambridge for a wide open slam with :58 left in the first half. The basket capped a 6-0 run over 1:04. ASU held Grambling State to just 17 points and just 31% from the floor, bests for the Sun Devil defense in first halves this season.

SECOND HALF
Horne dropped in a pretty layup off the top of the glass to open the second half scoring, giving ASU their largest lead of the game, 36-17, with 19:22 left.

Horne cashed in a trey to bring him into double digits with 10 points at 18:39 to play.

Frankie Collins notched his seventh assist of the contest on a dot to a wide-open Horne with 16:48 left in regulation to push the lead to 22, the largest of the game to that point.

Jamiya Neal got in on the fun by finding Desmond Cambridge Jr for a slam with 12:29 left to play. Then, at 9:45, Neal threw down a fast break slam after a steal from Austin Nunez.

The Cambridge brothers connected on an alley-oop dunk as Devan found Desmond to put ASU ahead 71-34 with 4:50 to play.

The Sun Devils closed out the contest on a Bobby Hurley Jr. triple with :51 left in the game, his first collegiate points.

QUOTABLES
Arizona State Head Coach Bobby Hurley
Opening Statement:
“I thought our defense again was really, really strong and we’ve got to clean up the rebounding a bit, but I’m happy to see 21 assists and 25 made field goals. That shows unselfishness and the guys moving the ball.”

On Jamiya Neal’s first game as a Sun Devil:
“I’m happy for Jamiya. It’s unfortunate, the timing of his injury and missing all of that time, so I wanted to be careful of his minutes. But he’s going to upgrade our defense, and we are already playing pretty good defense. Even he said to me, just now, it felt different and not like practice. It’s his first game, but I think he’ll continue to grow and develop.”

Arizona State Guard DJ Horne:
On sharing the ball around which equals 21 assists:
“Guys are sharing the sugar man. It’s fun to see when everyone is out there smiling. I feel like that’s what we’ve been emphasizing. Everyone plays as a team, if everyone does that everyone will eat.”

Arizona State forward Devan Cambridge
On playing at home:
“It’s so great to be back. We had a long road trip for a week. It’s just fun. I love playing in front of a home crowd. We got another one Sunday (and we’re) ready to do the same thing.”

The Sun Devil defense was historically good tonight, as Grambling State’s 26.6% mark from the floor was the lowest since ASU held Arkansas-Pine Bluff to 29.7% on 10/28/12.

It’s the seventh time in the last 10 seasons ASU has forced an opponent to shoot under 30% from the field. It is the first since 10/14/19 vs. Central Connecticut State.

Arizona State allowed just 17 points in the first half, a season low. The previous season low was 22 against NAU. The Sun Devils allowed just three field goals over the final 11:20 of the opening half.

After coming into the contest averaging 31.9% from three-point range and five threes per game, Grambling State was held to just 1-13 from behind the arc. The one triple is the fewest allowed by the Sun Devil defense this season.

10 Sun Devils scored at least two points tonight, the most scorers in a game this season.

ASU’s 21 assists were a season-high. The previous best mark was 18 against NAU.

Arizona State scored 80 points for the third time this season (84/NAU and 87/Michigan).

Collins has led ASU in assists in each game this season. His seven dimes tonight were one shy of his season high eight against NAU.

Bobby Hurley is now 35-7 in non-conference home games as a Sun Devil.

Arizona State is on a three-game winning streak, a season high.

Arizona State will have a Thanksgiving feast before returning to Desert Financial Arena Sunday for a 3:00 MST tipoff against Alcorn State.