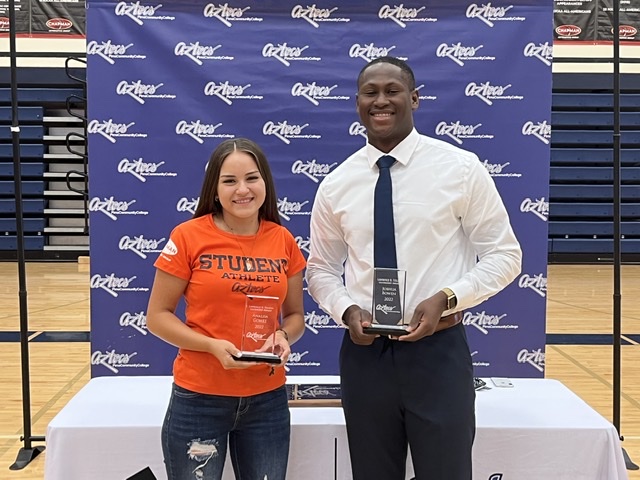 Joshua Bowen, Men’s Track & Field Thrower/Multi’s Athlete was born in Trinidad and Tobago and raised in Grenada. He attended Grenada Boys’ Secondary School in St. George’s. Bowen joined the Aztecs this season where he qualified for the NJCAA national championships in the Javelin, Heptathlon and Decathlon. He took fifth in the Javelin at last week’s NJCAA Division I National Championships earning NJCAA All-American honors.

Bowen earned his Associate’s degree in Liberal Arts at Central Arizona College and obtained a Personal Trainer’s certificate at Pima. Last fall, he finished in the 3.5-3.8 GPA range. Through school and track, he has had to endure personal loss as six of his family members have passed over a span of three months. He opted to continue his studies and track at Pima and credited Chad Harrison, Al Shirley, Shonda Jones, Lucy Chavez, Andy (his American host mother) and his professors with helping him through the tribulations. He volunteered at Bisbee High School where he trained young athletes in the High Jump and Javelin.

“My experience at Pima has been a fulfilling experience that will soon come to a close and lead to the next chapter of life,” Bowen said.

“Despite the life-altering challenges and changes, I am grateful for the knowledge, skill and experience I’ve gained in my time at Pima as it has been the key to paving the path towards my future as a successful athlete and leader.”

Softball Infielder Analisa Gomez (University HS), Softball Infielder is from Tucson and graduated from University High School. She started at second base and was primarily the No. 2 hitter in the lineup this season. Gomez posted a 4.0 GPA in both semesters and volunteered her time in the Athletic Academic Success Center as a tutor in Math and Science; helping her teammates and fellow student-athletes.

Gomez dedicated her time reading to students for Love of Reading Week and compiled necessities for low-income areas such as backpacks, school supplies, jackets, beanies, gloves and numerous boxes of food, etc. Her ultimate goal is to become a Veterinary Technician as she has taken steps towards it by volunteering at the Humane Society.

Gomez dedicated the award to her late grandmother, who pasted away a few months ago and to her Tata, who she said,” has been the driving force of everything I do.” She added that she is “honored and humbled….and even more so, “PROUD TO BE A HOME-GROWN AZTEC.” Gomez is a freshman and intends on returning in the fall. 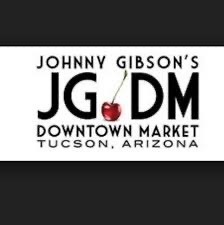