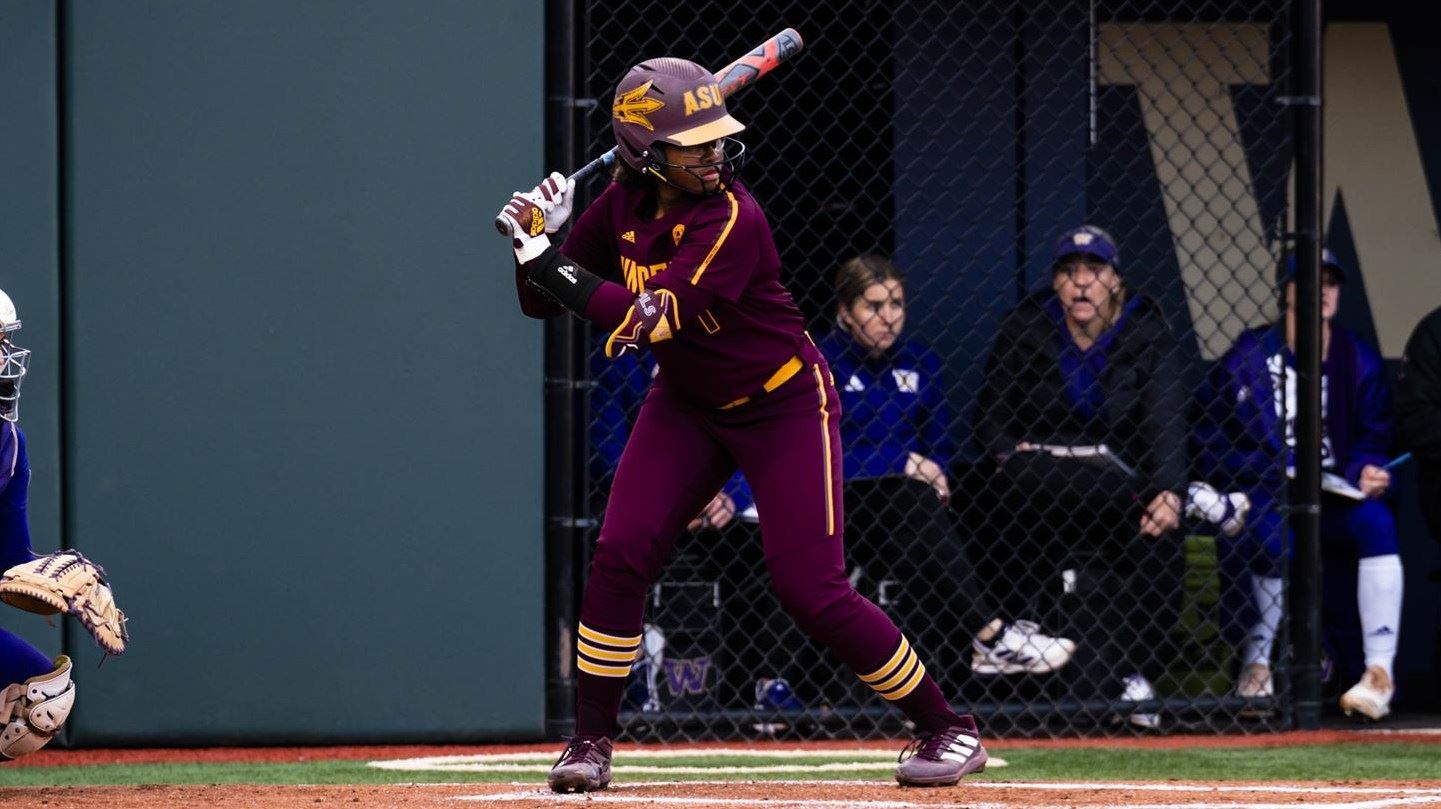 Arizona State (37-9, 18-4) falls for just the fourth time in conference play, giving the host Huskies a battle for seven innings. Fans were treated to a low-scoring game one of the series, as a pair of the conference’s best pitchers squared off.

Now-a-days when Sun Devil Softball comes to town, people flock to the ballpark. Not only did the Maroon & Gold have to face a typically tough environment at Husky Softball Stadium, it was only enhanced by the presence of the Washington football team. Over 50 football players were in attendance, indicating the importance of the series to Huskies’ Athletics.

This did not stop ASU from taking the first lead of the game courtesy of a Cydney Sandersdouble to the right center gap, driving in Yanni Acuña from first to put the Sun Devils on top. The Sun Devil pitching staff held off a potent Huskies offense through four scoreless, but Washington was finally able to break through in a three-run fifth. The big inning proved to be the difference in the 3-1 victory.

Despite the loss, the pitching staff held their own very well, especially against Washington’s best player. Baylee Klingler, who was recently named Pac-12 Player of the Year, was held hitless for only the seventh time in 48 games this season. The combination of Lindsay Lopez and Marissa Schuld were effective in limiting the Huskies and keeping the Sun Devils within striking distance.

FIRST INNING
It is a tall task to face Washington ace Gabbie Plain, let alone in her final home series at Washington. ASU wasn’t able to generate anything in the first inning, bringing out Sun Devil starter left-hander Lindsay Lopez.

Lopez showed poise in working out of a jam, registering a clutch strikeout with runners at the corners.

SECOND INNING
The Sun Devils had their first scoring opportunity in the second inning, using their patented patience to manufacture a threat. Emily Cazares got on base via a one-out walk and immediately stole second, adding to her team lead in the category. Like Lopez, Plain was able to work out of the jam to keep it scoreless.

Lindsay Lopez was extremely effective in the second inning, setting down the Huskies in order. She induced weak contact, with three easy outs made in the field.

THIRD INNING
Arizona State made Plain work through three innings, going deep into the count in several at bats. Despite putting up zeros, Plain had to throw 49 pitches with the Sun Devils seeing her entire repertoire.

Soft contact continued to be the theme for Lopez, as she was missing barrels and hitting her spots. Two ground outs and a fly out were the result of the bottom half of the third, as Lopez set down seven straight.

FOURTH INNING
It was only a matter of time before the Sun Devil lineup broke through, as the second time through the order proved to be fruitful. Yanni Acuña got things going with a leadoff walk, but didn’t stay at first long. Pac-12 Freshman of the Year Cydney Sanders came through with ethe first big swing of the game, drilling a ball to the right center gap for a double. Hustling the entire way, Acuña managed to score from first base to put the Sun Devils on top 1-0.

Jazmine Hill continued the scoring chance by beating out an infield single, putting runners on the corners with no outs. The one run was all Arizona State would end up with, but Plain’s pitch count was pushed to 73 through four frames.

Lopez settled into a groove in the fourth inning on her way to a third straight 1-2-3 frame. She retired her 10th straight batter to provide a shutdown inning after ASU went ahead in the top half.

FIFTH INNING
ASU got a two-out base runner, but were unable to add to their lead in the top half of the inning. The Huskies finally broke through on Lopez, getting on the board via a double and a single to start the inning. Following another single and hit by pitch, right-hander Marissa Schuld relieved Lopez in a big spot.

Coming in with the bases loaded and no outs, Schuld proceeded to induce a massive double play on the Huskies best hitter Baylee Klingler. Klingler tapped a ball back to the pitcher which Schuld calmly fielded and fired home, getting the first out. Catcher Jessica Puk whipped it back to first for the unorthodox, but well-timed 1-2-3 double play. A two-out hit from the following batter, Madi Huskey, gave the Huskies a 3-1 lead.

SIXTH INNING
Plain continued to be tough to crack, as she registered another 1-2-3 inning. For the Sun Devils, Schuld came back out and provided a significant scoreless inning. She worked her way around a one-out walk, keeping the lead at only two runs heading into the final inning.

SEVENTH INNING
Coach Ford went to the bench to try and find a spark in the seventh, with a couple of pinch hitters providing a new look for Gabbie Plain. While there was nothing on the scoreboard to show for it, the Sun Devils managed to work Plain’s pitch count all the way up to 113 on the first day of the series. 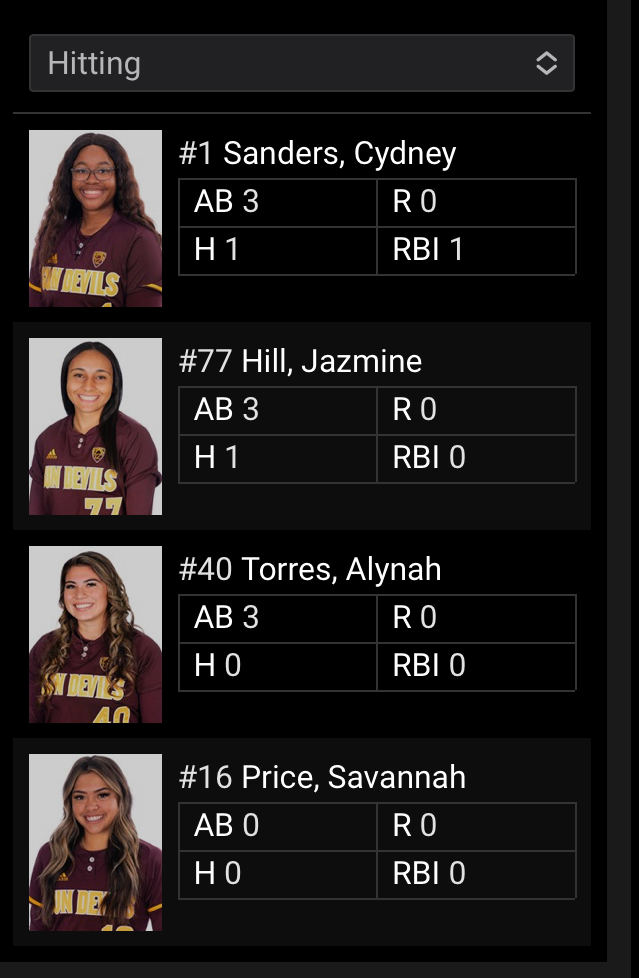