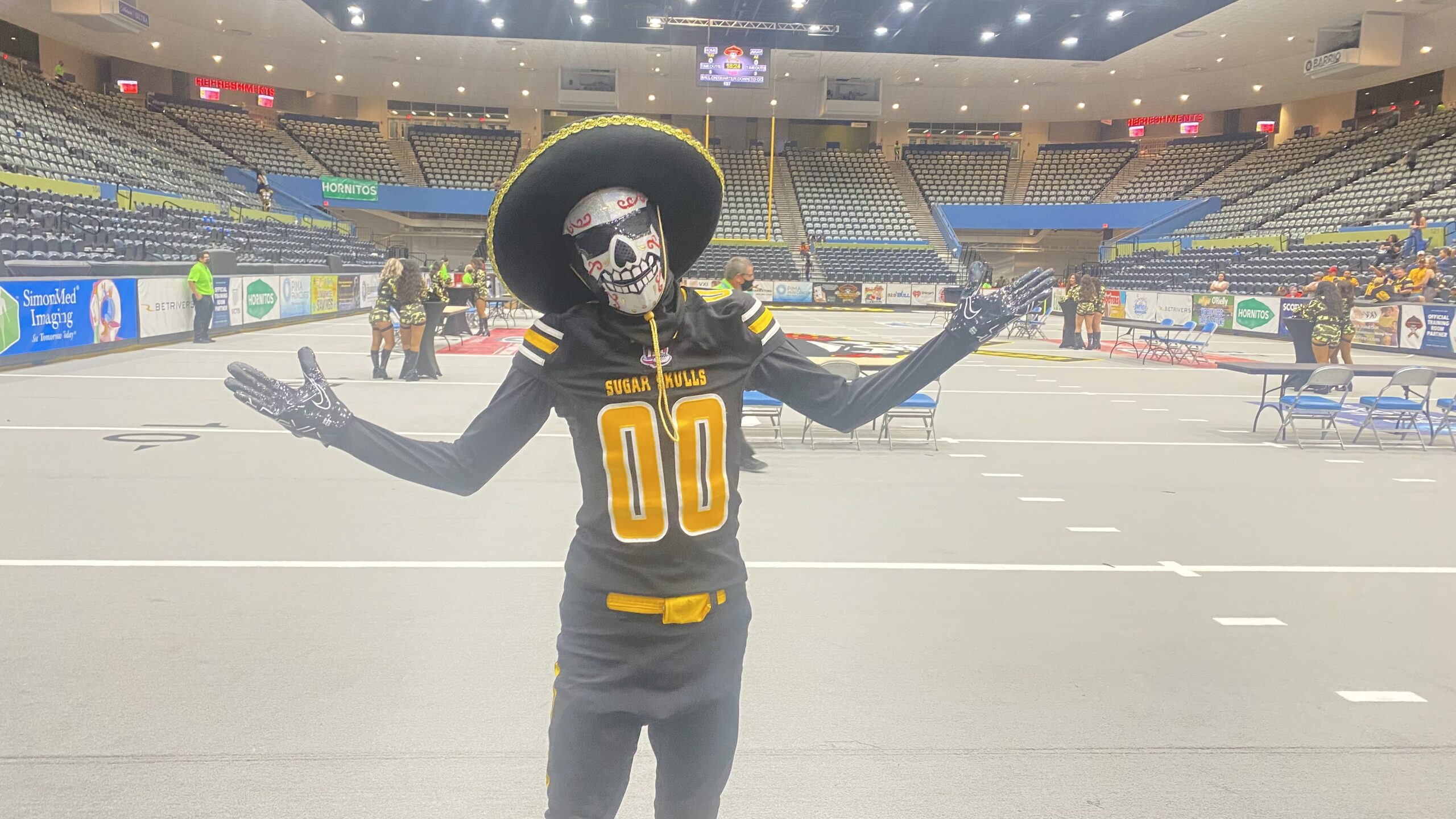 (Tucson, AZ)  Tucson returns home to the Boneyard after a two week hiatus away.

The Skulls went 1-1 on road beating San Diego last week and losing to Northern Arizona two weeks ago in Prescott. Their record stands at 5-4.

The Wranglers came in with the IFL’s leading defense and a gaudy 7-2 record in just their second year in the league.

Tucson had the league’s best offense, so the game pitted the two best on both sides of the ball.

After a short kick to open the game, quarterback DaQuan Neal fresh off his tryout with the NFL’s Indianapolis Colts that took him out of action last week, took the team on a short drive culminated with Mike Jones scooting in for the score and a 7-0 lead.

The Wranglers came right back on their first possession and scored when Israel Tucker went untouched off the right side to even the score at 7-7 at the 8:37 mark. 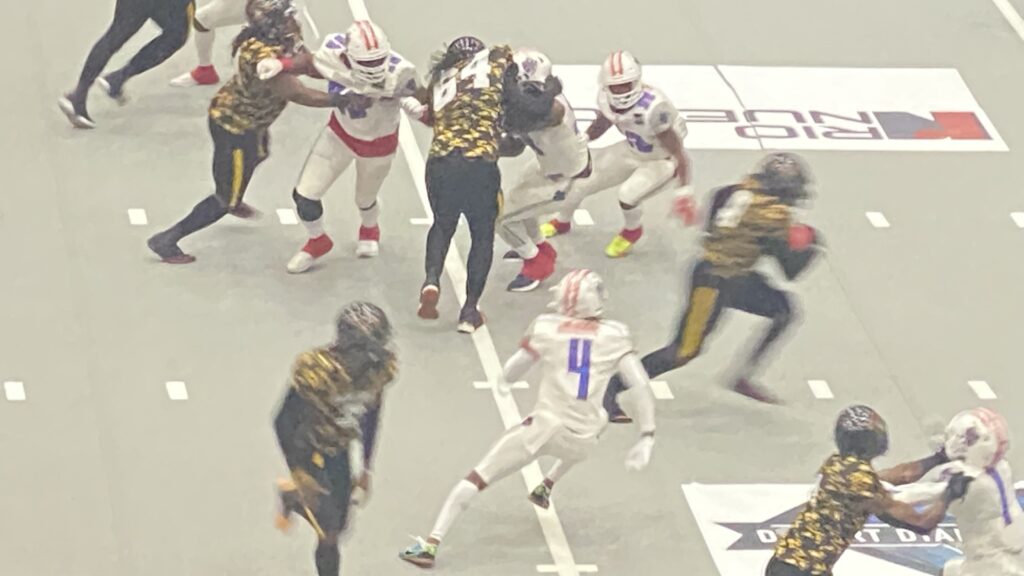 Neal had no problems finding receivers open early and threaded a nice pass to Quinton Pedroza off the scramble to the two yard line. From there, “money man” Mike Jones powered in for the score to put Tucson up 13-7 as the extra point was muffed off a bad snap.

The Sugar Skulls defense got a break when Kaleb Barker’s pass was deflected high in the air and intercepted by Tucson’s Mike Minter in the end zone.

The next play, Neal was called for intentional grounding in the end zone which resulted in a safety for the Wranglers. That cut the lead to 13-9 and Northern Arizona got the ball back as the first quarter ended.

In the first quarter, it was the Sugar Skulls who showed the tougher defense in a relatively low scoring quater.

Tucson’s defense continued to give the Wranglers fits as they forced a fourth down and got their second interception of the game in the end zone by Robert Rolle IV who returned it to the ten yard line.

Neal after missing last week, showed no rust as once again drove the team down to the fifteen yard line and once again, Mike Jones found the seam and went in for the score to put the Skulls up 20-9 with under nine minutes left in the first half.

Northern Arizona scored on a short pass from Barker and their first points since the first quarter. Their point after attempt went awry on a bad snap. Sugar Skulls up 20-15 with 4:33 left till the half.

For the first time, the Wranglers’ forced a fourth down on the Skulls offense,  but Neal found a wide open Mike Jones underneath and he took the ball all the way down to the Northern Arizona three yard line for a first and goal.

With :36 left, Neal called his own number and ran left into score and extend the lead to 26-15 and still time for the Wranglers before halftime.

A face mask penalty on the Sugar Skulls kicking team, the ball was placed on the Tucson four yard line first and goal for Northern Arizona. 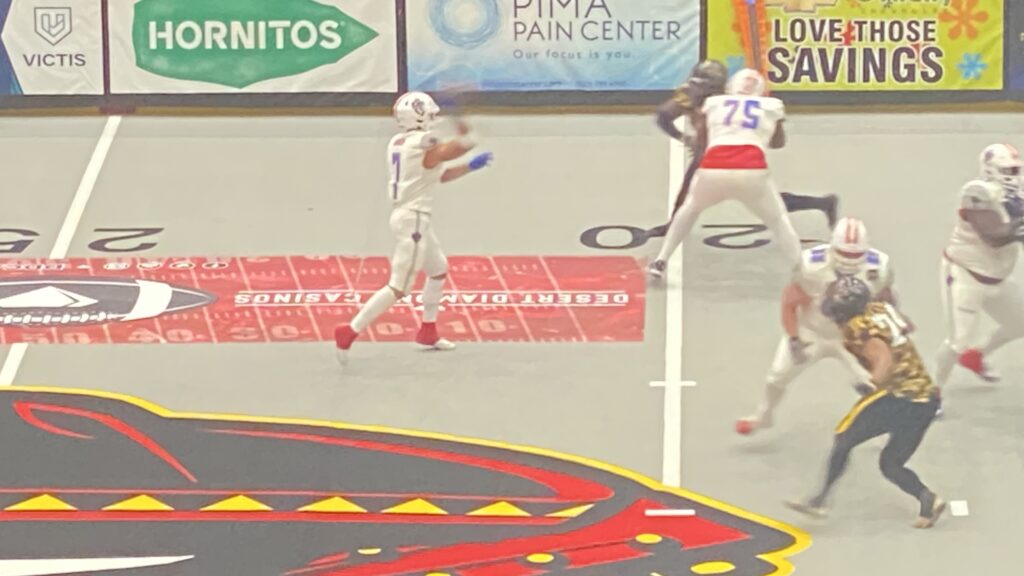 After three unsuccessful attempts, the Wranglers fourth down and goal from the nine yard threw an incomplete pass and turned the ball back to Tucson on downs and that’s the way the first half ended 26-15 in a very low scoring first half.

Tucson made the most of their first half opportunities and they went 3-3 in the Red Zone and held the Wranglers to 2-4 on scoring chances. That in itself was the key to their first half lead.

Northern Arizona got the ball first in the second half and with the help of a Sugar Skull penalty, scored but missed the extra point again but pulled within five points at 26-21 at the 8:40 mark of the third quarter.

This was as close as the game had been since the first five minutes of the game. Tucson needed to reassert themselves. On a third down and nine, Neal with no one open tucked the ball and ran eighteen yards and put the Skulls back in business in Wrangler territory.

Two plays later, Neal threaded the ball to Carrington Thompson for a fifteen yard touchdown. This was Tucson’s first TD pass of the game and put them back up double digits 32-21 with 3:20 left in the third quarter. 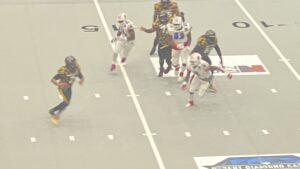 Another low scoring quarter ended with the Skulls leading 32-21 in a very unusual defensive struggle for an IFL game.

Northern Arizona began the final stanza with Barker who had all day to pass and found Glen Gibbons in the back corner of the end zone to cut the Sugar Skulls lead down to 32-28 with 13:24 left in the game.

The Wranglers tried to cross-up Tucson with an onside kick but Bikembe Kearney pounced on it at the nine yard line.

A break for Northern Arizona came when Neal fumbled the ball and Wranglers’ JaQuan Artis recovered it.

Barker on fourth down found an open Glenn Gibbons for twenty seven yards to the Tucson seven yard line and the Skulls were in danger of losing their lead.

The defense stepped up forcing a fourth down but the Wranglers kicked a twenty one yard field goal to bring them within a point 32-31 with 6:02 left.

A second onside kick by Northern Arizona bounced around and fortunately for the Sugar Skulls went into the stands out of bounds.

Coach Dixie Wooten decided to go for it on a fourth down and goal, but Neal’s pass fell incomplete and Tucson came away empty with 1:25 left in the game. This proved to be an extremely costly decision.

The Wranglers won the game on the last play with a twenty four yard field goal courtesy of a roughing the passer penalty the play before where Barker had no one open and threw the ball away. 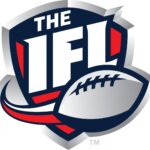 The Sugar Skulls had Northern Arizona on the ropes, but the lack of a killer instinct and inexplicable mistakes down the stretch doomed Coach Dixie Wooten’s squad and put them back at .500 now with a 5-5 record.

Looking back at the close losses this team has had, they very easily could have been 8-2 or at worst 7-3.

Tucson has a bye next week before resuming their schedule at the Bone Yard June 11th against the Bay Area Panthers.