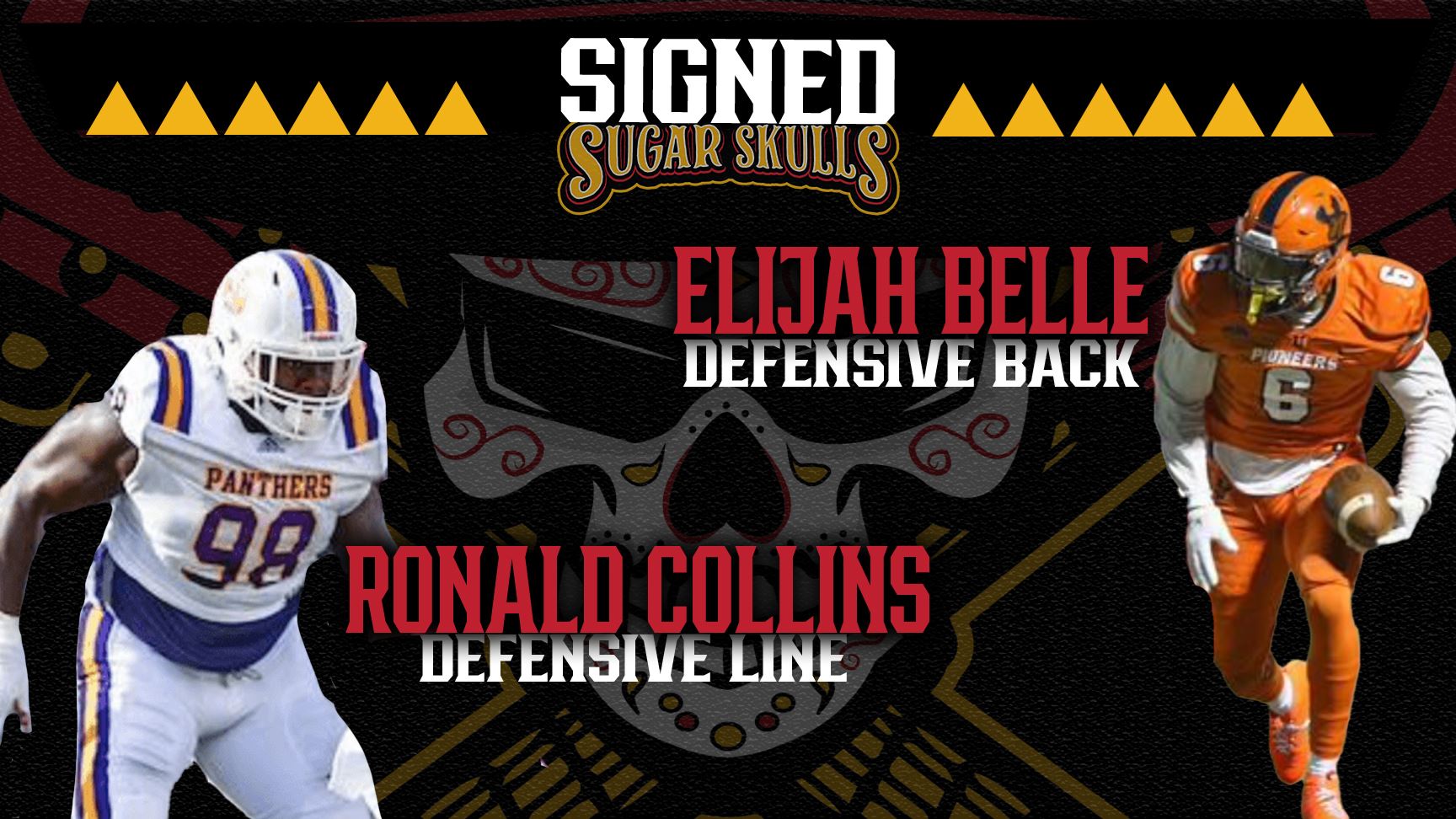 (Tucson, AZ)  The Tucson Sugar Skulls have signed defensive back Elijah Belle and defensive lineman Ronald Collins to their roster for the upcoming 2022 IFL season.

In 2019, Belle started all 10 games, logging 27 total tackles (20 solo), 2.5 tackles-for-loss, 14 pass breakups, three interceptions and two interception-return touchdowns. Elijah was named Empire 8 Conference Defensive Player of the Week and UC Male Athlete of the Week for his performance during a 34-28 win vs. St. John Fisher where he recorded a team-high three pass breakups, four tackles and had a 49-yard interception-return touchdown. Belle’s pick-six in that game was his second of the season and made him the Utica career and single-season record holder in that category.

During his senior season in 2019, Collins was named to the Preseason All-SWAC Second Team and played in 10 games, ranking fourth on the team with 55 total tackles, 7.5 tackles-for-loss and 3.5 sacks. He also caught a one-yard touchdown on offense during his sophomore season. Born and raised in Houston, Collins played football at Lamar High School.