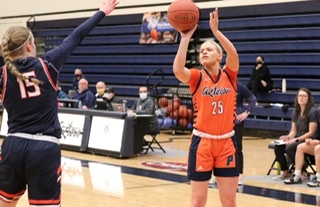 The Aztecs trailed early as they were outscored 20-8 in the first quarter and down 42-27 at halftime.

Sophomore Melissa Simmons scored a team-high 14 points as she went 4 for 9 from three-point range.

Freshman Jaslyn Booker (Buena HS) went 3 for 6 from the field and 5 for 5 from the free throw line as she finished with 11 points to go along with six rebounds.

The Aztecs are back at the West Campus Gymnasium on Monday for a make-up game from Dec. 8 against South Mountain Community College.  Tipoff is set for 6:00 p.m.