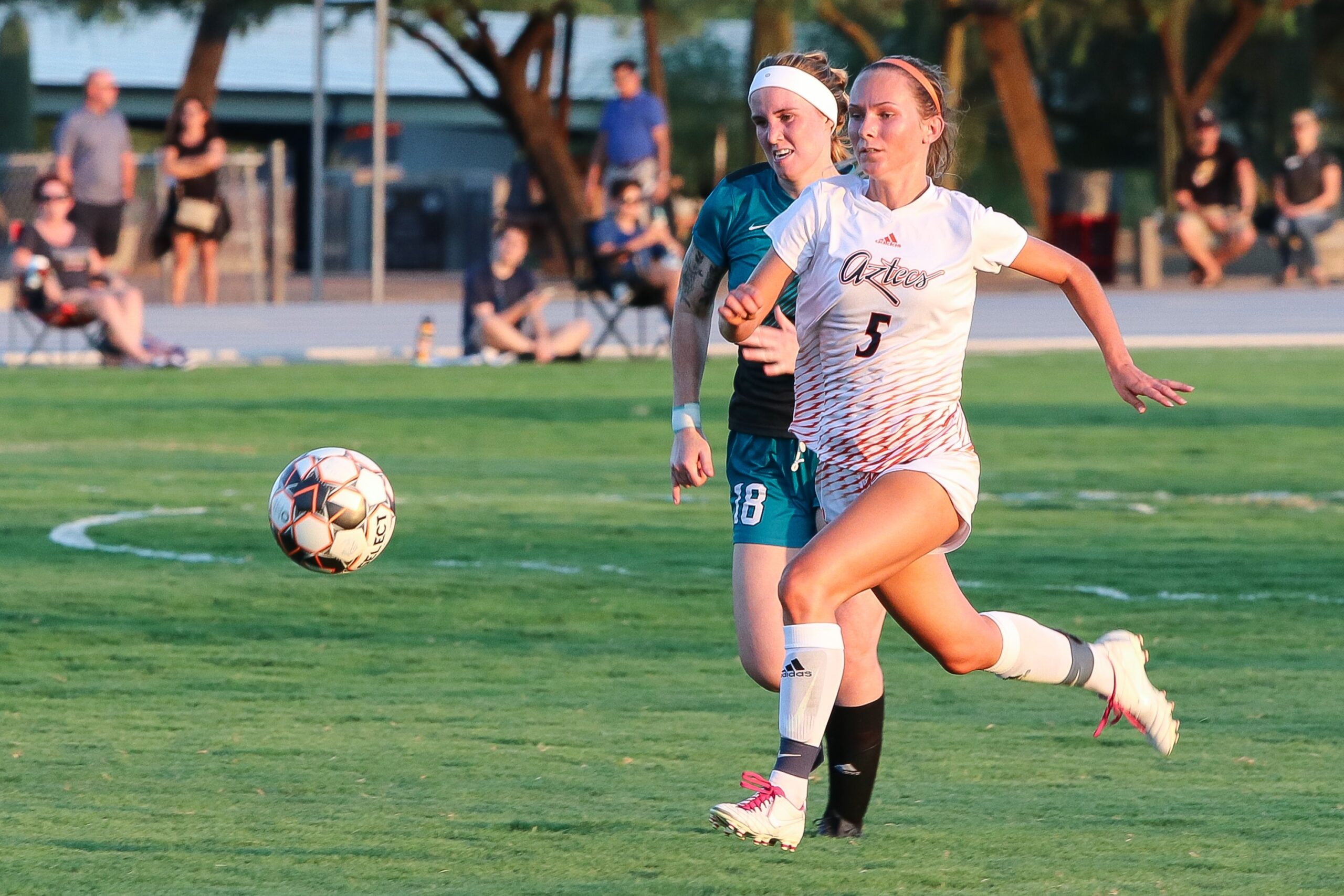 Bassett, a sophomore midfielder, was named ACCAC Division II Offensive Player of the Week. This is the fourth time this season an Aztec women’s soccer player has received the honor.

Bassett scored a goal and had an assist in Pima’s 4-0 shutout win at Paradise Valley Community College on Saturday.

Bassett has played in all 14 games; making six starts. She has five goals and a team-leading six assists on the season. She is second on the team with 16 points.

The Aztecs close out the regular season this week as they host Cochise College on Tuesday and play Arizona Western College on Saturday. Both matches will be at the West Campus Aztec Soccer Field part of the Chapman Automotive Sports Complex. Both games have a start time at 4:30 p.m.

See Bassett’s ACCAC Player of the Week selection on the ACCAC website: