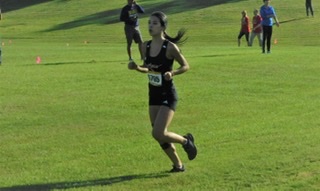 Freshman Marissa Lopez (Sahuarita HS) was the top finisher for the Aztecs in the 5K (3.1-mile) race as he took 16th place with a time of 21 minutes, 40.6 seconds.

The Aztecs will compete in the Vaquero CAMPY Invitational on Saturday, Oct. 9 at Central Arizona College. The race begins at 7:45 a.m.

For complete team and individual results of the ACCAC Championships, visit WingFootFinish: