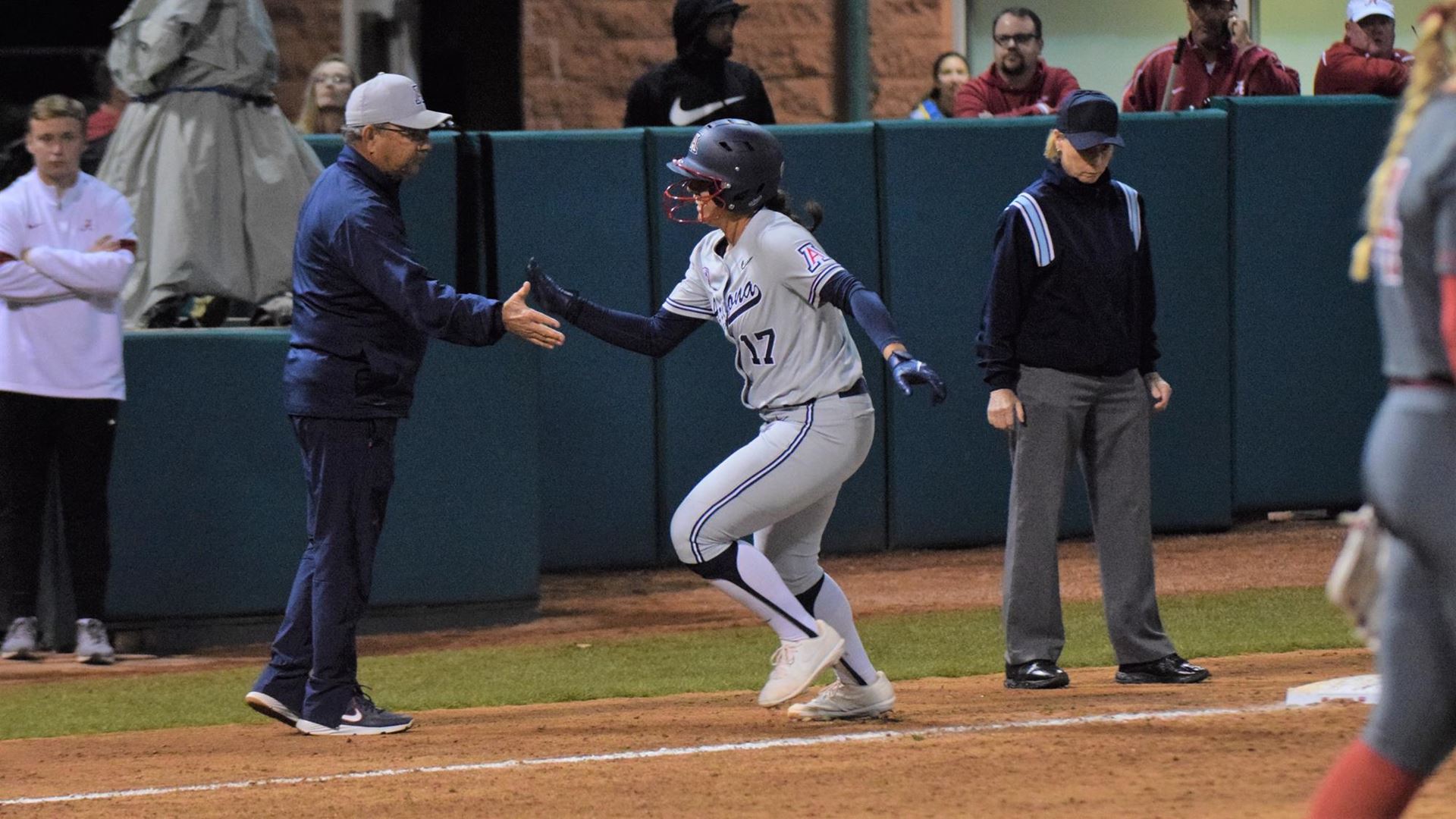 The Wildcats improved to 4-0 in the tournament, marking the second consecutive day the Wildcats had defeated the Crimson Tide and the Cowgirls. Arizona improved to 16-3 overall. UA wraps up the event on Sunday vs. UT Arlington at 10 a.m. MST. 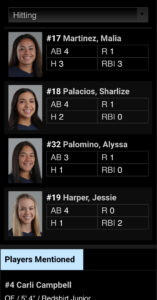 On the foul poles at Rhoads Stadium it reads, “2 Outs? So What!” On Saturday night in Tuscaloosa, it was Arizona using the Crimson Tide’s motto against it.

In the top of the seventh inning, after Alabama had plated three two-out runs to turn a one-run deficit into a two-run lead, Alabama pitcher Lexi Kilfoyl retired the first two hitters of inning. Down to its final out, with nobody on base Arizona used a single from freshman Sharlize Palacios to extend the game.

Kilfoyl quickly got ahead of Marissa Schuld 0-2, but with the Wildcats down to their final strike, Schuld singled to put the tying runs on base for Malia Martinez.

On the first pitch she saw, Martinez rocketed a no-doubt home run to straight away center field to give the Wildcats an improbable 6-5 win over eighth-ranked Alabama, their second victory in as many nights against the Crimson Tide.

Entering the day, Malia Martinez was in a 1-for-16 skid, but on Saturday, she came out of the slump in a big way. The hit was Martinez’s game-high third of the game.

Martinez’s home run was the final blow in a back-and-forth thriller in front of 3,826 fans at Rhoads Stadium.

After both teams scored a pair of runs in the third inning, the Wildcats took a 3-2 lead in the top of the fourth inning.

That lead would stand until the bottom of the sixth, when Alabama used a two-out rally to plate a trio of runs to turn the 3-2 deficit into a 5-3 lead.

After a pair of scoreless innings by both pitchers to open the game, Arizona plated the game’s first runs in the top of the third. Carli Campbell drew a leadoff walk and Alyssa Palomino-Cardoza doubled her to third to put two runners in scoring position with nobody out. Jessie Harper came through with a two-run single up the middle to give the Cats the 2-0 lead.

Alabama answered right back in th bottom of the inning. After Denham retired the first two batters of the inning, the next five Crimson Tide reached base, including a pair of RBI singles to tie the game.

The Wildcats used the speed of Isabella Dayton to retake the lead in the top of the fourth. Malia Martinez led off the frame with a single and was replaced on the base path by Dayton, who stole second and then took third on on a grounder to the first baseman. With one out, Carli Campbell hit a grounder to first and Dayton raced home, barely beating the tag with a head-first slide that broke the 2-2 tie.

Alabama clawed back with another two-out rally in the sixth inning. Like Denham did in the third, Lopez retired the first two Alabama hitters in the seventh, but a walk, a stolen base and a trio of singles quickly turned UA’s lead into a two-run deficit.

In the seventh, after Kilfoyl retired the first two Wildcats, Palacios and Schuld singled to put the tying runs on base with two out. On the first pitch she saw, Martinez gave the Wildcats a 6-5 lead with her third home run of the season, a no-doubter to center field.

In the bottom of the seventh, the Crimson Tide put the tying run in scoring position via a one-out double, but Lopez picked up a strikeout and a groundout to end the game. 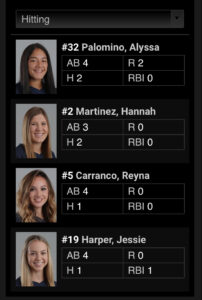 Mariah Lopez threw a two-hit shutout with 10 strikeouts, picking up her second win of the day, leading Arizona to a 2-0 win over McNeese State in the nightcap.

Lopez allowed just three baserunners in the game, two singles and one walk, in the 10-K gem. Lopez improved to 10-2 on the season while the Wildcats, who won their fifth consecutive game, improved to 16-3.

The Wildcats recorded nine hits, including a season-most four doubles, but managed to score just two runs vs. McNeese State, which entered the week No. 1 in the nation in ERA. UA stranded 10 runners in the contest.

Hannah Martinez had a career-most two of UA’s four doubles in her 2-for-3 night at the plate. Alyssa Palomino-Cardoza also had two hits in the game and scored both runs. Jessie Harper and Sharlize Palacios each drove her in once apiece in the contest.

Arizona grabbed an early lead three batters into the game when Alyssa Palomino-Cardoza singled and moved into scoring position on a groundout and scored on a Jessie Harper RBI single.

The Cats doubled their lead in the fifth. Palomino-Cardoza led off the frame with a double and moved to third on a Carranco groundout. Sharlize Palacios plated Palomino-Cardoza with a sacrifice fly to put the Wildcats up 2-0.