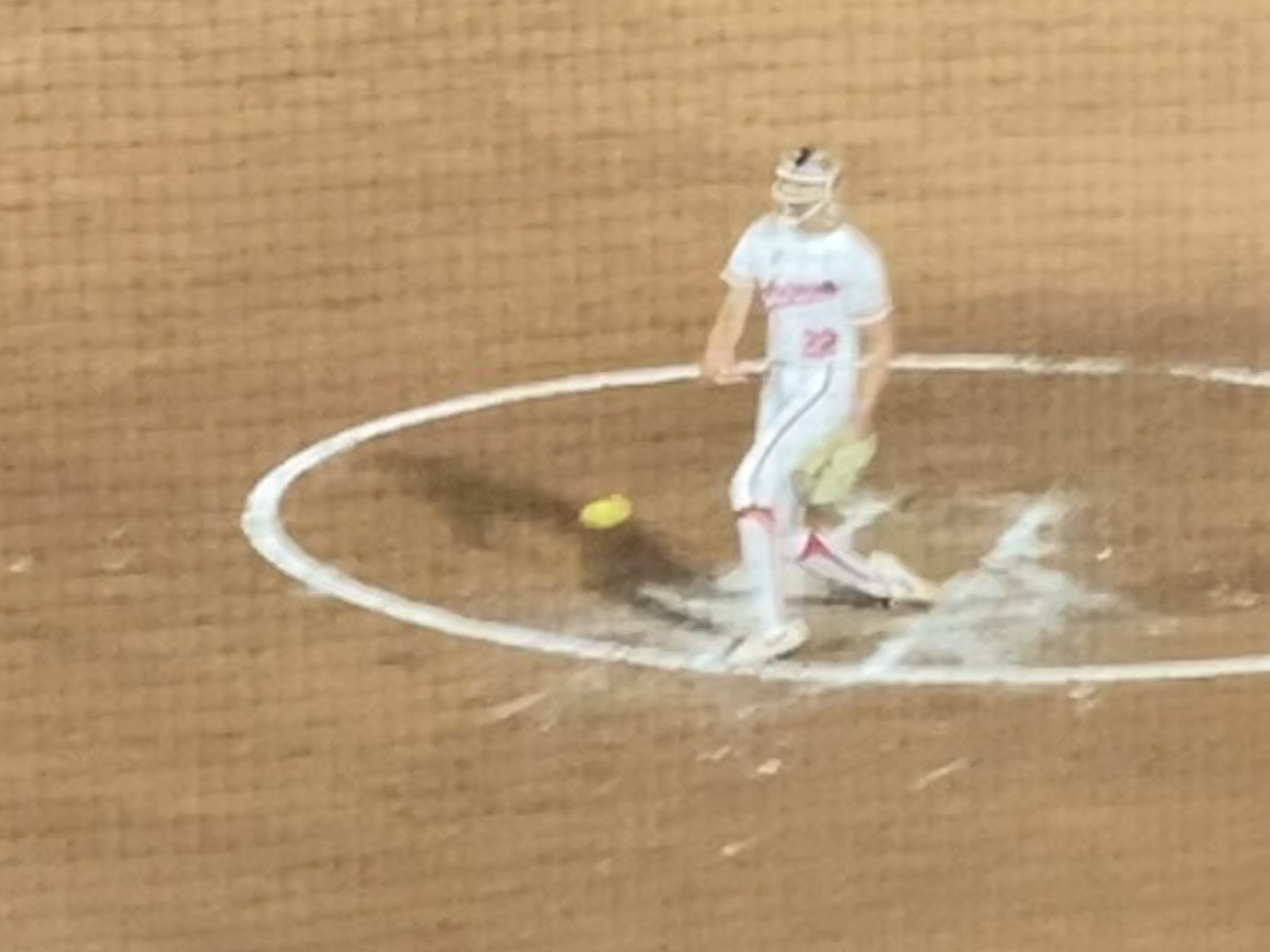 (Tucson, AZ)  The Cats got their crack at Team USA who played the tenth game of their nationwide “Stand Beside Her Tour.”

The atmosphere was festive and the crowd came to see the home team and the national team which hopes to regain the gold medal in Tokyo later this summer.

With Hannah Bowen starting in the circle for the Wildcats, things didn’t start off too well as the first two batters got on base via a walk and a single. Ali Aguilar came up and jacked a fastball over the center field wall to give the Olympian’s a quick 3-0 lead with no outs in the top of the first inning.

The inning ended with a nice throw from Izzy Pacho that nailed Michelle Moultrie at second base trying to steal.

Kat Osterman started for Team USA. The Cats made some noise in the home half of the first getting two on with two outs, but went down swinging on her second strikeout of the inning,

In the top of the second, Olympian and Arizona Wildcat Dejah Mulipola scores the fourth run for Team USA being driven in on a sacrifice fly Aguilar who had all the teams RBI.

With one out in the top of the third, Mulipola drove in Amanda Chidester with a sharp single to left field for run number five.

Through three innings, Zona had but one hit by Malia Martinez.

Ally Carda came in to pitch for the Olympians in the bottom of the fifth  inning. Meono got on base with a lead off  “excuse me swing” that trickled past the third baseman charging and beat the throw to first by the shortstop.

Palomino-Cardoza followed with a walk and once again, the Cats had two on but with no one out. Reyna Carranco got crossed up on a high fast ball that she struck out on, one out.

After nearly missing a home run to left that went foul, Harper unleashed the beast and went yard down the right field line for a three run blast and brought the Wildcats within one at 5-4.

The Cats keep going, Malia Martinez beat out a dribbler down the third base line that stayed fair and Palacios singled to left field causing Coach Eriksen to make a pitch pitching change and brought in Keilani Ricketts who kept Arizona from tying the score.

In the top of the fifth inning Mariah Lopez came in and shut down Team USA.

Palomino-Cardoza led off the bottom of the sixth with a seeing eye single to right field but stranded there as the Cats went down meekly,

The Olympian’s sent Monica Abbott to the circle to close things out and she did.

The Arizona kids showed they could compete. The only other tight game the Olympians have had was against the University of Florida.

Coach Eriksen praised the effort of Alyssa Denham and Mariah Lopez for shutting out his team after they had put up five runs in the early innings.

Good Luck to Team USA as they got a battle from the Cats and edged them 5-4.

Tonight’s attendance was 2,941, many of them school and club teams players that may be futures Olympians themselves.