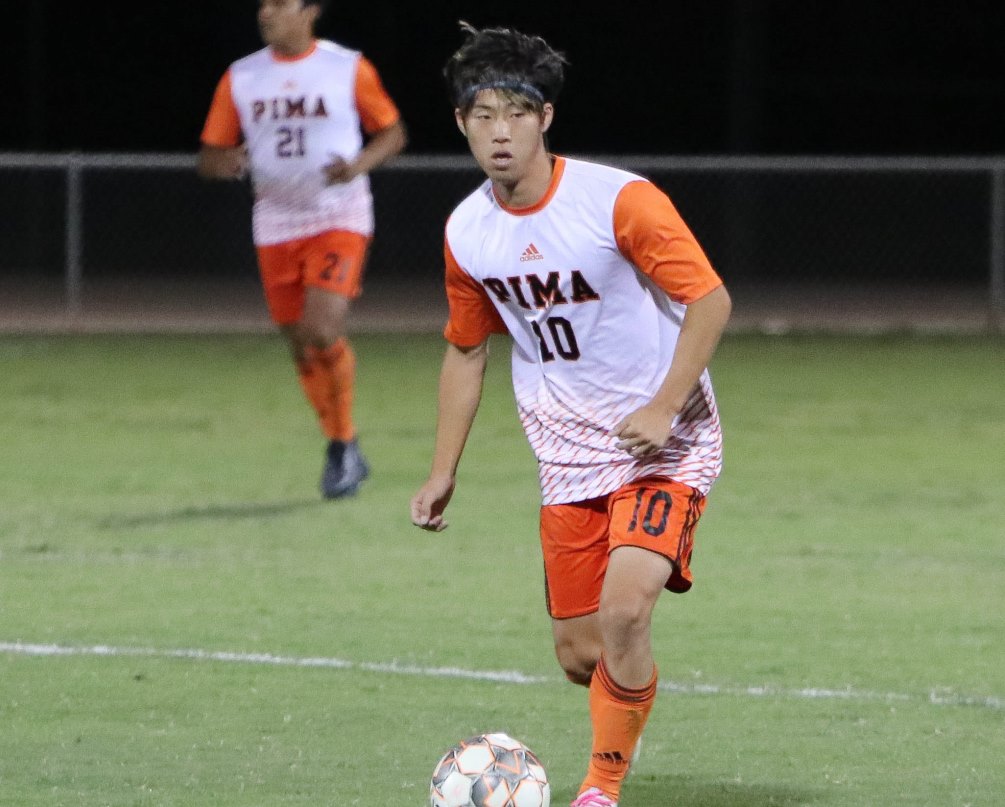 The No. 3 seeded Aztecs scored three goals in the first half and went on to beat the Thunderbirds 6-1 on Monday at Kino North Stadium. The Aztecs advance to face No. 2 Yavapai College on Wednesday in Prescott.

Sophomore Itsuki Ishihara had a hat trick as he scored the first two goals in the 6th and 32ndminutes. Both goals were assisted by fellow sophomore Ricky Gordillo (Maya HS).Ishihara completed the hat trick with a goal in the 57th minute with an assist from freshman Esteban Manzo (Salpointe Catholic HS) to make it 5-0.

Ishihara had an assist as well as he found sophomore Yuki Jahara for the goal in the 50thminute.

Gordillo scored his goal late in the first half with an assist from Manzo to make it 3-0 with 2:42 left in the half.

Freshman Seung Eon Kim helped seal it with his goal in the 88th minute with an assist from fellow freshman Hakon Reitan.

Mesa’s Preston Grayson scored for the Thunderbirds in the 78th minute.

The Aztecs finished with 10 shots on goal for the game. Sophomore Nils Roth finished with three saves and freshman Juan Suarez had one save.

The Aztecs will play at Yavapai College in the semifinals on Wednesday in Prescott. Kickoff is set for 2:00 p.m.