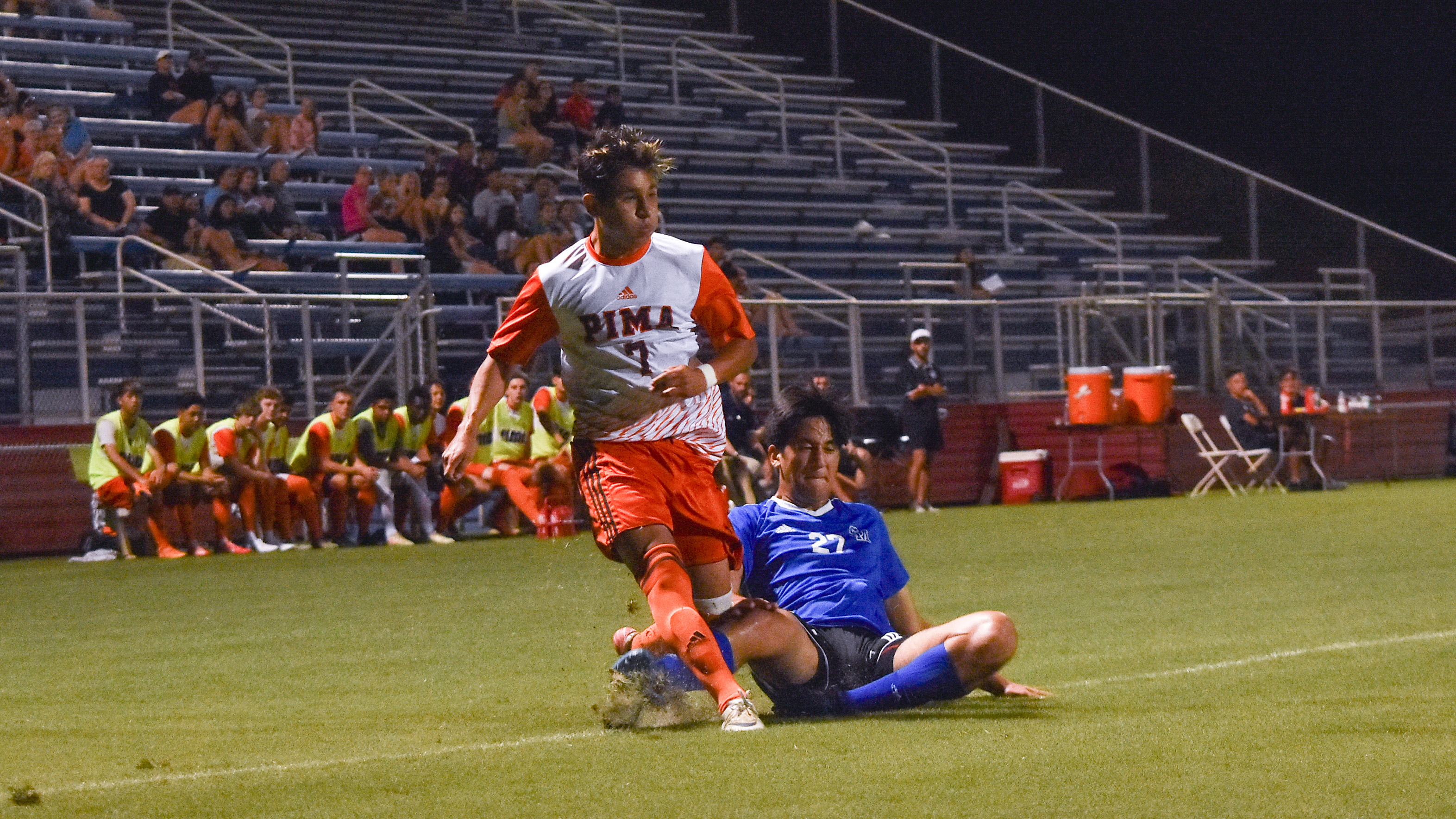 (Prescott, AZ)  The Pima Community College men’s soccer team (14-3-1) accomplished something rare in its NJCAA Region I, Division I semifinals match on Wednesday against Yavapai College.

The No. 3 seeded Aztecs defeated No. 2 Roughriders 1-0 in overtime as sophomore Itsuki Ishihara scored in the box with 57 seconds left on the clock. Freshman Jacob Contreras (Ironwood Ridge HS) dribbled the ball from coast-to-coast and fed him the pass.

The Aztecs pressured the Roughriders in the first half with five shots on goal but the game remained scoreless.

The Roughriders had a chance to take the lead on a penalty kick early in the second half but the shot was wide and deflected off the goal post. The Pima backfield held Yavapai to three shots on goal.

Sophomore goalkeeper Nils Roth had a pair of saves earlier in the overtime play. He finished with four for the game.

The Aztecs will play the winner of the No.1 Phoenix College/No. 4 Arizona Western College semifinal match which will be played Wednesday night. The NJCAA Region I, Division I finals will be played on Saturday at 6:00 p.m. Location is TBD.