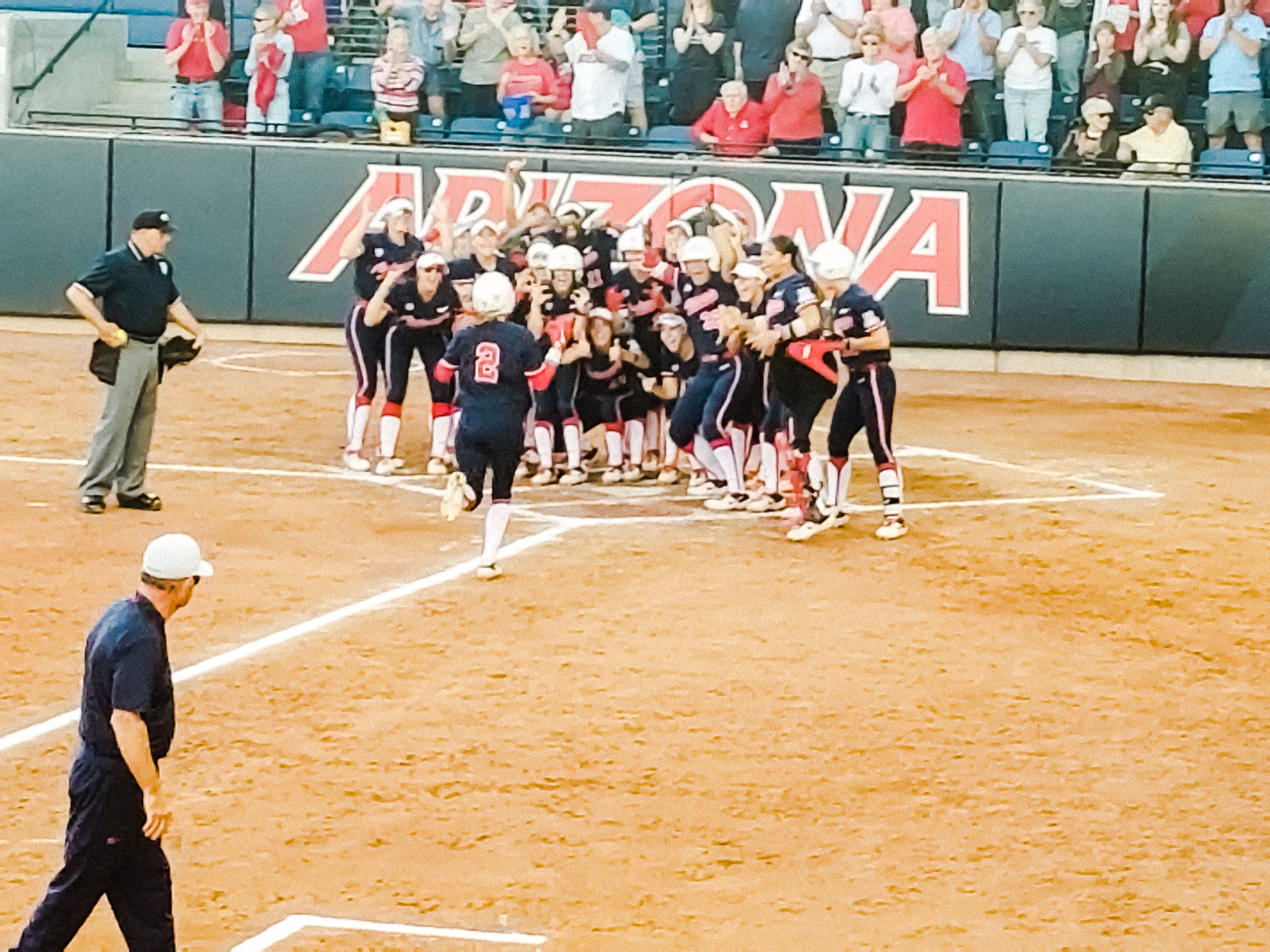 The Cats now own a seven-game winning streak putting their season record at 25-7 . The headliner from Friday’s game was pitcher Taylor McQuillin who shut down the #1 offense in the nation.

Arizona turned to Alyssa Denham in the circle to see what she could do against this Devils offense. Last time Denham pitched was on her twenty-first birthday where she threw a no-hitter to beat Oregon State.

No repeat on a no-hitter for Denham as ASU hit a soft single hit to shallow left-center field. That was all the Devils could put together against Denham who only allowed one hit through the first two innings. Arizona State went fist ball swinging making soft contact leading to easy outs. 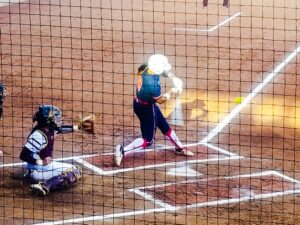 The bats got off to a hot start for Arizona scoring three runs in the first inning. All the runs were manufactured via small ball route. The big hit in the inning came from Dejah Mulipola hit a bases loaded single into left field scoring the first two runs. Later Zona added on from another RBI with a single from Rylee Pierce giving Arizona a quick lead.

Arizona’s  pitching staff has completely dominated ASU’s lineup. Denham continued baffling the Devil hittters who were way out in front unable to power the ball.

Denham ran into some trouble after two walks in the third inning which gave the Sun Devils an opportunity to put some runs on the board. With runners on base Denham locked in getting her first strikeout for the second out of the inning. The Cats had a scare with a line drive hit near first but, Pierce snagged  the ball ending the Devils threat  as they came up empty.

In the bottom of the third inning the Cats lived up to their name as the “Hillenbrand Bombers” hit two homeruns in the inning and putting four runs on the board to extend their lead  to 8-0. 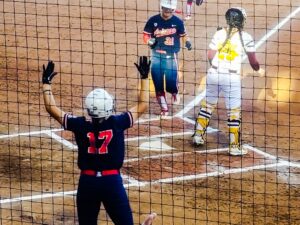 In that inning Alyssa Palomino-Cardoza sent a rocket to center field for a two-run homer which gave her eleven homers on the season.

Not known for her power, Hannah “Peanut” Martinez pulled a fastball down the right field line over the wall for her first career homerun. The Cats combined three for seven at the plate and drove in three runs.

Denham didn’t let up and struck the side to end the game in anorher 8-0 run-rule over ASU.

The Cats have dominated this series outscoring the number one offense in the country 16-0. The most impressive aspect was the Zona pitching staff and how they’ve handcuffed this powerful offense, only yielding four hits in the two games.

With Arizona takes the series and goes for the sweep Sunday at 4 p.m. The entire series has been sold out.