In his first press conference of the week leading up to the opening game versus BYU, Coach Kevin Sumlin was calm, but you could sense the inner fire burning beneath.

When asked about the time since camp opened, his response was, “Time has gone by quickly since August 2nd.” He indicated that all the players have gotten better and the new rule of 110 players this year compared to 105 in past years is really a significant addition, although it wouldn’t seem like it.

On the first game, Sumlin praised the coaching staff of Brigham Young, especially their defense which last year was ranked 6th in overall defensive stats.

He continued, saying he also is pleased where Arizona’s defense is currently, but we’ll find out Saturday when the players strap on the pads and get on the field.

BYU uses a lot of shifts, motion and trades, so the Wildcat defense must make certain their defensive gaps are sound.

The team went through a “mock game” on Saturday where real game situations were put in place. Both 1st and 2nd team players were involved. Sumlin indicated that the position depth chart would be put in place this week.

The offensive line has made big strides in the last three to four days according to Sumlin.

Coach Sumlin wants to encourage the students and the fans to show up on Saturday. He’s seen an increased level of excitement from the community as well as the students that they’re all ready to get the season underway. He stated, “Fans do have a affect on the game.” 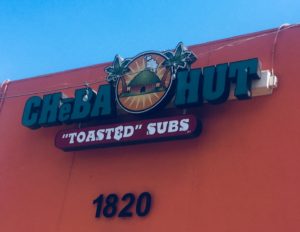 Once again a reporter asked Coach Sumlin, what comparisons would you make on Khalil Tate versus the other great quarterbacks that you coached? His answer was, “I keep them in their own mold and all have been effective.”

Another big adjustment that will certainly change things up is the halftime break going from twenty minutes to fifteen minutes. Sumlin stated that the time must be spent extremely efficiently.

Last thing we found out is Texas A&M linebacker transfer Santonio Marchiol was informed he was no loner on the team. No specific reason was given.