The school year may be over, but the student-athletes at Pima Community College continue to gain accolades. PCC announced the names of the 34 student-athletes who received National Junior College Athletic Association Academic All-American honors yesterday.

The 34 individual athletes marked the second year that PCC set a new high for the number of athletes honored by the NJCAA. In addition, the women’s basketball team received honorable mention as a group for their academic success. As a team, the sixteen women of Aztecs basketball earned a 3.20 GPA.

All individual honorees earned at least a 3.6 GPA while completing 24 or more credits during the academic year. They attended PCC full-time during both semesters and competed in at least one season of their sport(s). 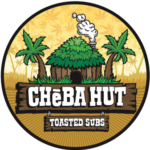 Visit our sponsor by clicking on their logo!