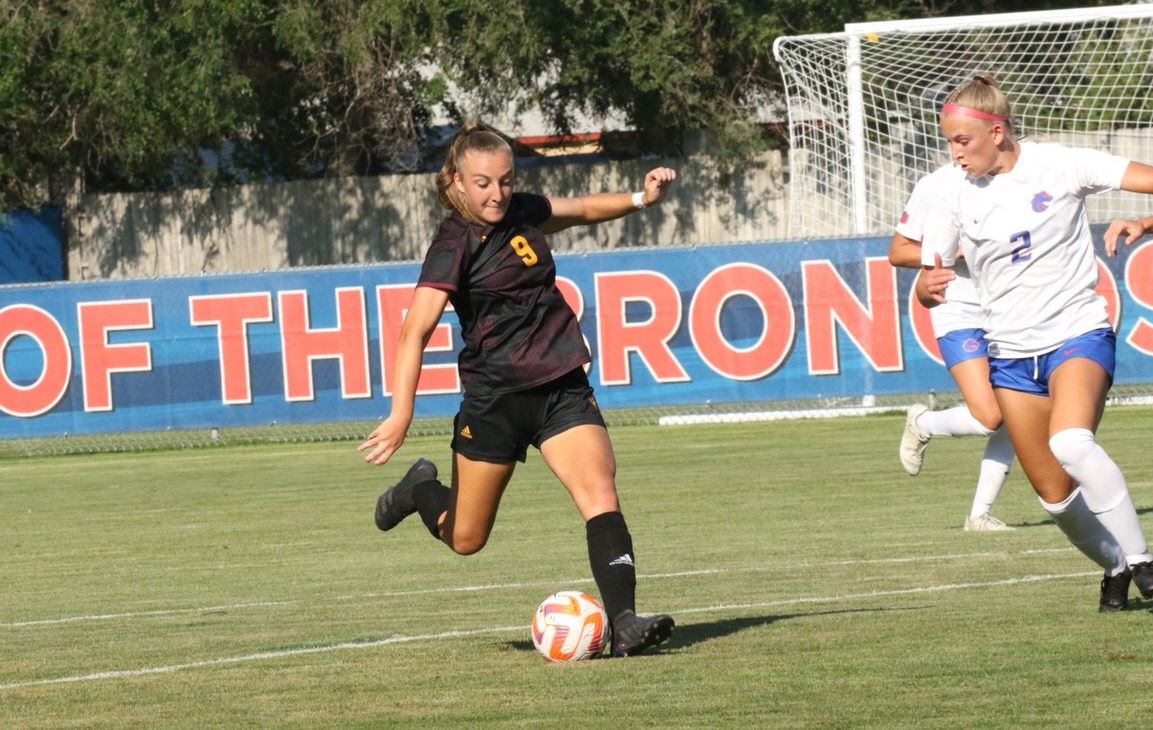 (Boise, ID)  Nicole Douglas came two goals closer to the school record for career goals scored as she accounted for both goals in the Sun Devil soccer team’s 2-1 win at Boise State on Thursday.

The Sun Devils were coming off a frustrating opening weekend in which the weather proved to be their toughest opposition. The Sun Devils (1-0-1) tied South Dakota State 1-1 in a game played over two days (Aug. 18-19) after weather suspended play in the 48th minute on Aug. 18. On Aug. 21, ASU and Hawai’i were both forced into lightning protocol before both teams could start warmups. Unfortunately, the weather did not show signs of improving and the game would end up being canceled.

Even with their experience and talent, ASU knew it would be in for a pair of tough road assignments, starting with Thursday’s game at Boise State.

“Really proud of the team,” ASU head coach Graham Winkworth said. “I thought in the first half we created some great chances and scored two really good goals… In the second half they came out very physical, but I thought we dealt with that pretty well. We defended well throughout the match. Boise State is good team, they have a lot of talent and are very well coached.”

DOUGIE DELIVERS AGAIN
Despite having the biggest of targets on her back whenever she is on the field and even with opposing coaches constantly imploring their defenders to ‘watch No. 9,’ ‘double No. 9,’ No. 9 still found a way to score 46 career goals coming into Thursday’s game. It took less than eight minutes for Douglas to give ASU its first lead of the season. Defender Lucy Johnson found Douglas just inside the penalty area. The defender covering Douglas slipped just as Douglas received the ball. Douglas started to dribble her way across the box and, with two defenders attempting to deny her, Douglas delivered a perfect strike to the far post to give ASU the early lead.

THANK YOU, OLIVIA NGUYEN
Olivia Nguyen’s outstanding ability to read the defense set up Douglas’ second goal as she sent a pass from ASU’s defensive end to a wide open Douglas who took possession of the ball about 10 yards past midfield. With no one in the area to challenge her, Douglas was able to dribble the ball all the way to the top of the 18 where she finally encountered some resistance. A perfectly-timed feint to the left, allowed Douglas enough space to avoid two defenders. With a third defender charging in, Douglas had enough space and time to beat the keeper from near the same distance as her first goal to double ASU’s lead to 2-0 late in the 25th minute.

“Without my teammates I wouldn’t have scored,” Douglas said. “In the first half, if the movement wasn’t coming from the players up top, then I wouldn’t have had the space I did to be able to shoot. Credit to my teammates for being able to provide me with those opportunities to score and as a number 9 it’s my job to put those shots away so I’m happy.”

Added Winkworth, “I loved the pass from Liv on the second goal where Dougie dribbled [into the box and] scored. That was great.”

FABULOUS FRESHMAN PRODUCES SOLID EFFORT IN FIRST CAREER GAME AND START
Freshman goalkeeper Pauline Nelles was not available last week as she was still competing with the German National Team at the U20 World Cup in Costa Rica. On Thursday, she made her first collegiate start, something that would be a difficult assignment for any player making their first start against a quality team like Boise State on the road. All four of her saves came in the second staff as Boise State was desperately searching for the equalizer after the Broncos cut ASU’s lead in half in the 74th minute.

“We’ve got two top goalkeepers at the moment. Birta [Gudlaugsdottir] was fantastic last week, but Pauline showed why she’s one of the best goalkeepers in the country as a freshman, so I’m excited for the future,” Winkworth said. “I’m excited for the competition throughout the week with the keepers because we’re really blessed in that department.”

DETERMINED DEVILS CLOSE OUT THE GAME
This year’s Sun Devil squad is not only extremely talented, but also has a wealth of experience to rely on when the pressure is on. ASU returns a quartet of fifth-year players in the form of forwards Douglas (73 starts/73 games) and Nguyen (38 starts/63 games, including 37 starts in 39 games since start of her junior season) and midfielders Alexia Delgado (59 starts/66 games) and Eva van Deursen (68 starts/71 games). The four players have combined for 238 starts out of 273 games. The Sun Devils also return two other players with more than 50 games of starting experience: defender Lieske Carleer (53 starts/54 career games) and defender/midfielder Callie Darst (58 starts in 59 career games). Why is this so important? Because when the going gets tough – as it did in the last 15 minutes of Thursday’s game when the Broncos were searching for the tying goal – several Sun Devils have ‘been there and done that’ and know what it takes to hold on to a lead.

“We had about 15 minutes to play when we were up 2-1,” Douglas said. “Obviously we have to manage those minutes and I feel like with the experience that we have on this team we were able to do that,” \

DEVILS CLOSE OUT ROAD TRIP ON SUNDAY AT DENVER
Winkworth knew consecutive road games early in the season at Boise State and at Denver would be the path less taken by a lot of programs for very good reason.

“Denver is really good as well,” explained Winkworth. “When I scheduled these games, a part of me was like ‘Should I do this?’ because not too many programs are going to go to these places – even the Power teams – and pick up victories because they are both really good teams. But for us to put a good resume together we need to come and play against the best teams in the country, including the best mid-majors, and so certainly Denver and Boise State fit in that category.”

ASU will play at Denver at 12 pm MDT/11 am MST on Sunday. The game can be seen via live stream and will also be carried by Altitude. Click here for more info on where Altitude is carried. 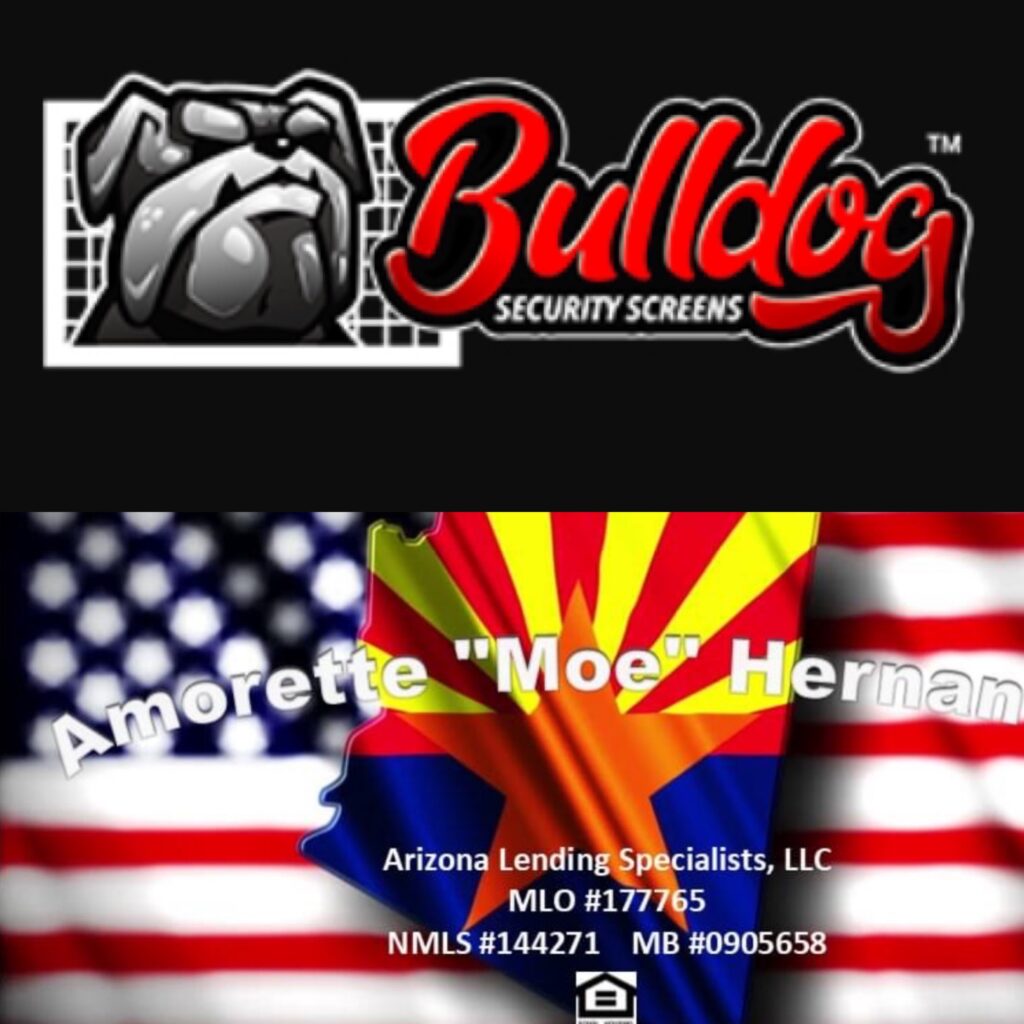