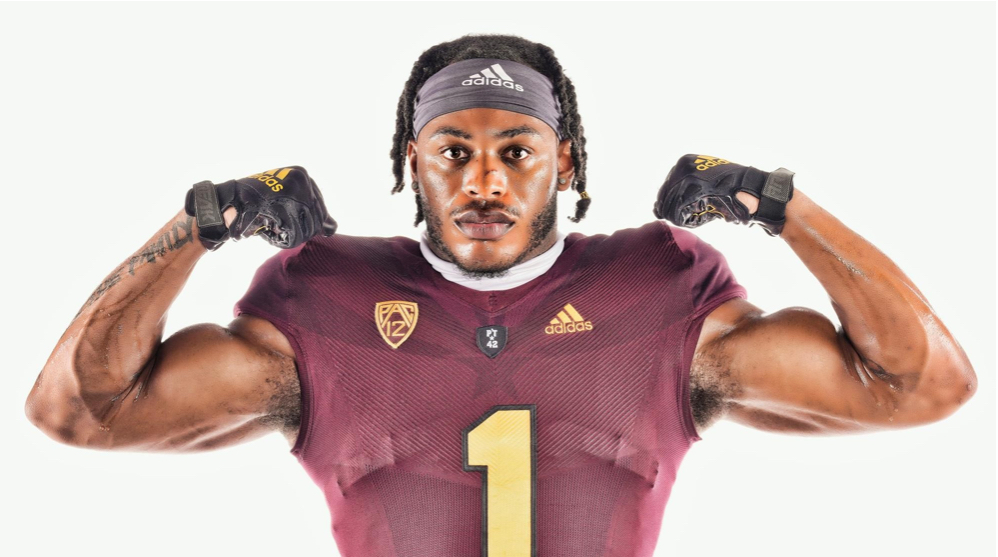 The Forum annually presents the Doak Walker Award to the nation’s top college running back. As the nation’s top returning statistical rusher, Xazavian Valladay claims his rightful spot on the prestigious list.

X FACTOR
Valladay joins Arizona State after four seasons at Wyoming, where he emerged as one of the nation’s most complete running backs. The workhorse carried the ball 626 times as a Cowboy, rushing for 3,281 yards and 19 touchdowns. He left Laramie second in program history in career rushing yards and is the leading returning rusher in the nation. His versatile skill set makes him one of the most unique offensive weapons in the country. The running back can also do damage as a receiver out of the backfield, hauling in 51 passes for 584 yards and two touchdowns at Wyoming.

He eclipsed 1,000 yards on two occasions, highlighted by a 1,265-yard campaign in 2019 which was the third-most yards in single-season program history. Thanks to his efforts, he was named First Team All-MWC. He would go on to lead the Mountain West Conference in rushing in both 2019 & 2020. During an outstanding 2021 season, Valladay rushed for 1,070 yards on his way to earning Second Team All-MWC honors. Through the course of his Cowboy career, he put together 14 100-yard performances with the Cowboys, including a 204-yard game in the Arizona Bowl victory over Georgia State in 2019.

AWARD SELECTION PROCESS
The PwC SMU Athletic Forum Board of Directors will name ten semifinalists in November, and three finalists, as voted on by the Doak Walker Award National Selection Committee, will be announced in November. The committee will cast a second vote in December to determine the recipient. The National Selection Committee consists of past recipients, former NFL All-Pro and college All-America running backs, media members and selected special representatives. The recipient of the 2022 Doak Walker Award will be announced live on The Home Depot College Football Awards. The award is named for SMU’s three-time All-America running back Doak Walker.