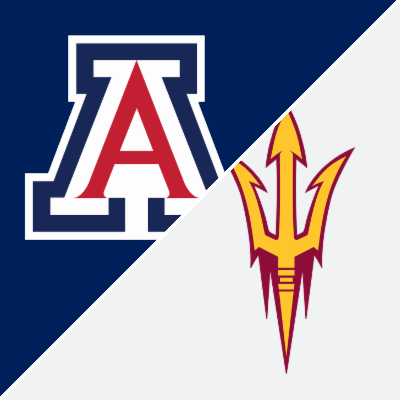 An editorial from 520 Sports Talk owner and host

(Marana, AZ)  Zona and Devil fans have taken to the Facebook Fan Rooms to give their opinions on what is next for their teams and the Pacific Athletic Conference itself.

Your run of the mill fan has no clue what drives the athletic budget and revenue at universities and what schools must have to be attractive to other conferences.

First of all, football must be successful in filling their stadiums (85% of athletic revenue) in order for an athletic department to stay above water and in the black. The two revenue sports (Football & Basketball) pay for all the Title IX and non revenue sports . Basketball brings in 15% of total revenue.

The current status of Arizona Football (ranked #166 last season out of 190 teams) is much less attractive to to other conferences because they were one of the worst teams in the nation and several years before that.

Being in a small media  market (ranked the #67 in the nation) doesn’t add much value either. Having a highly ranked recruiting class is certainly an improvement, but most of those incoming  freshman won’t see much playing time in 2022.

ASU is in the 11th largest media market, but also has its issues of not being the top draw in the Valley of the Sun now that Phoenix has evolved into a professional sports city. Arizona State outdraws Arizona in football attendance, but still cannot fill their stadium. The on-going football investigation isn’t helping either.

Devil fans want A.D. Ray Anderson gone, as he’s perceived to have set ASU athletics back to being irrelevant in certain sports. ASU has the strongest football tradition of any of the Arizona schools, but the other revenue sport of basketball hasn’t had much success in a long time.

The B1G doesn’t want a “basketball school” without a strong football team. First of all, look at the size of all B1G football stadiums, some of the largest in the nation. Secondly, they all sell out every week.

To go along with football, all or most B1G universities have above average to great basketball programs as well. This is one reason the B1G is rated one of the top Power 5 Conferences behind only the SEC.

I don’t feel the Arizona Board of Regents will split up Arizona and ASU, they are a package just as they were from the WAC to the PAC in the mid 1970’s no matter where they end up.

Both ASU and Arizona are still awaiting their fate from infractions involving the football and basketball programs. Will that factor into the scenario?

The only PAC universities that the B1G is even considering are Oregon and Washington (they’re also trying to lure Notre Dame). Both the Northwest schools have some of the best athletic facilities in the PAC which makes them more attractive than the two Arizona schools.

When you lose two teams from the second largest media center in nation, there are no teams available that would come close to equaling the L.A. School’s conference impact.

In my opinion, no Big 12 schools will leave that conference to join the PAC. Their TV deal is much better than the PAC who has the absolute worse media contract of all the Power 5 Conferences. No university leaves a conference for less money.

If the PAC wants to remain a conference, they’ll most likely have to raid the Mountain West Conference with only a couple of decent schools that would be competitive in a Power 5 Conference. SDSU and Fresno State are the most attractive but that’s still doesn’t come close replacing the revenue or tradition from USC or UCLA.

UNLV may also be an option since the PAC was planning to relocate their offices to Las Vegas. Any of those teams would also widen the gap in the cellar between the PAC and the other Power 5 Conferences. RPI’s would also suffer on the national scene.

The conference would have to re-evaluate their academic requirements in order to allow SDSU, FSU and UNLV (Party Schools) into the PAC.

The Big 12 would be the best option especially if Oregon and Washington also leave for the B1G.

Even with Texas and Oklahoma defecting  to the SEC, the Big 12 still has a strong football presence with Oklahoma State, Baylor, Texas Tech and Iowa State.

Brigham Young was just added to the Big 12 along with Central Florida, Houston and Cincinnati, all good football schools. It’s unknown if the Big 12 would want to add more than a couple more schools immediately.

Would Colorado who formerly was in the Big 8/12 be at the top of the pecking order ahead of Arizona and ASU? Adding Utah to the conference would also renew their long rivalry with BYU. Could this also be something the Big 12 would factor in on further expansion?

Before the Wildcat Basketball team reasserted themselves last season back on the national scene, most of Arizona’s recent athletic success has come from the non-revenue Title IX sports and baseball. Looks good on paper, but brings little money into the overall athletic budget.

Arizona State is trying to figure out how they will fare with the football program’s alleged infractions and is Coach Herm Edwards the answer to stay competitive in a new conference or a revamped PAC? Time is not on the side of the Sun Devils.

Whatever is decided for the two Arizona schools, it must be done quickly as to not be left behind and become an afterthought.

The next chapter will hopefully be advantageous for ASU and Arizona, but it’s all centered around big money. A far cry from when both schools left the WAC for the PAC forty two years ago. 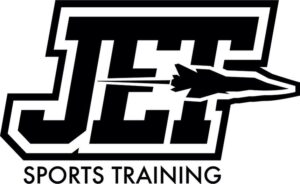