Arizona attempted to come back in the third inning after scoring two runs, but after a scoreless inning for both parties, the Sun Devils broke it open in the fifth by scoring three runs. Two runs in the sixth and one more in the seventh added a cushion to the Sun Devils’ lead.

“What I’m really excited about is how when I went out onto the field after the game and one of our leaders, shortstop Alynah Torres, was out there telling the team, ‘We’re not done,’ so their focus is on the next game and the next game,” said head coach Trisha Ford. “Yes, this feels good, but Arizona is going to come out swinging tomorrow and we’re going to respond.”

With Friday’s victory, ASU extends its win streak to 12. The last time the Sun Devils defeated the Wildcats by seven runs was in 2008 en route to their World Series Championship.

Mac Morgan earned her 12th win of the season while Marissa Schuld earned her second save as she came in to relieve Morgan in the fifth inning.

HOW IT HAPPENED
Arizona State 9, Arizona 2

In five pitches, leadoff batter Alynah Torres was walked followed by Yannira Acuña getting hit by a pitch with a full count to put two on base for the Sun Devils. After a fly out by Cyd Sanders, Jazmine Hill would be the third batter of the inning walked. On a 1-2 count, Jazmyn Rollin hit a single up the middle, advancing Torres and Acuña home to take the lead, 2-0, while Rollin would advance to second on the throw to third.

Jessica Puk started the second inning by drawing a walk. Next up, Bella Loomisexecuted a textbook bunt to advance Puk to second. With two outs in the inning, Acuña doubled into the gap in left field to score Puk and bring the lead to 3-0.

In the top of the third, Arizona replaced their pitcher, but the Sun Devils were unable to produce any runs. After an Arizona batter made it on first, the following batter hit a homerun to cut into the Sun Devil lead and bring the score to 3-2.

The fourth inning remained scoreless for both teams, with the score at 3-2.

To lead off the fifth Yanni Acuña singled into left field. This was followed by a single by Sanders. An error by the right fielder advanced Sanders to second and Acuña to third. Jaz Hill flew out to right field which scored Acuña and advanced Sanders to third, the score 4-2. This was followed by a double by Rollin which scored Sanders. With Rollin on third due to a throwing error on her hit, Makenna Harper hit a sac fly into right field scoring Rollin and extending the ASU lead to 6-2. Marissa Schuld replaced Mac Morgan in the circle in the bottom of the fifth. Schuld had a 1-2-3 inning to keep the Sun Devil lead 6-2.

Puk singled into center to lead ASU off in the top of the sixth. With one out Torres flew out deep to center to advance Puk to second. Next up Acuña drew a walk to put on base for the Sun Devils. Next in the box Sanders hit a double off the first pitch to score Puk and Acuña adding to the lead. With the Sun Devil lead now at 8-2, Arizona once more changed their pitcher.

Rollin drew a leadoff walk to get the Sun Devils started in the seventh. Next, pinch hitter Emily Cazares reached first on an error by the second baseman putting Rollin on second. Jess Puk got hit by a pitch in the next at bat which loaded the bases for ASU. Bella Loomis added another run to the scoreboard after she hit a sac fly to score Rollin, the lead now 9-2. Cazares and Puk were left on base to end the inning. Schuld struck out the last two batters she faced to secure the rivalry win for the Sun Devils. 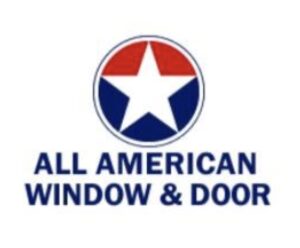