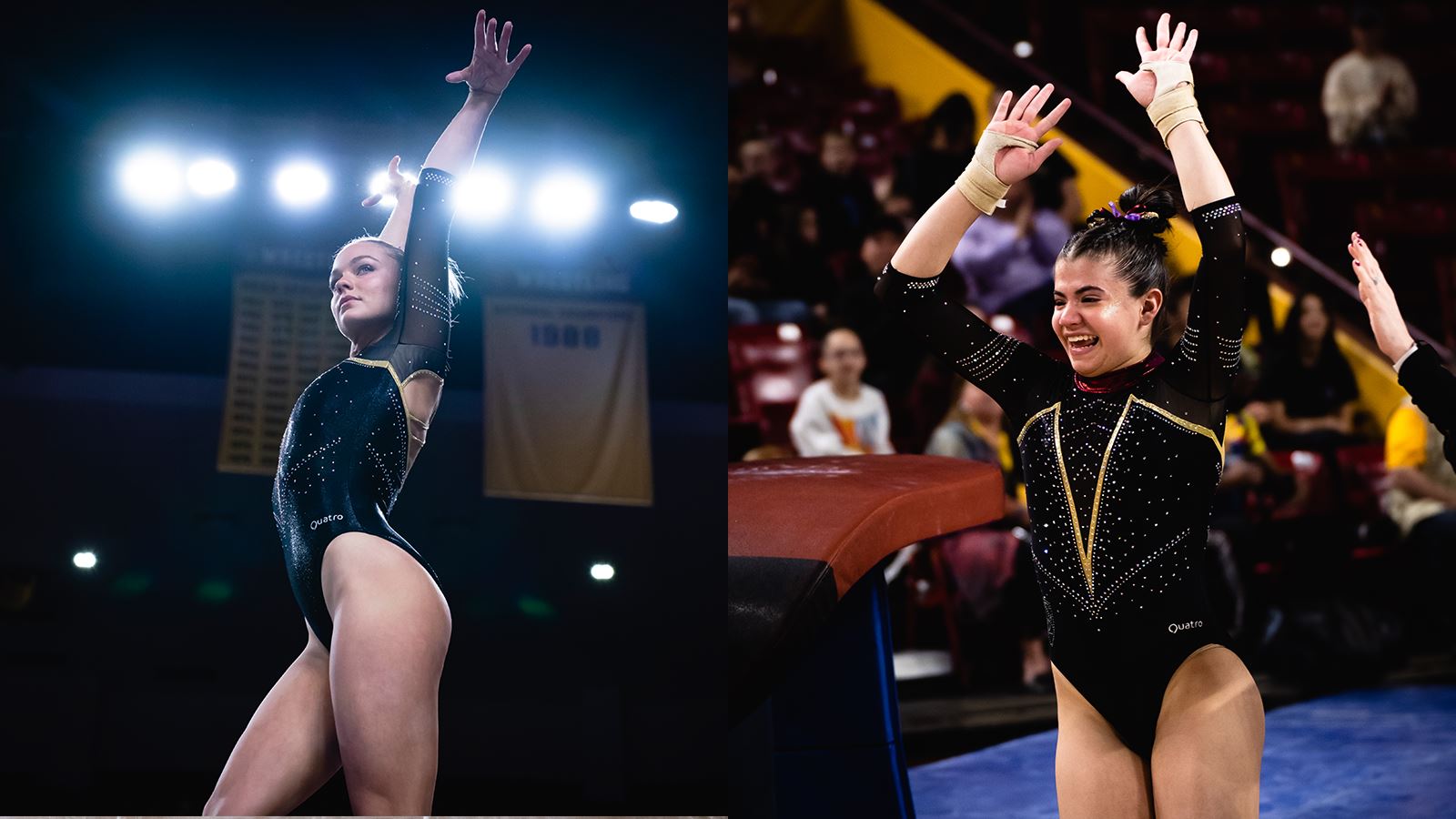 This is the fourth-straight season that Arizona State has had at least one earn All-Pac-12 honors. It is the second year in a row that the program has a Gym Devil make first team for both all-around and vault. Scharf made the all-around first team for a second-consecutive season.

The Pac-12 determines all-conference awards based on the National Qualifying Score (NQS) for individuals. The top six earn first team nods and the next two in seventh and eighth get the honorable mention.

Scharf has had another strong and consistent season for the Gym Devils. She is currently ranked No. 13 in the all-around on Road to Nationals and third in the Pac-12. The Canadian native has 11 event titles, five of those coming from the all-around. Her consistency has been next level as she has done the all-around in every meet and has scored below a 9.800 just five times and has hit 100 percent of her routines. She has 16 scores of 9.9-plus, some on each event: vault (3), bars (2), beam (6) and floor (5). On beam, she has a 9.950, the highest beam score by any Gym Devil this season. Her efforts have been honored with two weekly awards: Pac-12 Gymnast of the Week and Pac-12 Coaches Choice of the Week.

Theodorou has been a great addition to the team, a local talent coming from Phoenix. She has been in the anchor spot in the vault lineup in all but one meet. On Road to Nationals, she’s currently ranked No. 23, fifth in the Pac-12, and has helped keep the team vault ranking the highest of all events all season. She has won three event titles there and has five scores of 9.9 or better on vault. To start her collegiate career, she has not scored below a 9.800 on that event.

Next up for the Gym Devils is the NCAA Regionals in Norman, Oklahoma on March 31. ASU earned a No. 16 seed and will compete in the second session of the second round at 5 p.m. MST