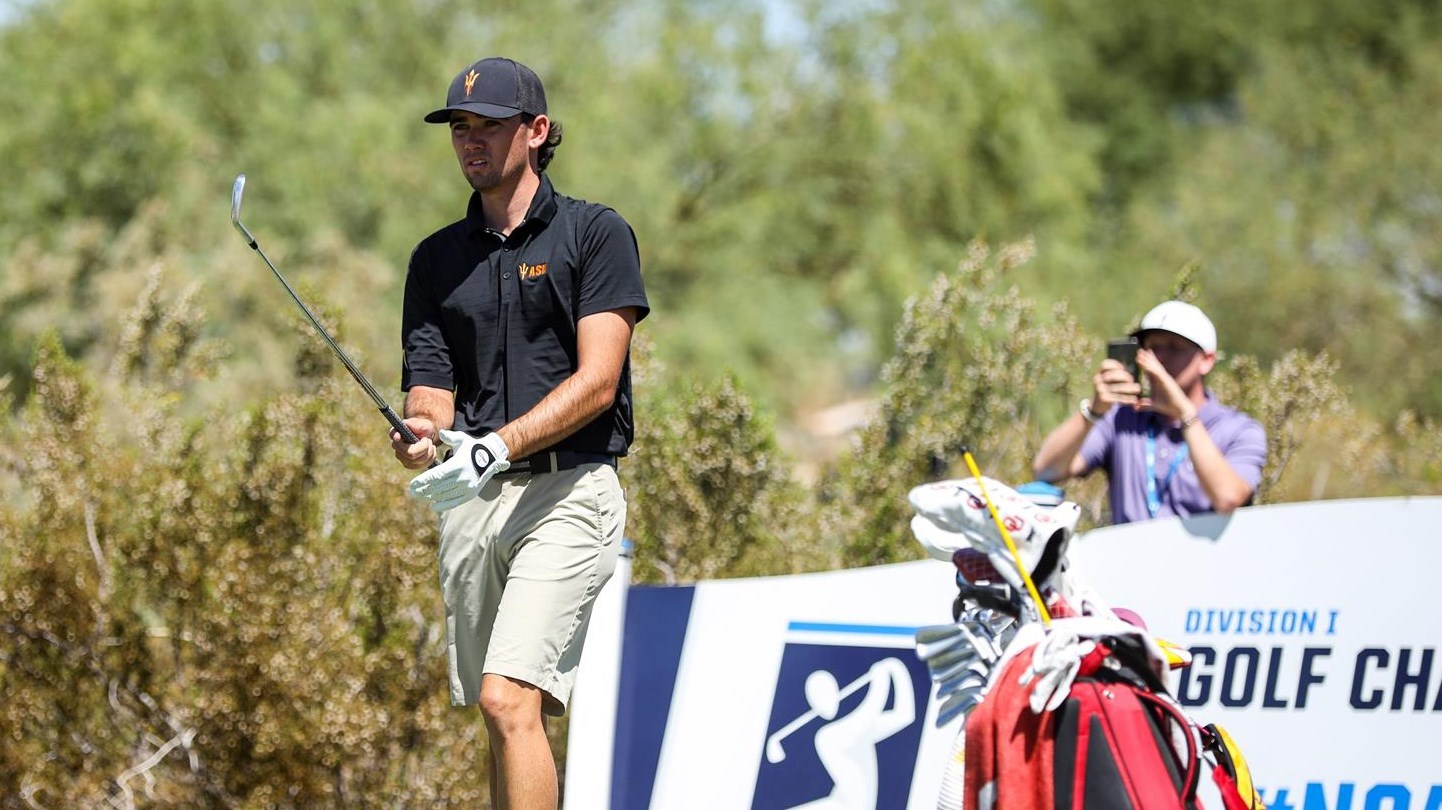 (Tempe, AZ)  Sun Devil Cameron Sisk has earned Pac-12 Golfer of the Month for September as the Maroon and Gold get ready to travel to the Isleworth Invitational in Orlando, FL, beginning October 17.

Sisk, a two-time all-American, won the Maridoe (70-66-73) Invitational in September with a tournament-best 5-under on the par-3 holes (2.58) and also led the field with 17 birdies. Just four days later, he went on to tie for second (71-69-68) along with teammate David Puig at the Fighting Illini Invitational.

Led the Sun Devils to a third-place team finish at Maridoe and runner-up showing at the OFCC/Fighting Illini Invite.

Recorded a 69.5 scoring average across six rounds including 4-of-6 under par and three in the 60s.