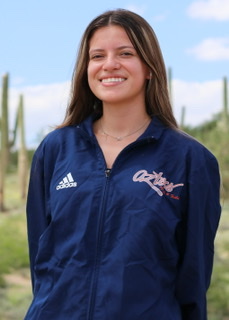 The men’s team finished sixth in the team standings with a score of 140.

Sophomore Carolina Vega-Picos (Desert View HS) competed in the women’s 5K (3.1 miles) race as she finished in 34th place with a time of 19:38.

The Aztecs will compete in the Paradise Valley Invitational on Friday at Sereno Park in Phoenix. The races begin at 8:00 a.m.