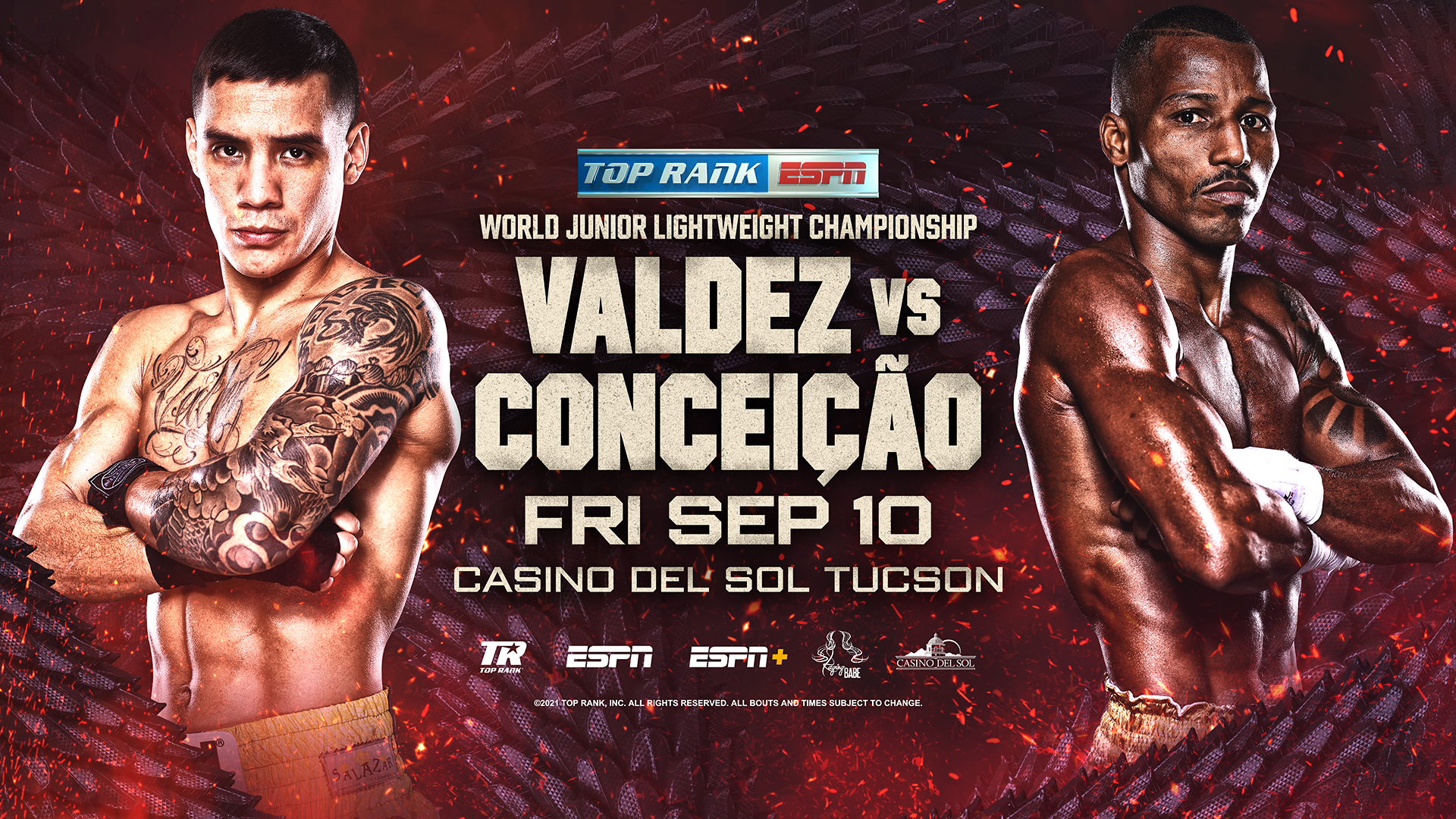 (Tucson, AZ)  Professional Boxing is back in the Old Pueblo after taking a hiatus during the Covid outbreak.

The Fights will be held at Casino Del Sol 5655 W. Valencia Road at the AVA Amphitheater. The gate will open at 1:30 pm and the opening bout on the fight card will begin at 2:30 pm.

The Main Event will be for the World Junior Lightweight Championship with Oscar Valdez from Nogales Sonora facing Robson Conceicão from Brazil.

Conceicão was the first Brazilian Boxer to win an Olympic Gold Medal in 2016.

As of July 2021, Valdez is ranked as the world’s best active super featherweight by ESPN.

Fans will see a new local face in the ring when bantamweight Jose “Fosforito” Ramirez makes his hometown debut in a four-round bout. 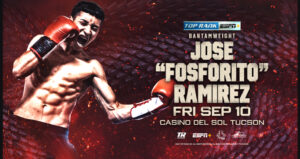 Ramirez is a name familiar to Tucson boxing fans.  Jose is the younger brother of Jensen Ramirez, known nationwide as a best-in-class tattoo artist, and to locals as a ring warrior who takes all comers, and never quits.

The younger Ramirez hopes to continue his brother’s legacy, beginning his career last Friday, July 30, with a first round knockout win over Manuel Ibarra Nubes in Sonora, Mexico.

Ramirez, who was ranked 8th in the country in his weight class as an amateur, won five regional titles and 16 state titles during his 11 years as an amateur.