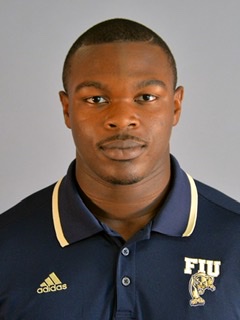 DL Giovani Francois (6‘3″, 255, Florida International University)joins the Sugar Skulls for his third season in the IFL, after having spent time with Green Bay and Iowa. Francois was a member of Iowa’s 2018 IFL Championship-winning team, when he recorded nine total tackles and one sack in two postseason games that year. Across a four-year college career at FIU, Francois played 34 games, amassing 77 total tackles, including 14 tackles-for-loss and 11.5 sacks.

The Upper Marlboro, Maryland native attended Wise High School and was chosen to play for the Washington team in the Maryland Crab All-Star Game. He was also an inaugural selection to play for the South roster in the Chesapeake Bowl Game. Francois’ God Uncle is Pittsburgh Steelers Head Coach Mike Tomlin.