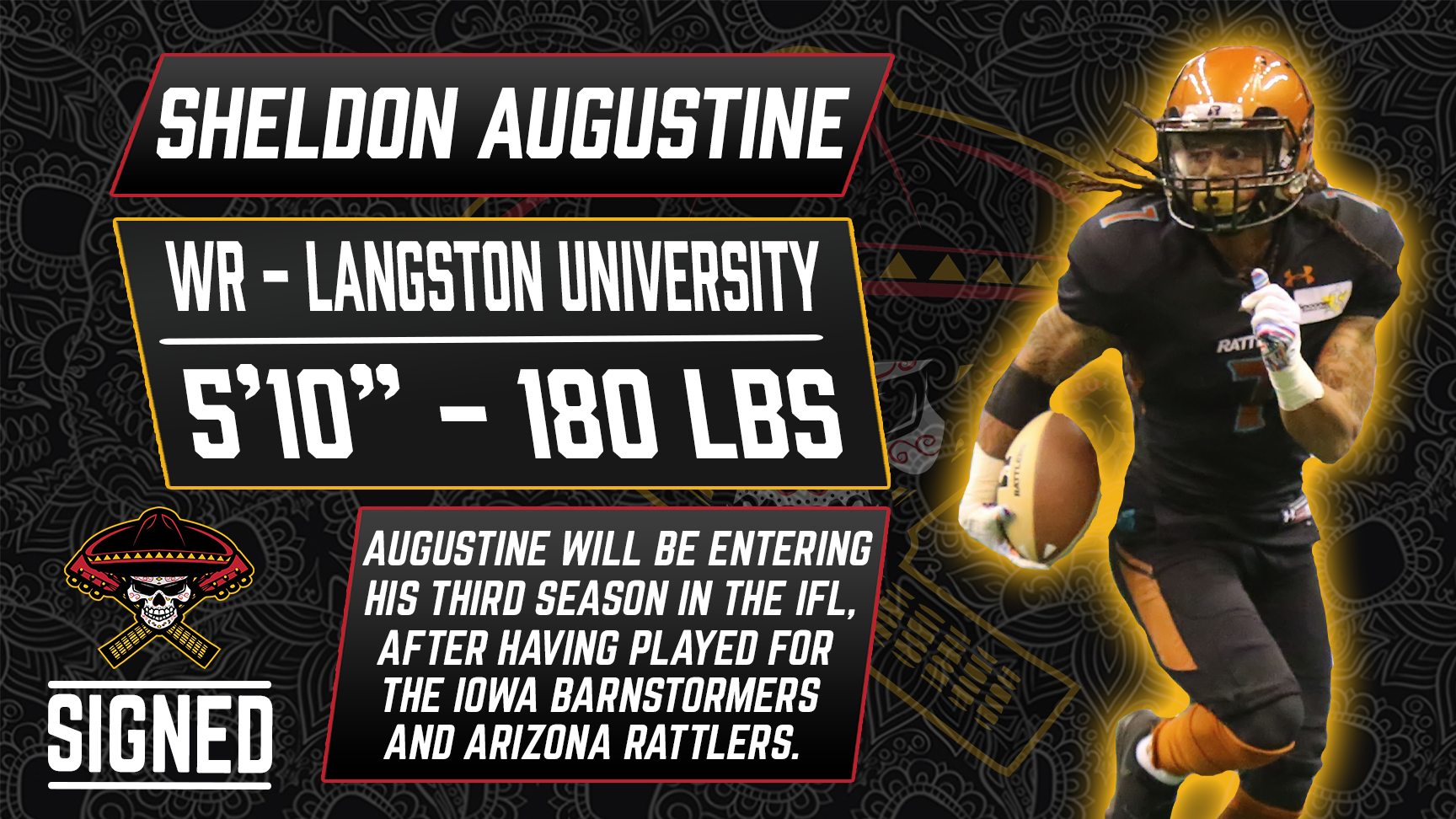 WR Sheldon Augustine (5’10”, 180, Langston University) will enter his third season in the IFL, and his first with the Sugar Skulls. Augustine spent his rookie year in the IFL with Iowa in 2018, seeing action in eight games and making 29 catches for 226 yards and three touchdowns. He then played in three games for the Arizona Rattlers in 2019, making five catches for 76 yards and three touchdowns.

Prior to joining the IFL, Augustine spent one season in the German Football League (GFL), after a three-year college career at Langston University. While at Langston, the New Orleans, Louisiana native was a three-time All-American selection, and he was named the Offensive MVP of the FCS Bowl in Miami.