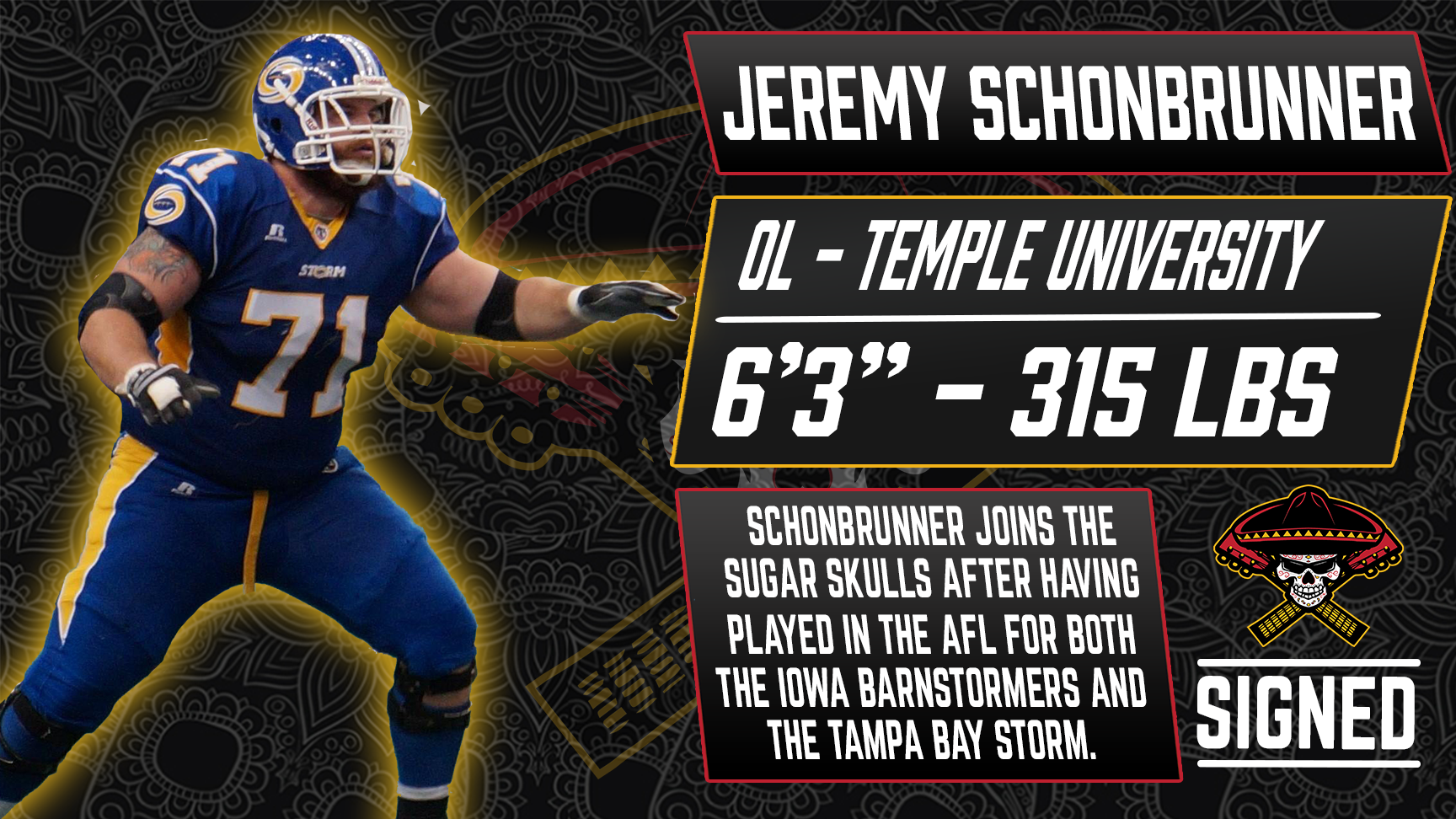 OL Jeremy Schonbrunner (6’3”, 315, Temple University) brings a wealth of experience to Tucson as he begins his third separate stint in the IFL. After making his IFL debut with the Leigh Valley Seahawks in 2012,

Schonbrunner signed with the Iowa Barnstormers in 2014. The Salisbury, MD native then joined the Tampa Bay Storm entering the 2015 season, where he started 13 games.

Schonbrunner then returned to the Barnstormers in 2016 for his second stint in the IFL. He spent his college career at Temple University from 2007-2011, where he played in 38 games, starting nine at center for the Owls.

An active member of the community, Schonbrunner earned the 2010 Mark Bresani Award at Temple, being recognized for his spirit and enthusiasm, in addition to earning the AFL Pulse Player of the Week Award from his philanthropic efforts with Iowa in 2014.