Marks played in 14 of the 17 games last season for the Aztecs. She made three starts and scored three goals and had one assist. 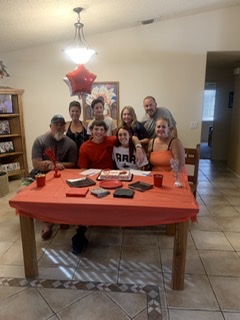 Marks Quote: “My brother and I have always complained about never being able to be at the same school together….well all the complaining finally turned into a reality,” Marks said. “It’s exciting to know I can continue my soccer career after all my setbacks, but it’s another knowing I’ll be able to represent the same school as my brother and being able to both be there to support each other’s sports journey. It wasn’t too hard of a decision.”

Marks played her freshman year at New Mexico State University in 2016 where she played in 18 games. She battled through injuries and returned to Tucson to play for the Aztecs last season.

Marks Quote: “Pima was a lot of realizations for myself. I was so appreciative of (Coach) Kendra (Veliz) giving me a chance to rebuild; not only physically but also emotionally,” Marks said. “I was blessed with a very great group of trainers that helped push me every single day; especially Akira (Kondo).
“The season didn’t go exactly how I wanted it to, but the way I play soccer now and see the field is thanks to the time I had to spend away from soccer and also learn new views from my team. I’m grateful for my decision to play for Pima and I will never forget these memories.”