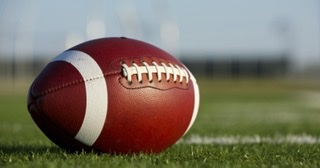 (Tucson, AZ)  In a whirlwind of events that saw one team leaving Tucson Youth Football for this season to play up in Phoenix, another two teams have decided not to participate this season over concerns of the COVID-19 situation.

The Tucson Scorpions will take their game on the road and play games in the Valley of the Sun and down in Tucson at Palo Verde High School. They’re planning on playing at least five game in Tucson and possibly games in Casa Grande as well.

Scorpion President Keith Regina didn’t want the rug pulled out from under his kids if the TYF season would have been cancelled. It’s always good to have a “Plan B.”

The Tucson Jaguars under the direction of former Wildcat player Brandon Marshall, have decided to play it safe and not have his teams participate in the upcoming season.

The other team, the Sahuarita 49ers and President George Rushing have also joined the Jaguars in deciding not to compete this season after one player tested positive for the coronavirus.

A new team will be a part of Tucson Youth Football as the Sierra Vista Wolverines play their inaugural season after playing in a different league in past years, competing against teams from Vail, Wilcox Benson and Nogales.

So as a new day arises in all, thirteen teams will play in the 2020 Tucson Youth Football and Spirit Federation abbreviated eight game schedule. Cheer Squads will also be a big part of the season.

Currently, all Marana and Oro Valley parks are open for practice. Tucson Parks are allowing practice, but under strict guidelines. There can not be more than ten players in a group and the groups have to be forty yards apart. It remains to be seem if fully open practices in Oro Valley and Marana will have an uneven advantage over the teams that practice in the city of Tucson.

Practice is slated to begin August 10th and the season will begin on September 5th.

For safety reasons, Commissioner Julius Holt said that in season practice and game protocols will be adjusted to comply with local COVID-19 rules. They will be laid out on the TYFSF Facebook page in the next twenty four hours.

At the end of the day, fourteen teams have made plans to compete in 2020 in Southern Arizona and in the Phoenix Metro area.

It’s so important and vital that the parents of the different organizations have a increased say in what goes on with their children.

Cancelling the entire season would have been a disservice to youth sports and the athletes that play.

Both differing opinions and decisions cannot be questioned as all organizations should be able to dictate what goes one and what is eliminated to the benefit and safety of their teams.