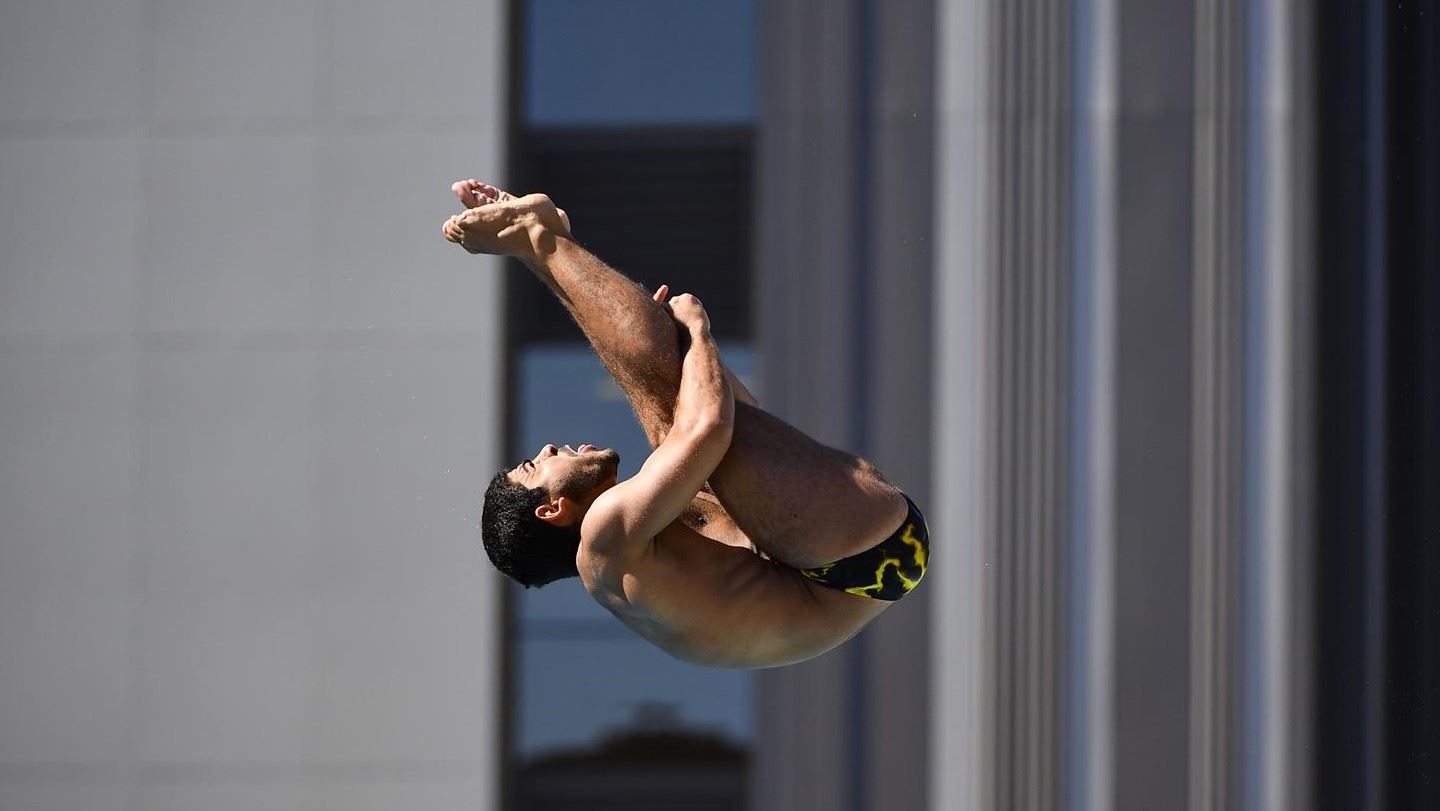 (Federal Way, WA)  Sun Devil diver Youssef Selim finished up the final day of the Zone E Diving Championships today, competing in the platform event. Selim earned a spot in the finals after placing 14th in the prelims and earned his third NCAA bid in as many events by placing sixth in the finals.

“I think Youssef will need a full body I’ve bath after today, as he competed tough today after getting 16 points and zero points on two of his dives in the preliminary,” coach Mark Bradshaw said. “He pulled it together with a tough final round with lots of dives.”

Selim came into the morning already having secured NCAA bids in one meter and three-meter springboard, looking to earn a bid in platform to secure a spot in all three diving events for the third season in a row.

The Egyptian took home 14th place in the preliminary round with a score of 260.85. He was one of 18 chosen to compete in the final round to follow.

Selim began his finals routine on a high note, with his first dive garnering four 7.5s and three 8.0s from the judges for 69.00 points. He followed with an equally strong dive that earned him 75.20 points, finishing the round with 374.40 points for fourth place overall.

The Sun Devil women are back in action for day one of the NCAA Women’s Swimming and Diving National Championship on Wed., March 18.