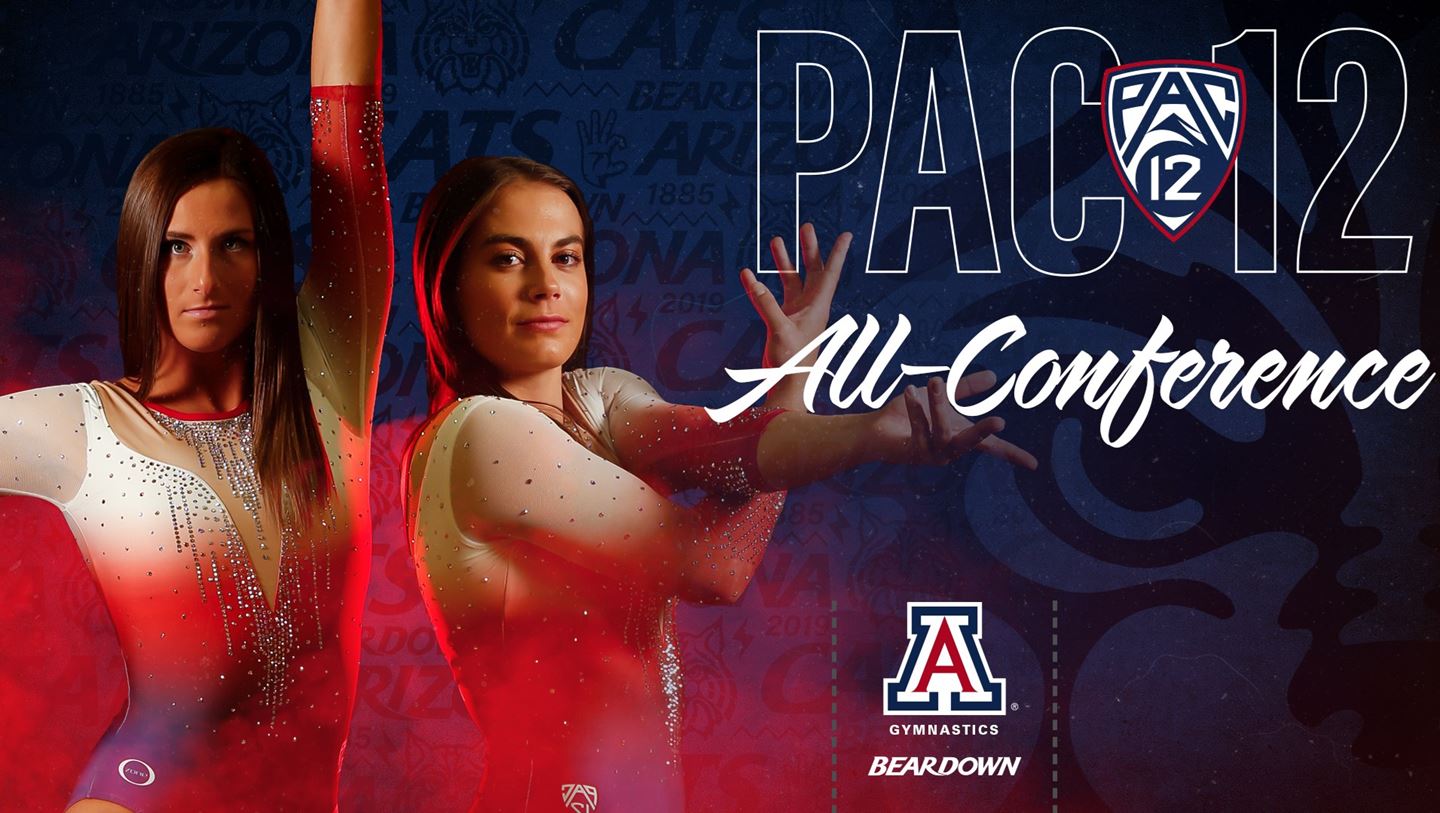 This is Leydin’s first time in her career earning a Pac-12 All-Conference honor and Berg’s second year named to the Honorable Mention team on the uneven bars.

“Maddi and Chrissy have worked very hard this season on those events and as a program we are glad they have earned these honors,” head coach John Court said. “It’s one of the goals they had for 2020 and I am happy they were able to be recognized for their efforts.”

Leydin finished the season tied for No. 3 in the Pac-12 on vault after a standout season on the event. She earned a career-high of 9.975 on March 1 at California and has scored above a 9.80 on the event in eight meets with four individual vault titles. Leydin’s career-best 9.975 is the second-highest ranked all-time vault score in program history and the first time a GymCat has earned a 9.975 on vault since 2007.

Berg earned Honorable Mention on the uneven bars after finishing the season tied No. 8 in the conference. She earned above 9.80 on the bars in every meet this season, earning a season-best score of 9.95. Berg tallied five individual first-place finishes on the uneven bars and holds the top-three scores on bars this season for Arizona.

Student-athletes with the top six National Qualifying Scores (NQS) for the regular season (with ties) on each event plus the all-around earn First Team honors. Honorable Mention honors are earned by student-athletes ranked No. 7 and 8 (with ties) in the NQS.