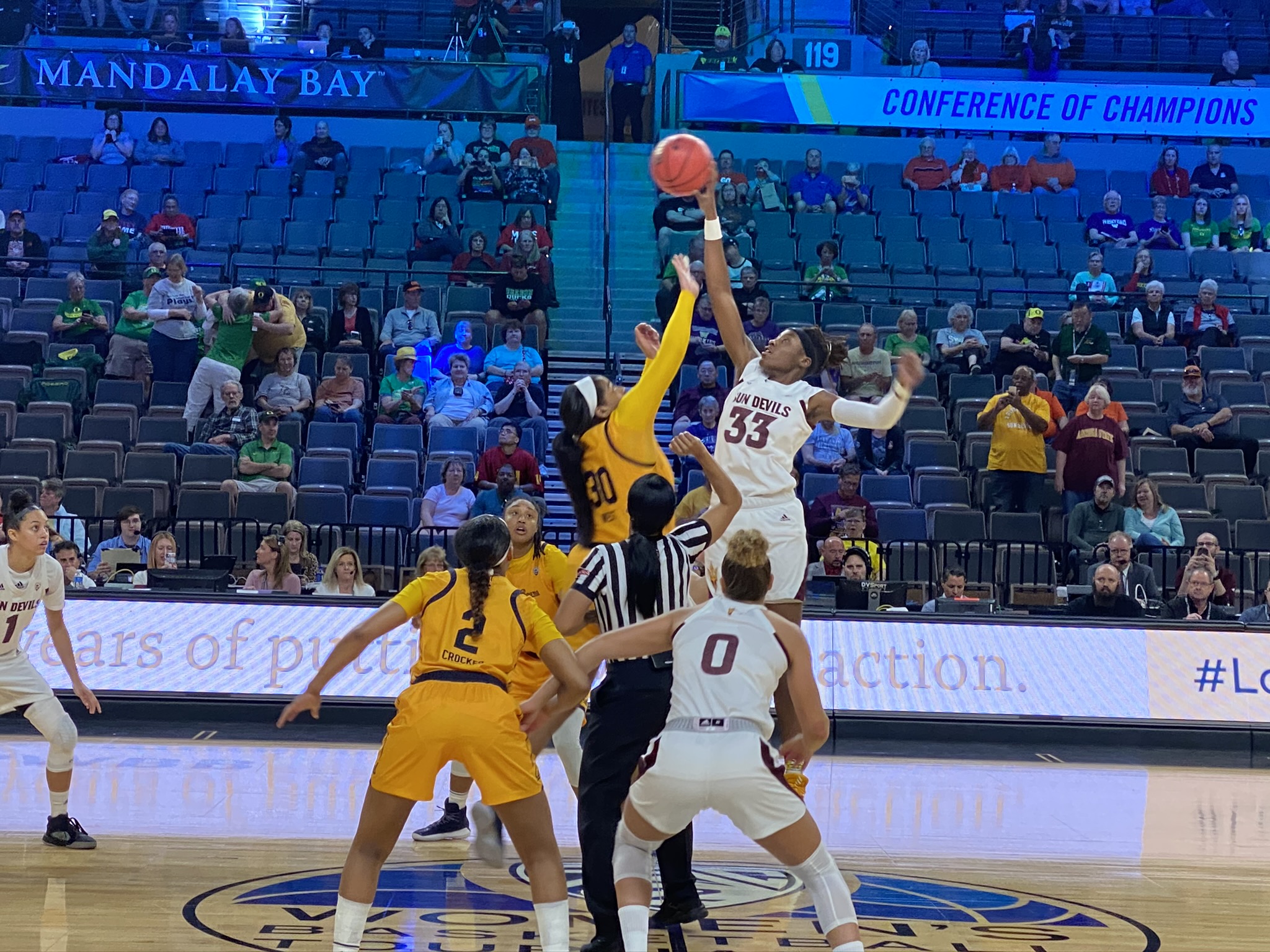 This marked the second time in a week that these two teams have met as ASU whipped the Bears 77-54 last Friday at Desert Financial Arena.

California’s record didn’t indicate how tough they’ve played against ranked teams this season. They fell one basket short of #16 Kentucky (63-61) and lost to UCLA by four in overtime (74-70). Their biggest win of the season was last Sunday in Tucson over the #14 Arizona Wildcats.

Arizona State jumped out to a 7-3 lead on Riley Richardson’s three from the left side. 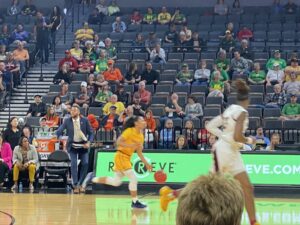 Cal settled down and went inside as they wanted to establish a presence down low. Both teams matched up in size evenly.

The second half of the opening quarter both teams went cold from the field until the last minute and a half. Cal edged the Devils 5-4 to end the first quarter down 18-12.

Arizona State turned up the heat and began to push the ball in transition capped off by Robbi Ryan’s trey from just left of the top of the key to give the Devils a 21-12 lead at the 7:24 mark of the second quarter and a Bear’s time out.

California’s shooting woes continued into the second quarter as the Sun Devil’s defense ratcheted up a couple notches.

Richardson, with the shot clock running out, threw up a one handed prayer from the top of the key and banked it in, 25-12 in favor of the ladies from Tempe with under five minutes to go till the half.

The Bears showed some life at the end of the second period scoring seven of their nine points in the quarter with under 2:37 to go. 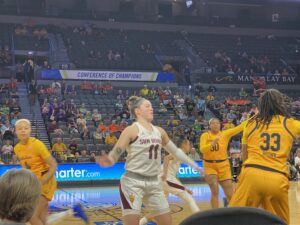 There wasn’t a lot of perimeter shooting as both teams combined for just eight three point shot attempts, ASU hitting 2-4.

In a tournament setting, every team is 0-0 and the Bears didn’t play like they had only three conference wins. ASU kept letting Cal stick around instead of maintaining  a killer instinct.

The go ahead buckets were a result of a Richardson turnover off the Bear’s backcourt press and a three point dagger by Cailyn Crocker from the left side. Boom, Cal led 48-46 at the end of three quarters outscoring ASU 27-14.

The Golden Bears were killing the Devil’s interior defense but a step back three by Crocker gave Cal its largest lead, 62-53 and forced Turner-Thorne into another timeout.

Things went from bad to worse as Cal’s continued assault on the Sun Devil defense kept paying dividends and a 66-58 lead with only 2:47 left forced ASU to call its third timeout in the quarter.

ASU still had life with 1:03 left as their defense clamped down and forced a hurried shot at the end of the shot clock getting the rebound with a one possession game in the balance.

Richardson shot two free throws on a technical foul called on Crocker and the Bears lead was down to one, 66-65 with 55.8 seconds left.

So it came down to the last 31.2 seconds as the Devils found themselves down by a deuce 67-65 and the ball with a difference of 1.2 seconds from game clock to shot clock.

Two Richardson bombs from outside the three point line were off he the mark and Cal rebounded the ball and was fouled. 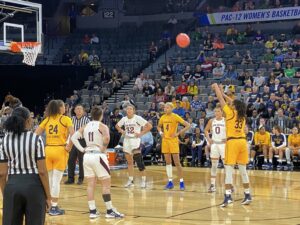 CJ West calmly sunk both free throws and made it a two possession game 69-65 with 13.8 seconds left.

Without fouling, the Bears let Richards go in for an uncontested layup knowing they’d be fouled on the next possession.

After that it was a matter of hitting their free throws and running out the clock.

After a slow start in the first half, the Golden Bears shot 50% (13-26) in the third and fourth quarters to make up the halftime deficit and bypass ASU.

When Cal began to press in the second half, it threw the Devils out of kilter due to starting point guard Kiara Russell out with an injury. Freshman guard Sydnei Caldwell was forced into action running the point against the Bears’ press and turned the ball over, resulting in Cal baskets.

Russell will be available to play in the NCAA Tournament starting next week.

Bears take the opening game of the PAC-12 Tournament 71-67 and will face Arizona Friday at 11:30 am pacific time. This will be a rematch of last Sunday’s game in which the Bears beat an overconfident Arizona team after their big win over #4 Stanford two nights earlier.