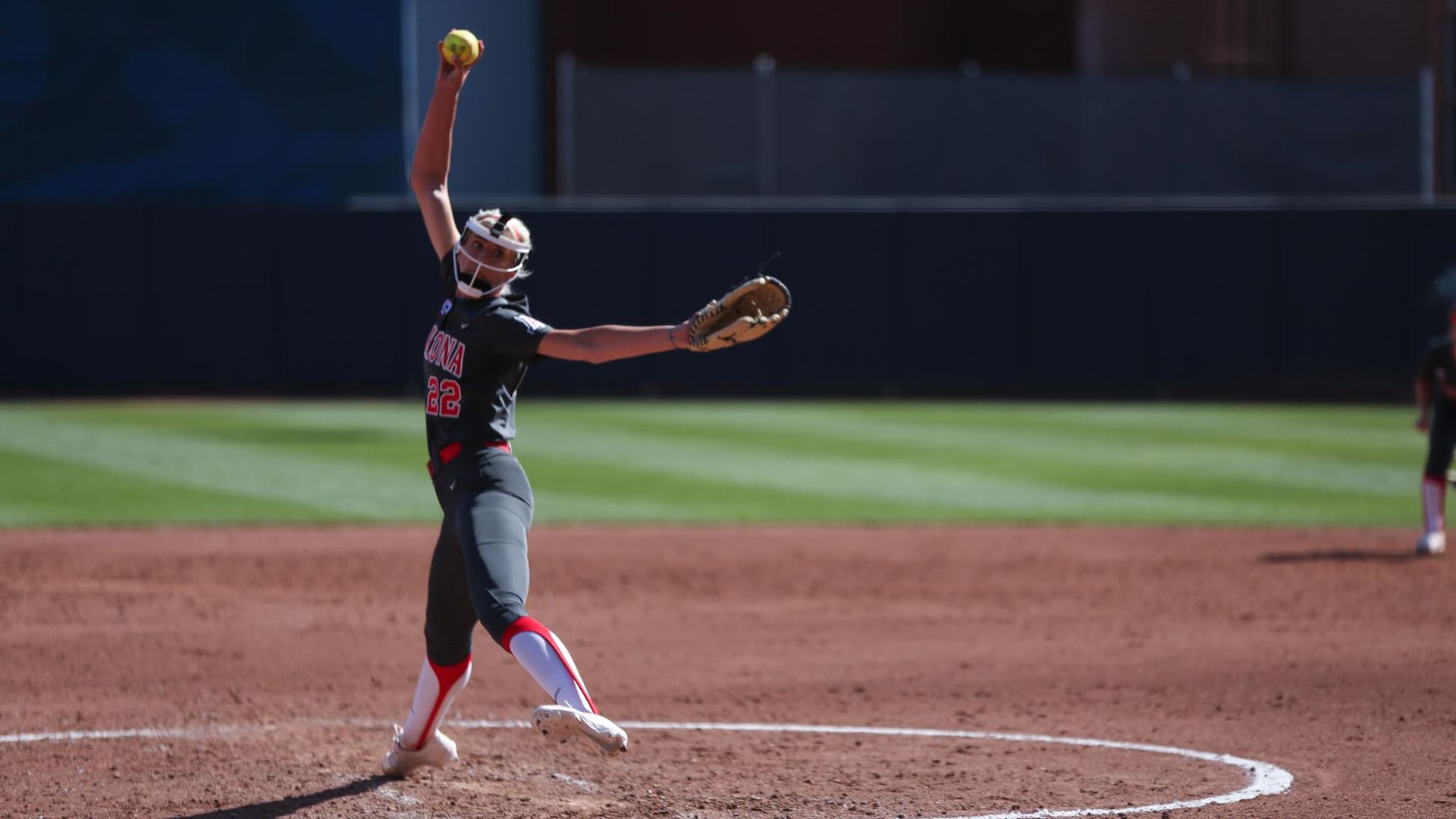 The no-hitter was the second of her career, joining last season’s March 24 no-hitter at Oregon State on her 21st birthday. She is the owner of the last two no-hitters in U of A history, the 92nd and now 93rd in school history.

With the victory, the Wildcats closed out a 4-1 weekend at the Hillenbrand Invitational, with their only loss coming on Saturday to  No. 2 Oklahoma in 10 innings. The Wildcats will enter next weekend’s Mary Nutter Collegiate Classic with a 9-1 overall record, following an exhibition game vs. the U.S. Olympic Team on Tuesday at Hillenbrand Stadium.

Offensively on Sunday, the Wildcats plated six runs on eight hits, but the majority of that came in the first inning when UA scored four times on five hits. Following the four-run first, the Cats plated single runs in the fourth and fifth innings.

Freshman Sharlize Palacios, who missed the first six games of the season with a broken left thumb, hit her first career home run, an opposite-field solo homer in the bottom of the fifth inning.