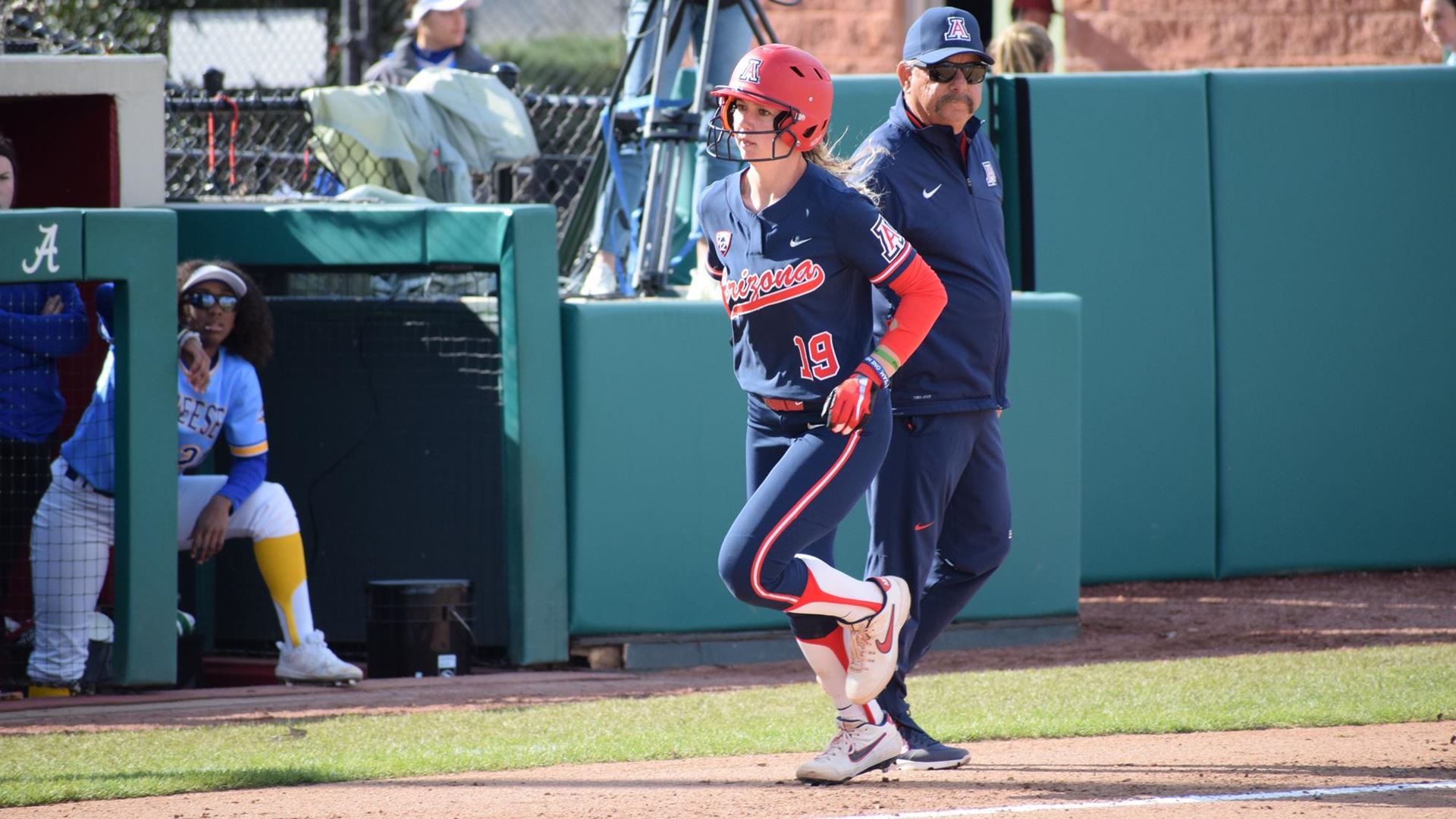 The Friday sweep improved the Wildcats to 14-3 on the season. UA will face the Crimson Tide and the Cowgirls again on Saturday in a doubleheader beginning at 3 p.m. M.S.T.

Alyssa Denham carried a no-hit bid into the top of the sixth inning, but lost both the no-hit and the shutout bids in the frame. The senior allowed two runs on three hits with five strikeouts and two walks in the complete-game effort. She improved to 6-1 on the season.

Eight different Wildcats had hits in the game, led by Harper’s two hits. She had three RBI, Malia Martinez had a pair and Alyssa Palomino-Cardoza and Ivy Davis had one apiece.

Malia Martinez put the Wildcats on top with a two-run single in the bottom of the first inning to give the Cats the early lead after one.

Arizona added a run to its lead in the fourth. After Sharlize Palacios led off with a walk, her pinch runner Isabella Dayton moved to second, third and then home on a trio of productive ground balls, including an RBI groundout from Ivy Davis.

In the fifth, Alyssa Palomino-Cardoza walked with one out and Reyna Carranco followed with an infield single to put two on for Jessie Harper. The senior hit her team-leading sixth home run and 72nd of her career, an opposite-field line-drive homer.

The Cowgirls broke up Denham’s potential no-hit bid with a one-out bloop single in the top of the sixth inning. They followed with two more hits in the frame that scored a pair of runs to end Denham’s shutout bid as well.

Arizona got one of the runs back in the bottom of the inning. Hanah Bowen led off with a pinch-hit double before singles from Ivy Davis and Jenna Kean loaded the bases for the top of the Wildcat order. Palomino-Cardoza delivered a sacrifice fly to give Arizona a 7-2 lead. 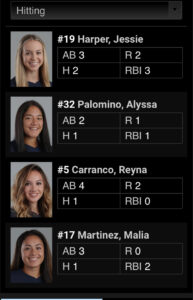 Mariah Lopez delivered a nine-strikeout, one-walk gem, holding eighth-ranked Alabama to one first-inning run, as the Wildcats broke through vs. a top-10 opponent.

After falling to No. 3 Oklahoma in 10 innings and dropping a one-run game to No. 7 Florida the previous two weeks, the Wildcats came out on top in a top-10 showdown, using an Alyssa Palomino-Cardoza RBI single in the top of the seventh inning to lead the Wildcats over the Crimson Tide.

Lopez struck out nine batters in the game, including four of the final six Crimson Tide hitters of the game. She allowed one run on seven hits in the contest and walked just one batter in the complete game. The senior improved to 8-2 on the season.

Lopez outdueled Alabama’s Lexi Kilfoyl in the game. The Wildcats scored their two runs on just four hits in the game, but Arizona turned to its speed to get its offense going.

The Wildcats stole five bases in the game, their most since swiping five bases vs. UC Davis on Feb. 10, 2018. The five steals came from five different players, three of which helped lead to both of Arizona’s runs. In the first inning, the Cats plated their run on a double steal and in the seventh and then used a Jenna Kean steal to get into scoring position to score the go-ahead run.

Arizona plated a run in the top of the first inning on just one hit. With one out, Reyna Carranco singled to left and advanced to second on an error. A passed ball moved Carranco to third base with one out. Sharlize Palacios walked to put runners on the corners. With two down, the Wildcats executed a double steal to grab a 1-0 lead.

The Tide used back-to-back extra-base hits to tie the game in the bottom half. Skylar Wallace tripled and KB Sides doubled her home, but Lopez stranded Sides in scoring position to end the frame.

After both pitchers dominated the second through the sixth innings, the Wildcats finally broke through in the seventh. Kean drew a one-out walk and stole second to get into scoring position for Carli Campbell. A productive groundout moved Kean to third with two out. Palomino-Cardoza delivered an RBI single to left to break the tie.

Lopez shut the door in the bottom of the seventh, stranding the tying run at first.