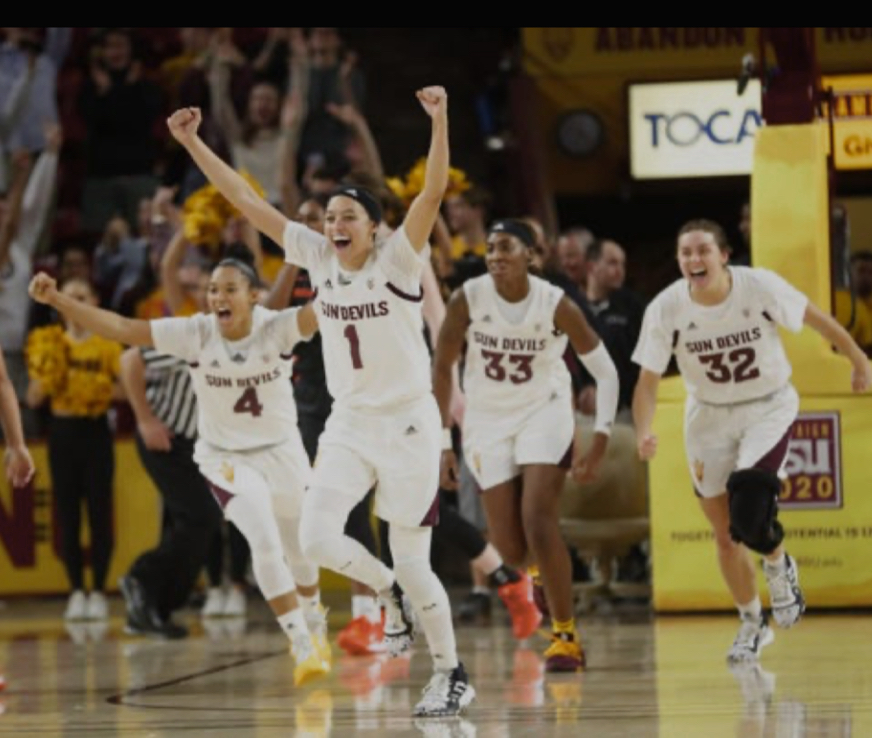 Robbi Ryan gave the Sun Devils the go-ahead basket with 2:14 remaining, and Arizona State was able to hold on, handing Oregon State (15-1, 3-1 Pac-12) its first loss of the season.

It was Arizona State’s fourth consecutive win over OSU, which was in position to take over the country’s No. 1 ranking with a win over the Sun Devils.

The Beavers, who trailed throughout most of the game, erased as 12-point second-half deficit to tie the game at 45 with less than three minutes remaining. 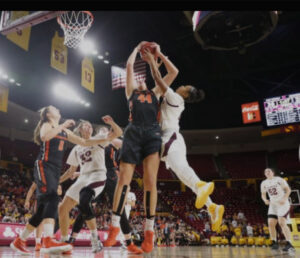 Mikayla Pivec and Destiny Slocum scored 13 points each to lead OSU, while Taylor Jones had 11 points and 13 rebounds.

Oregon State jumped to a 4-0 lead two minutes into the game, then spent the next 12 minutes in frustration while trying overcome ASU’s sticky man-to-man defense.

Arizona State didn’t allow the Beavers to get many clean shots, often forcing desperation chances with the shot clock expiring. The result was that Oregon State missed 16 consecutive shots and went more than 11 minutes without scoring.

Pivec finally broke through with a layup with 6:49 left in the second quarter, ending a 14-0 run by the Sun Devils. Arizona State led 24-14 at halftime, as OSU made only 6 of 32 shots – and went 0 of 10 from three-point range – during the first half.