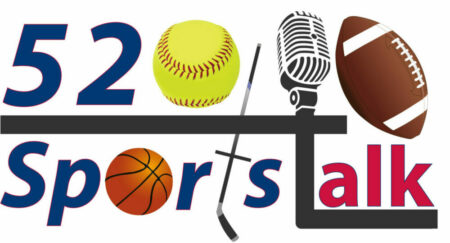 In his senior season Bijan racked up 2116 yards, 37 touchdowns and averaged 19.6 yards per carry.  The Texas Longhorn commit broke state records for rushing and touchdowns. Bijan’s numbers will continue to climb as the Lancers are still playing in the newly formed Open Division playoffs. Congratulations Bijan on an amazing year.

Senior Brandon Barrios, in his first year as a starter, broke on to the scene with 1491 rushing yard, 109 receiving yards, 215 kick return yards, for a total of 1815 yards for the year. Brandon also had 5 tackles with 1.5 tackles for loss on defense. Brandon has multiple college offers. Congratulations Brandon on your senior season.

Please join 520 Sports Talk in congratulating both Bijan and Brandon on their sportsmanship, leadership and hard work in the classroom and on the field.

Salpointe Catholic – the remaining school from Southern Arizona in the playoffs. The #4 Lancers play #1 Chandler on Saturday, November 23, 2019 6 PM at Chandler High School. The winner of this game will play for the Open Division Championship on December 7, 2019 4 PM in Sun Devil Stadium. They will play the winner of #3 Saguaro and #7 Hamilton.

The Lady Cat’s returned home after taking down #22 Texas. A win that saw Aari McDonald score 44 points earning her player of the week honors for NCAAw and the Pac-12. Although the Wildcats are not ranked in the NCAA Poll (they did receive 53 votes) they are ranked in the Coaches Poll at #24. This is the first time since 2004 that Arizona has been ranked.

Arizona took on Prairie View A&M (Texas) on Wednesday, November 20, 2019. The Lady Cats dispatched the Lady Panthers 83-48 in front of 8,542 in McKale Center. Aari McDonald was one rebound shy of a triple double. McDonald ended the game with 10 points, 14 assists and 9 rebounds.

Next up for the Lady Cats, the Montana Grizzlies (Lady Griz) of the Big Sky Conference. Game is at 2 pm on Sunday, November 24, 2019 in Montana.

It’s fair to say there is something magical happening in the Arizona women’s basketball program thanks to Adia Barnes and her coaching staff.

Th New Mexico State Aggies arrived in McKale on Sunday, November 17, 2019 to take on the #14 Arizona Wildcats. The Cats notched another W beating the Aggies 83-53. Arizona moves to 4-0 on the season.  The South Dakota State Jackrabbits are next up for the Wildcats. Game is Thursday, November 21, 2019 at 9 PM in McKale Center. You can catch the game on the Pac-12 Network.

For two weeks in a row Zeke Nnaji won the Pac-12 Freshman of the week award. Nnaji, who can’t seem to miss a shot, is providing the Wildcats with physical inside scoring. But, he isn’t just about offense. Nnaji makes his presence felt on the defensive side of the ball as well.  Will it be a Zeke sweep for a third week? Wildcat Nation will be waiting and watching.

The Wildcats spiked their way through the state of Oregon sweeping University of Oregon (3-0) and beating Oregon State 3-2. After struggling through injuries early in the season the Cats are now 14-14 overall and 4-12 in conference play. Arizona hosts the Washington schools on Friday and Sunday. The match with #14 Washington starts at 7 PM on Friday, November 22, 2019 and first serve against #22 Washington State is at 12 PM on Sunday, November 24, 2019.