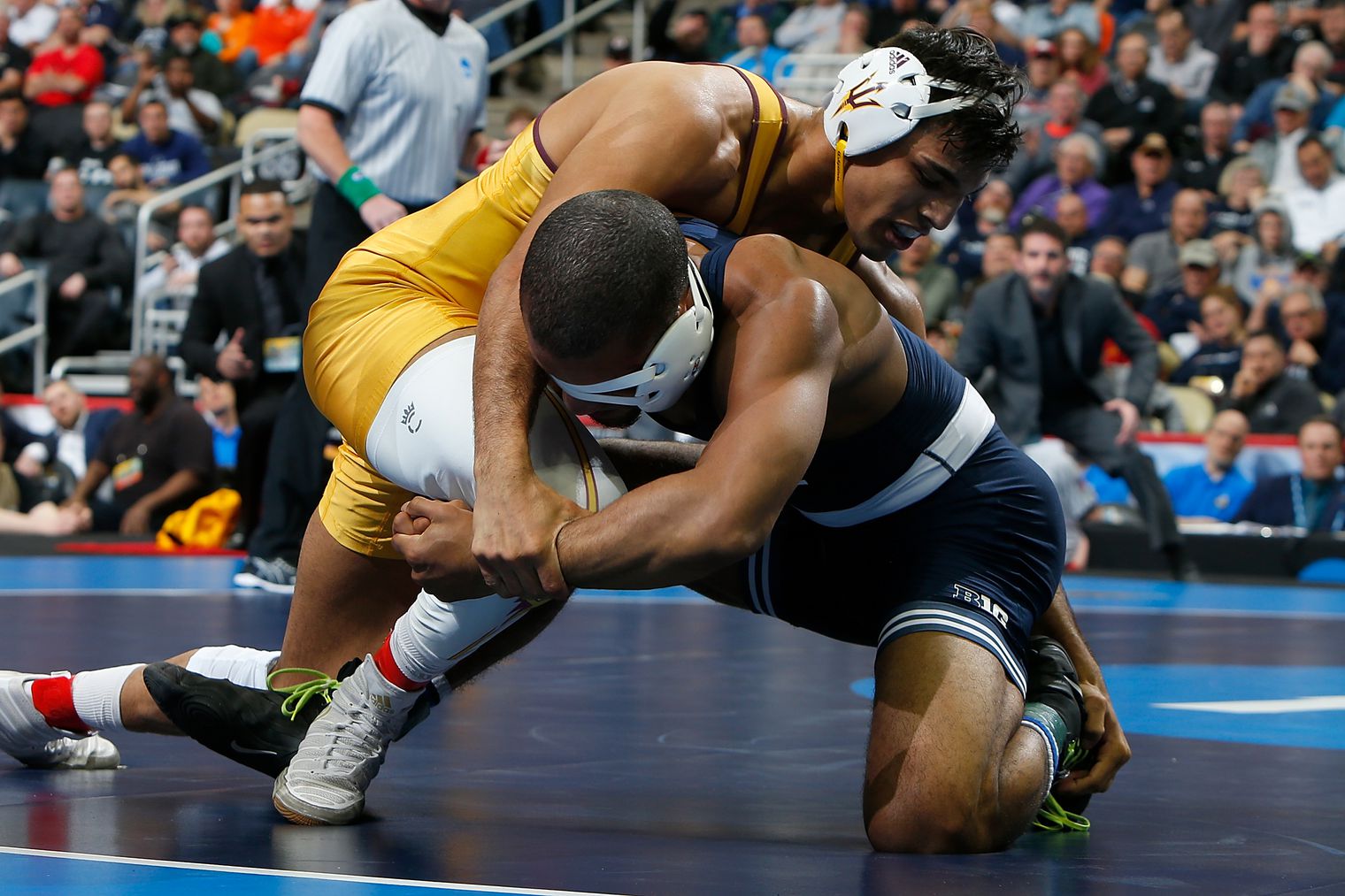 Arizona State started off the dual with all the momentum, as No. 19-ranked Brandon Courtney rolled to an 18-7 major decision over Penn State redshirt freshman Brody Teske at 125 pounds. The Sun Devils kept that momentum rolling into the 133-pound bout, when No. 16 Josh Kramer made Penn State’s Roman Bravo-Young fight to hold on for the 8-7 win.

Nick Lee got the Nittany Lions back in the match with an 18-3 technical fall of Cory Crooks to give Penn State its first lead of the night, 8-4. Arizona State took the next two bouts with a 5-4 decision by Josh Maruca over Jarod Verkleeren at 149, and a 9-4 decision by freshman Jacori Teemer over Bo Pipher at 157.

Penn State retook the lead after the intermission with two big wins from seniors Vincenzo Joseph and Mark Hall. Joseph earned a 7-4 decision over former high school training partner Josh Shields at 165, and Hall put up an 11-3 major decision on Anthony Valencia at 174.

Penn State heavyweight Anthony Cassar beat Tanner Hall 9-5, but it wasn’t enough to give the Nittany Lions the win, as ASU pulled the upset. The last time Penn State lost a dual was on Feb. 15, 2015 against Oklahoma State.