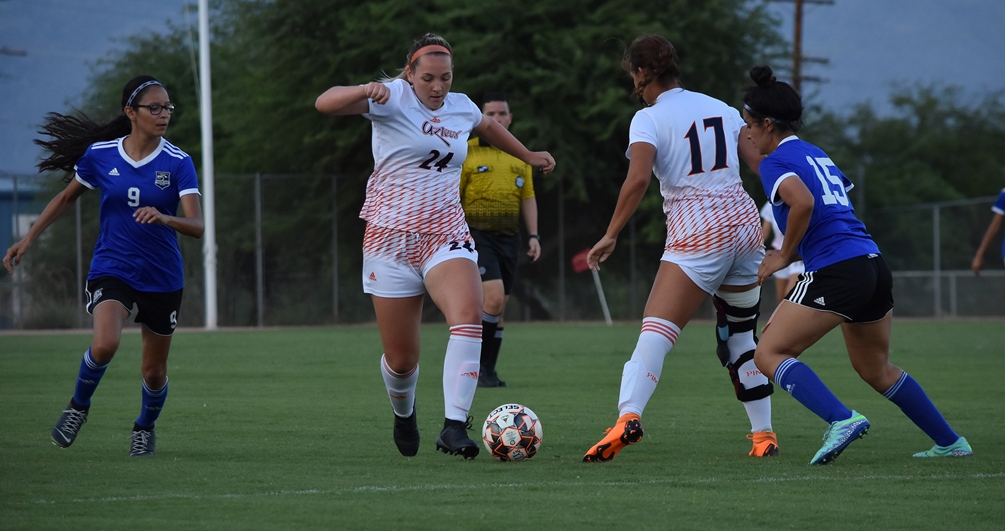 The Aztecs capped off the week by scoring eight goals for the second straight game in their 8-0 win at South Mountain Community College (0-9, 0-4).

Sophomores Brianna Lewis (Tucson HS) and Savannah Robinson (Cienega HS) each scored two goals for the Aztecs. Lewis netted the first and final goals of the game while Robinson scored back-to-back goals in the 65th and 71st minutes.

Freshman Litycia Espinoza (Sahuarita HS) finished with three assists. She found sophomore Taylor Gutierrez (Tucson HS) for her goal in the 20th minute to make it 2-0. Her final two assists were on Robinson’s goals to put the Aztecs up 5-0 and 6-0.

The Aztecs finished with 22 shots on goal for the game while the defense held the Cougars to one shot. Sophomore Jorie Paul (Cienega HS) had one save.

Since giving up six goals in their first game of the season, the Aztecs have surrendered just four goals to their opponents in the last eight games; including shut out wins in four of their last seven games.

The Aztecs will hit the road for the fifth straight game as they play at Phoenix College on Thursday. Kickoff is set for 4:30 p.m.