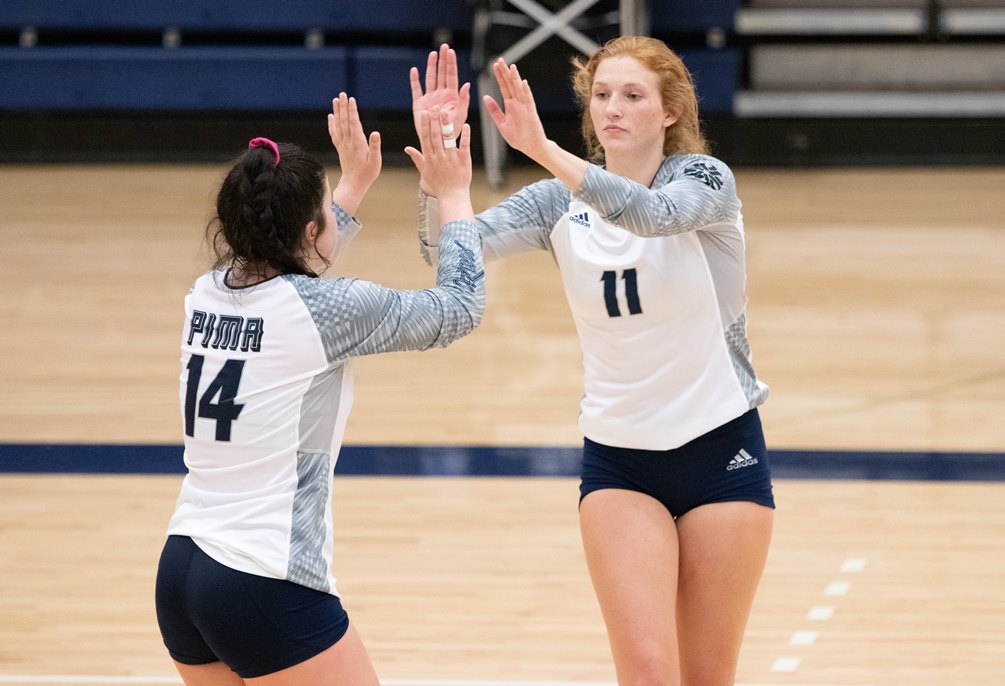 The Aztecs scored the first nine of 11 points in the second set capped off by freshman Aydalis Felix’s (Rincon HS) ace. Up 12-10, the Aztecs scored eight straight points to take a 20-10 lead. Sophomore Grace Adams (Sabino HS) capped off the set with an ace to put the Aztecs up 2-0 in the match.

The Aztecs put the pedal to the medal again as they outscored the Coyotes 15-4 to begin the third set. Pima never trailed by less than seven points for the rest of the set.

The Aztecs will be back at the West Campus Aztec Gymnasium on Wednesday when they host No. 16 ranked Scottsdale Community College. First serve is at 7:00 p.m.